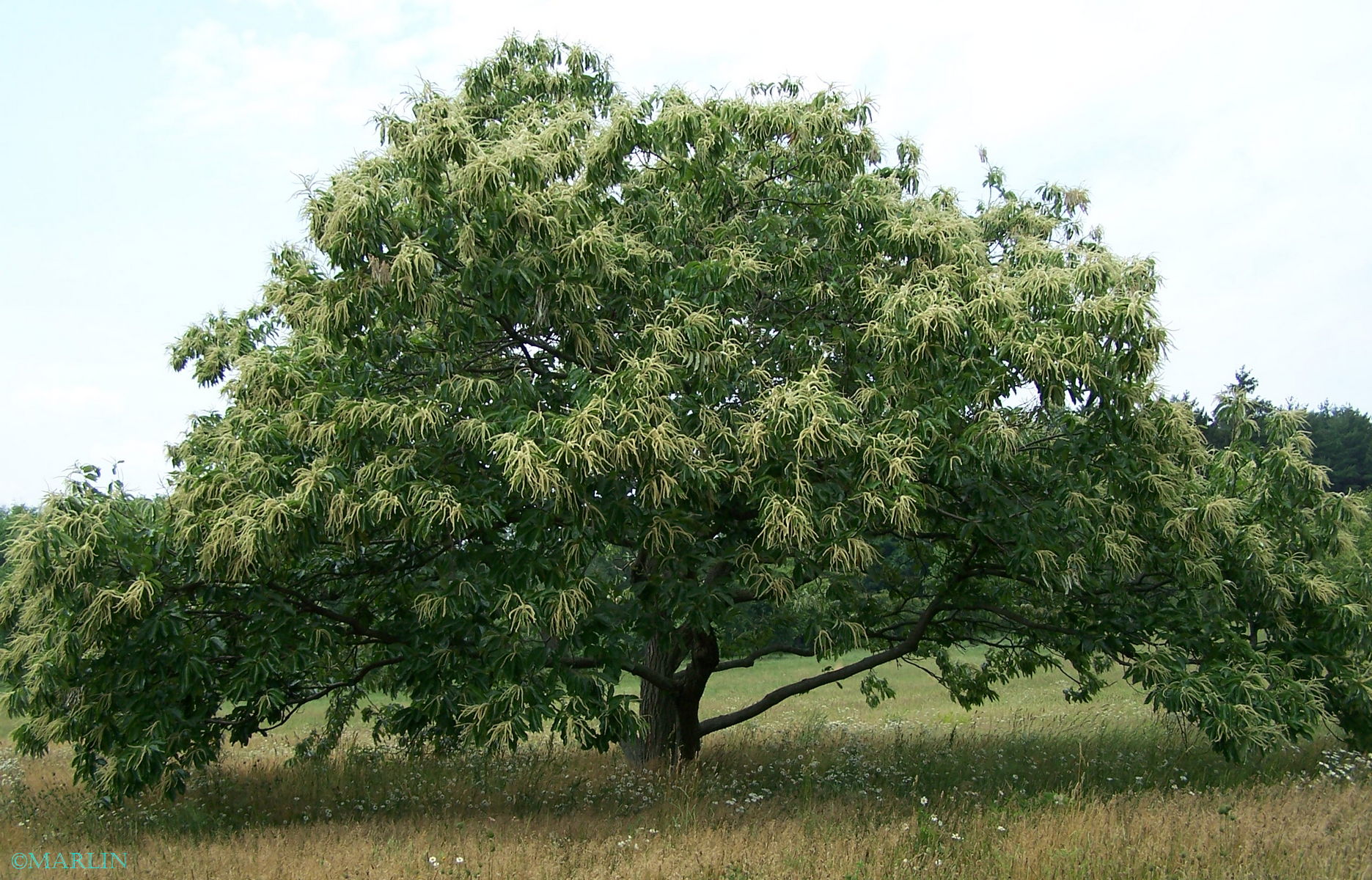 American Chestnut (Castaneta dentata) is gone from the forests, a victim of the chestnut blight caused by a fungus that began spreading in New York City in 1904. Within 40 years, a once abundant species was nearly wiped out. Fortunately, there is no threat of extinction; roots of long-dead trees send out new sprouts that are themselves eventually killed by the blight, and trees are cultivated in western states and other areas where the disease is absent. 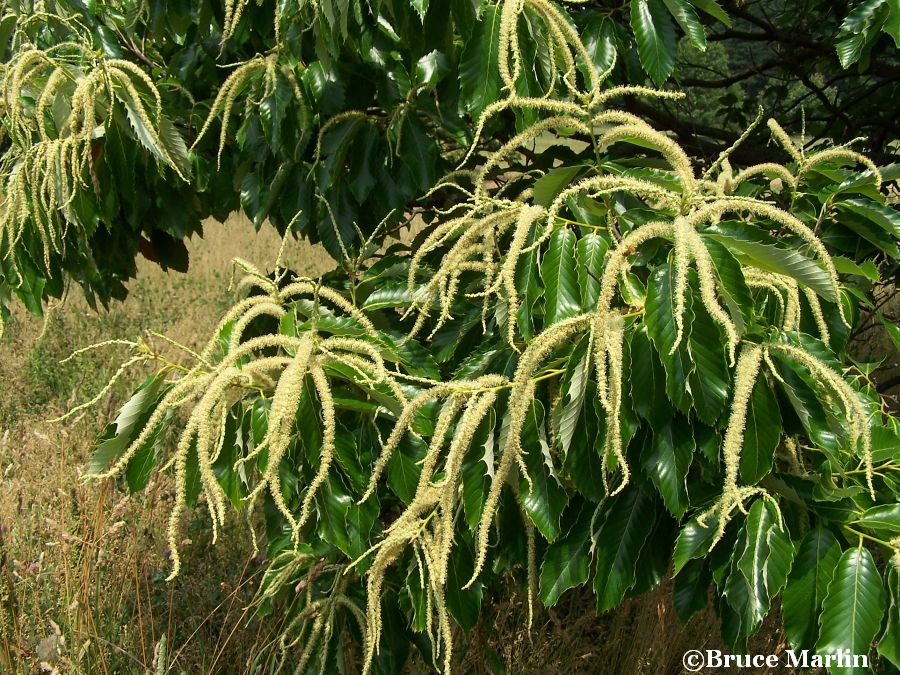 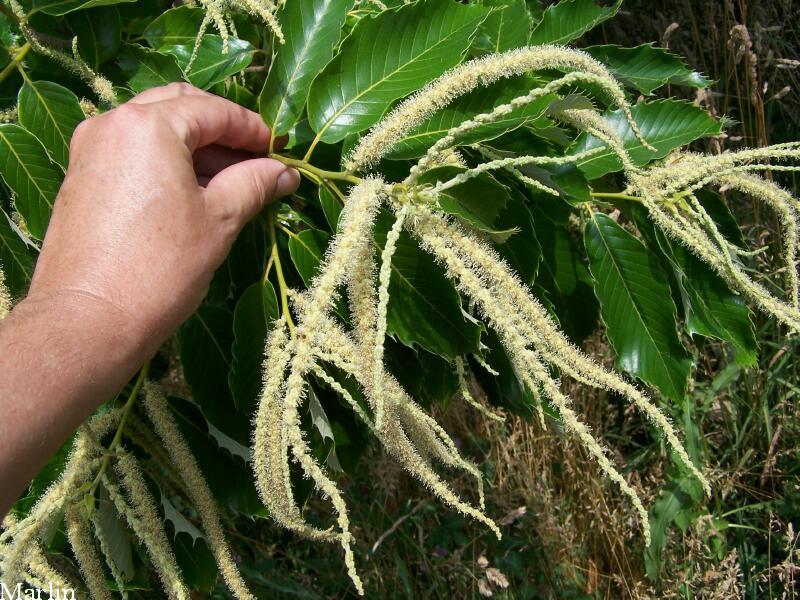 Blight-resistant hybrids of American and Chinese chestnuts are being developed for ornamental and shade trees. The wood of this species was once the main source for tannin, and the edible chestnuts were a large commercial crop. The leaves were used in home remedies for various ailments. 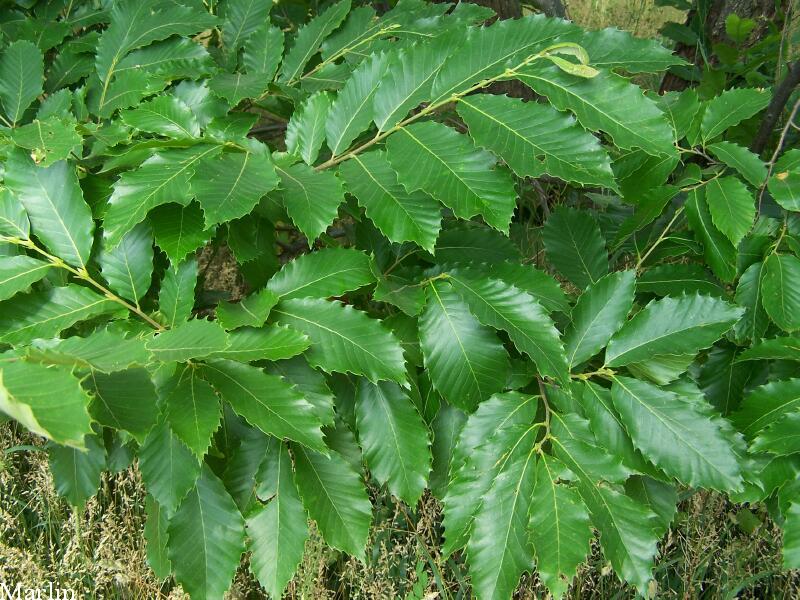 Leaf: alternate, simple, oblong to lanceolate, 5 to 8 inches long, pinnately veined, sharply and coarsely serrated with each serration bearing a bristle tip, dark green above and paler below. Both sides are hairless.