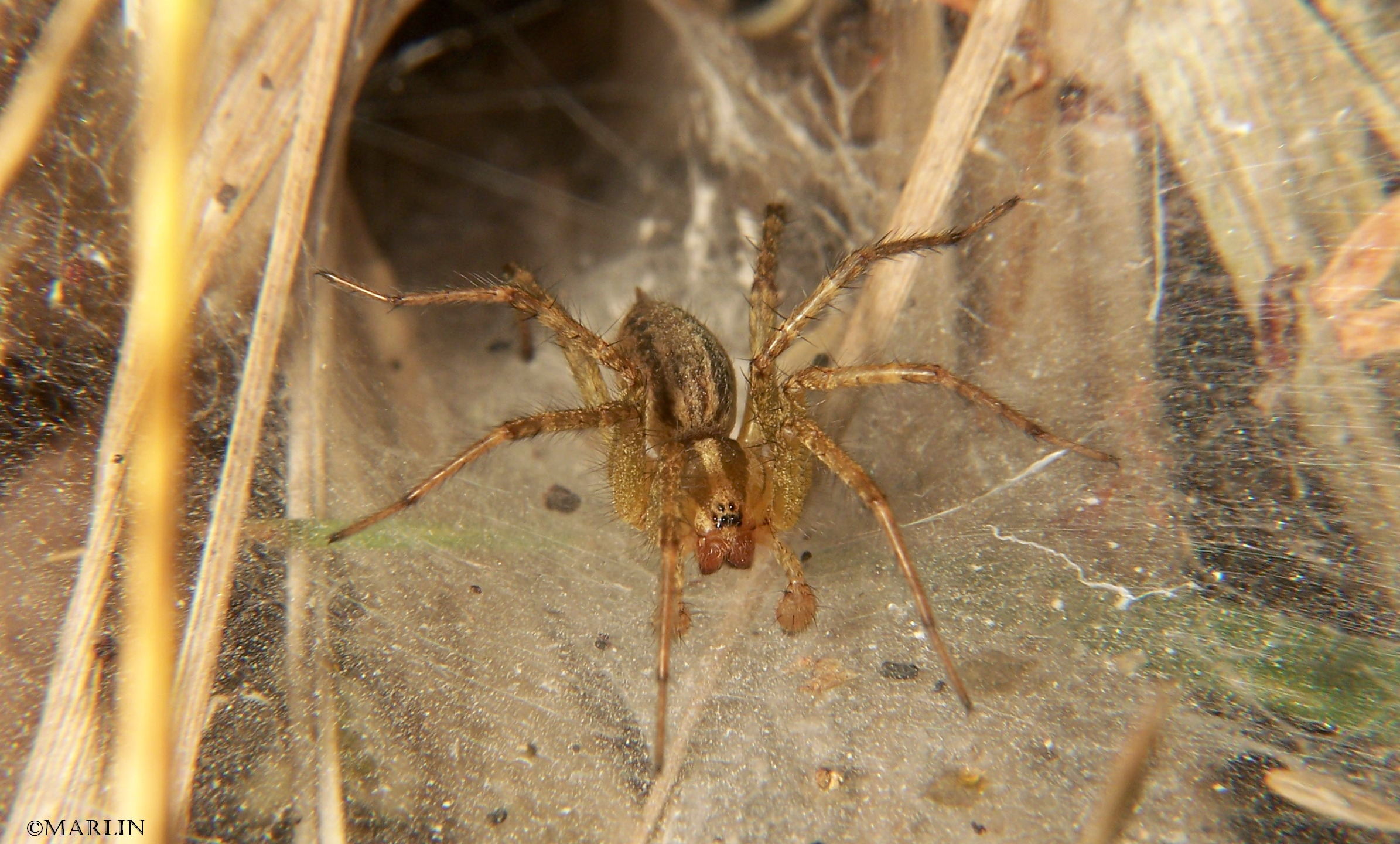 There are over 400 North American species of funnel weaver spiders in the genus Agelenopsis. They spin sheet webs of non-sticky silk with a characteristic funnel extending off to one side. The funnel is where the spider hides while awaiting prey. When something blunders onto the web, the spider quickly attacks and immobilizes the unfortunate creature, then drags it into its silken retreat where it can dine unmolested. These sheet webs are nearly invisible unless covered with dewdrops on a cool morning [1]. 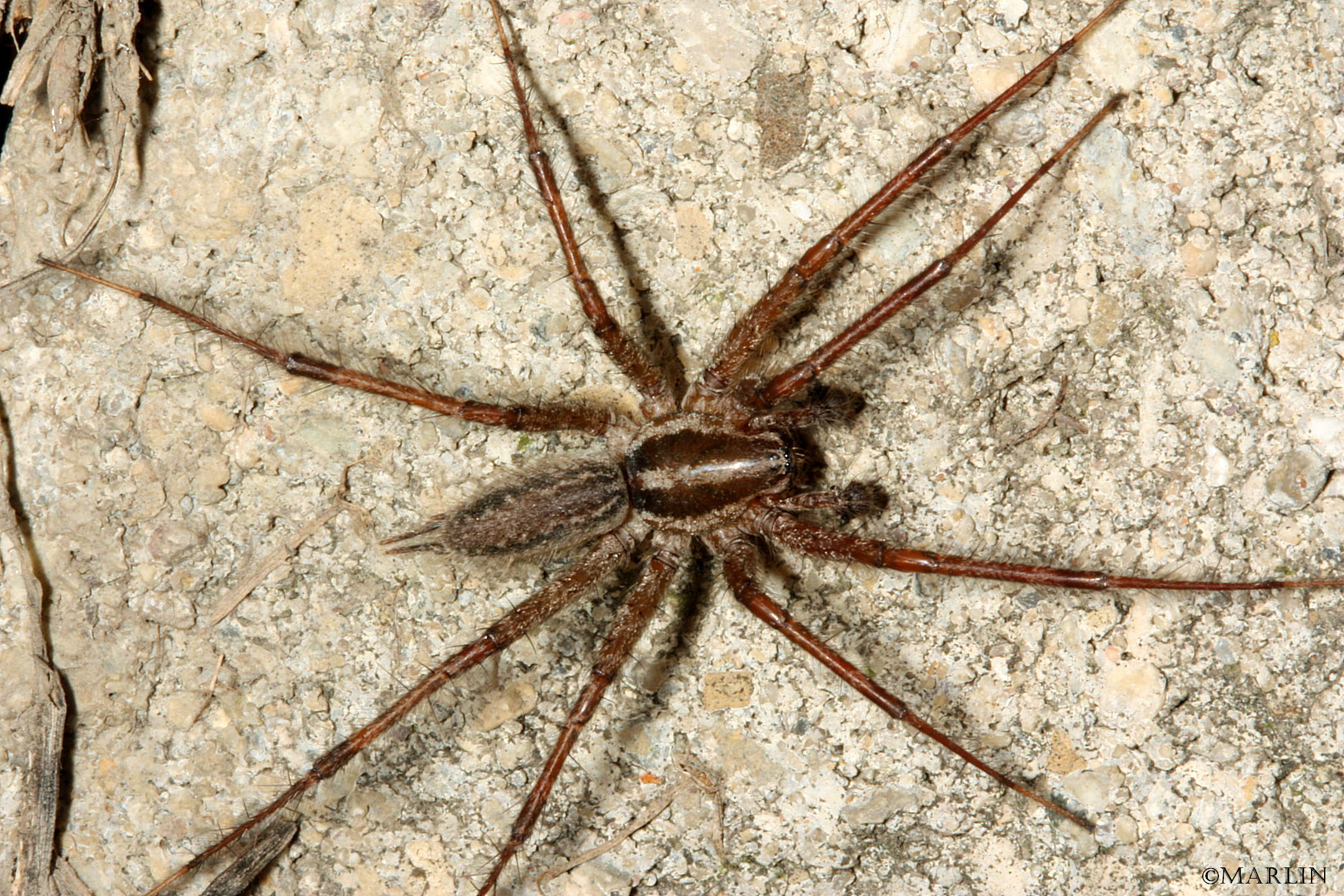 Grass spiders are closely related to the so-called Hobo spider (Tegenaria agrestis), found in the Pacific Northwest. The hobo spider has been rapidly expanding its range since its introduction (from Europe) into the Seattle, Washington area in the 1930s and has moved into neighboring states. It has been implicated as a spider of ‘medical importance’ as several studies indicated the hobo spider bite caused necrotic tissue lesions (helpfully termed ‘necrotic arachnidism’) either through the actions of hemolytic venom, or the introduction of pathogenic bacteria into the wound. 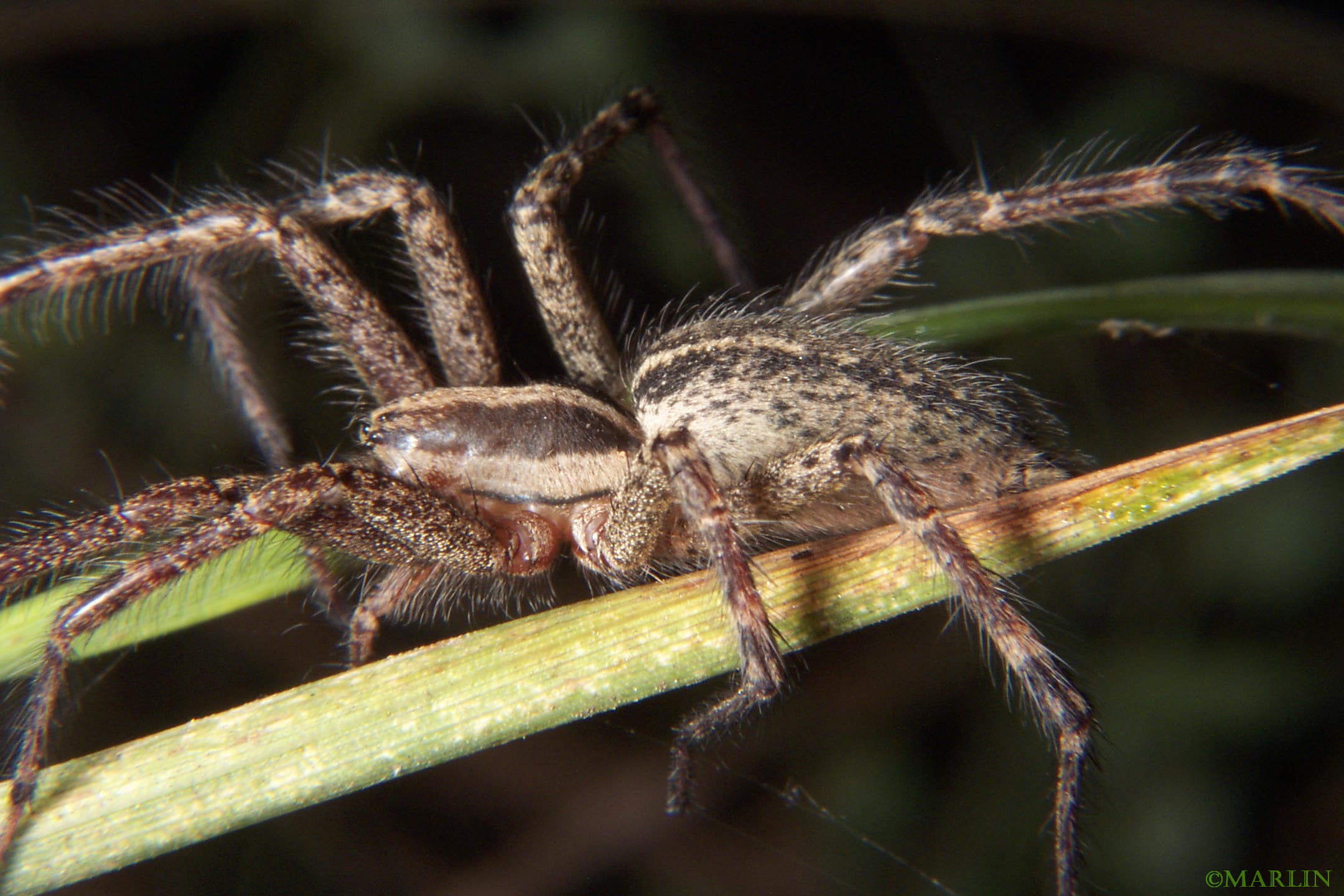 A 2009 study conducted on T. agrestis spiders collected around homes in Spokane, Pullman, Bellevue, and Puyallup Washington revealed no hemolytic aspects of the venom, and no bacteria other than those routinely found in soil, in the air, or even human skin. In addition, the spiders were shown to be incapable of transmitting methicillin-resistant Staphylococcus aureus (MRSA)  even when exposed to surfaces saturated with the bacillus [2]. 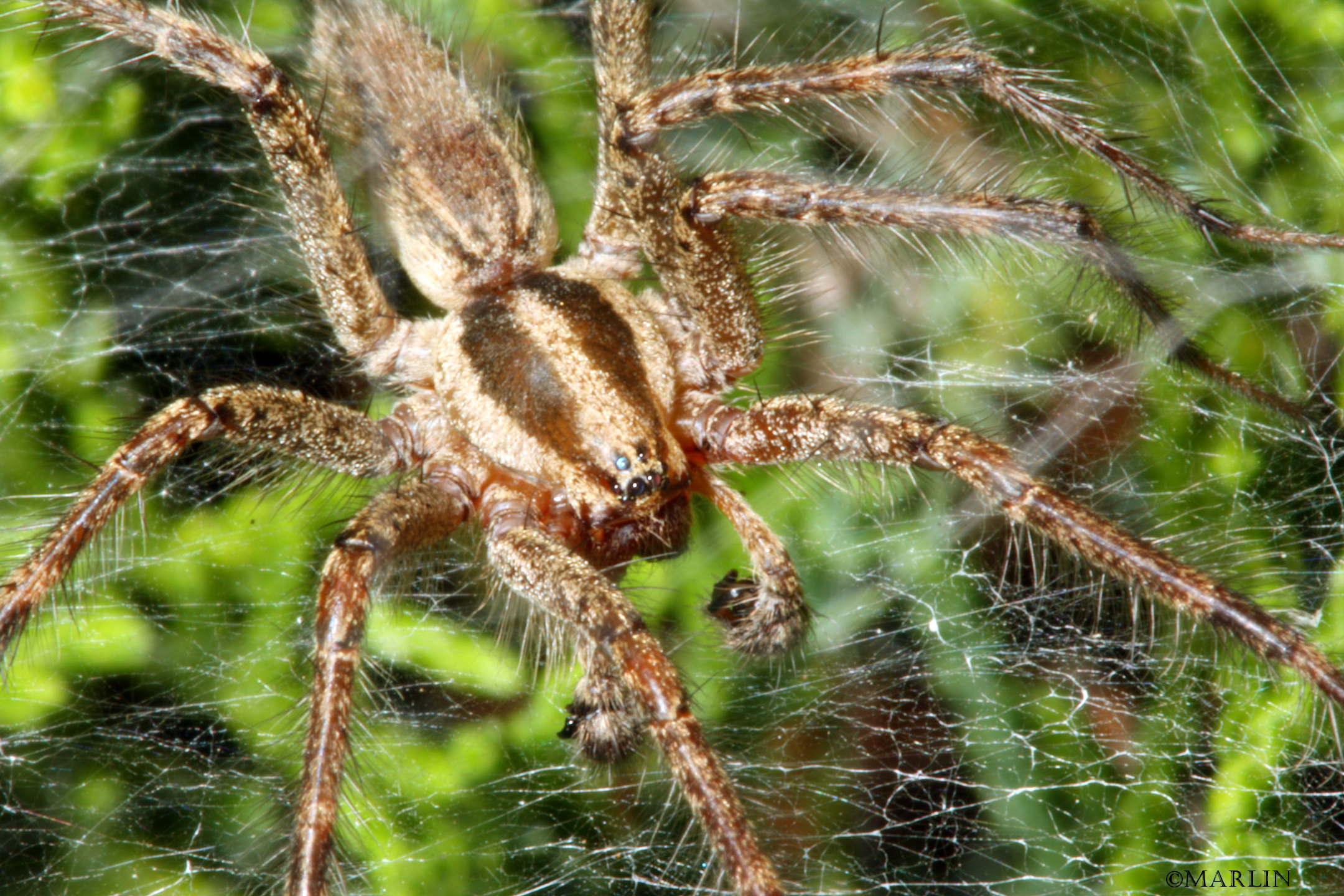