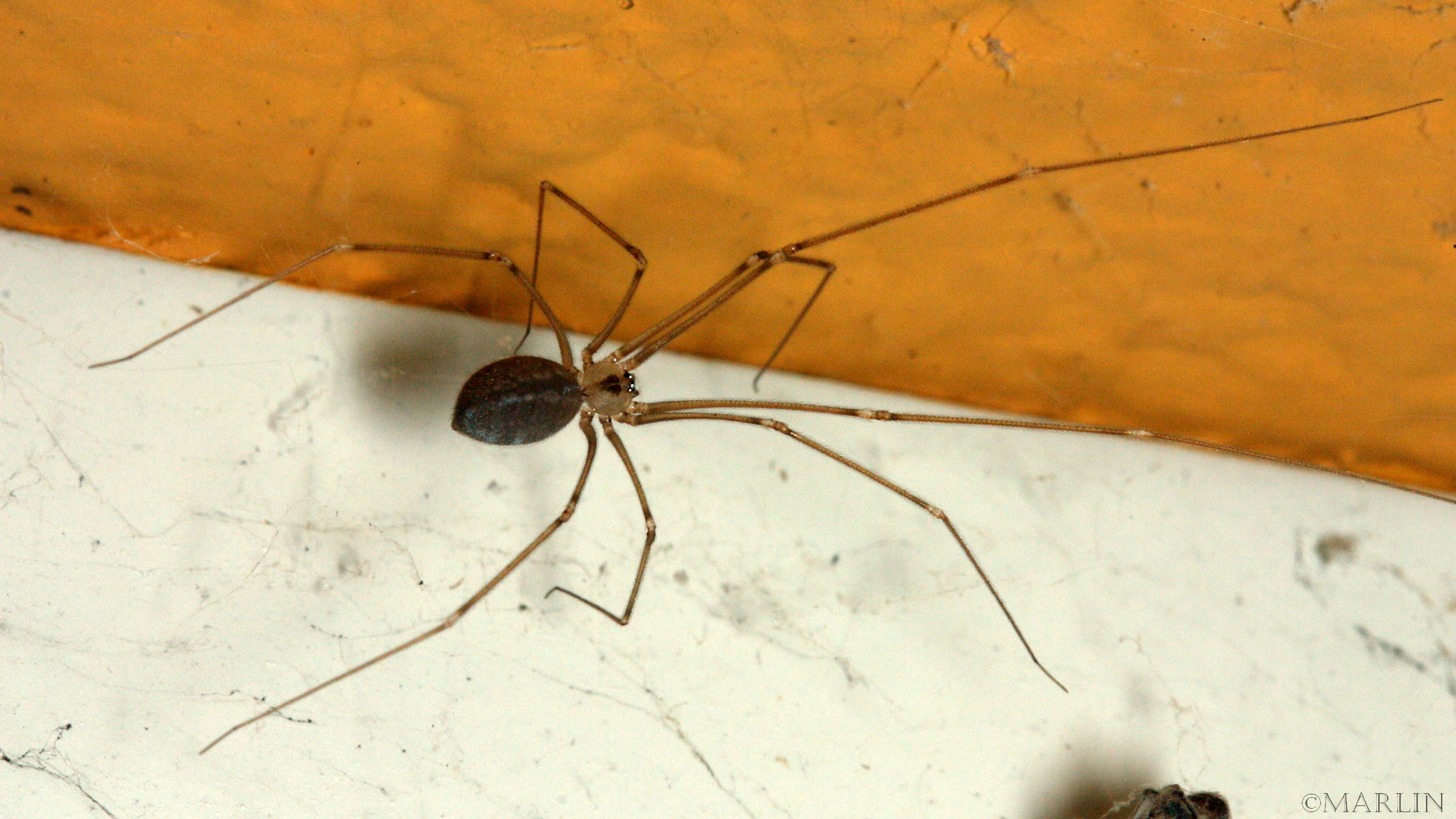 This large but wispy spider is commonly called the cellar spider, after its habit of living in dark, out-of-the-way places. Often confused with harvestmen in the order Opiliones,  (species epithet phalangioides = “like or resembling (genus) Phalangium”) they also share another whimsical common name: daddy longlegs.

The cellar spider can be found worldwide in many situations, including outdoors. Their wisp-like coloration, translucent and nearly transparent in some aspects, this spider is adept at hiding in plain sight. 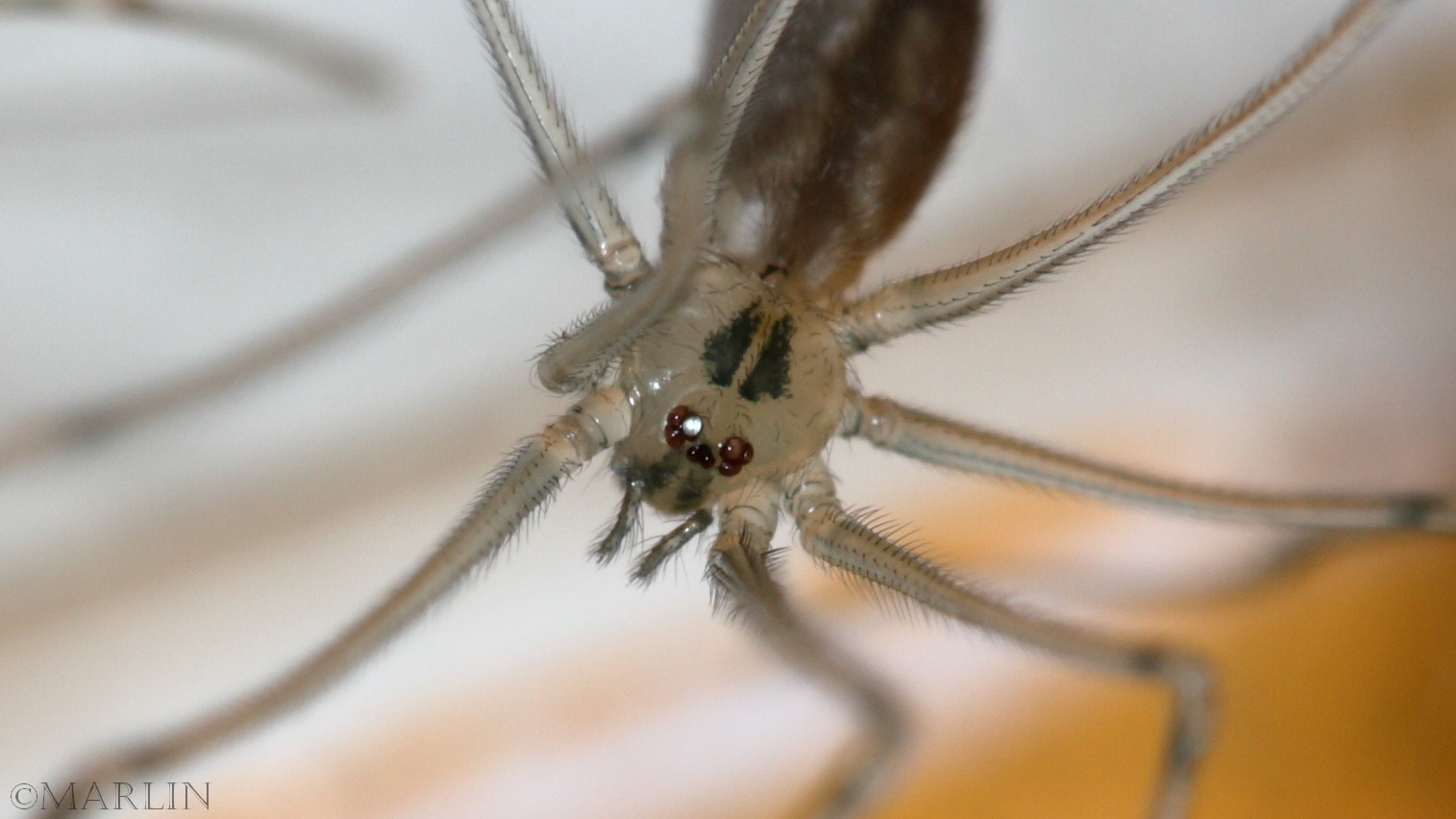 These spiders have at the back of the eye a reflective membrane called a tapetum [1]. It is this surface that aids in night vision and causes their eyes to reflect light and shine in the dark, like a cat’s eyes. Most sedentary spiders have relied on their sense of touch for so long their vision is thought to be poor. 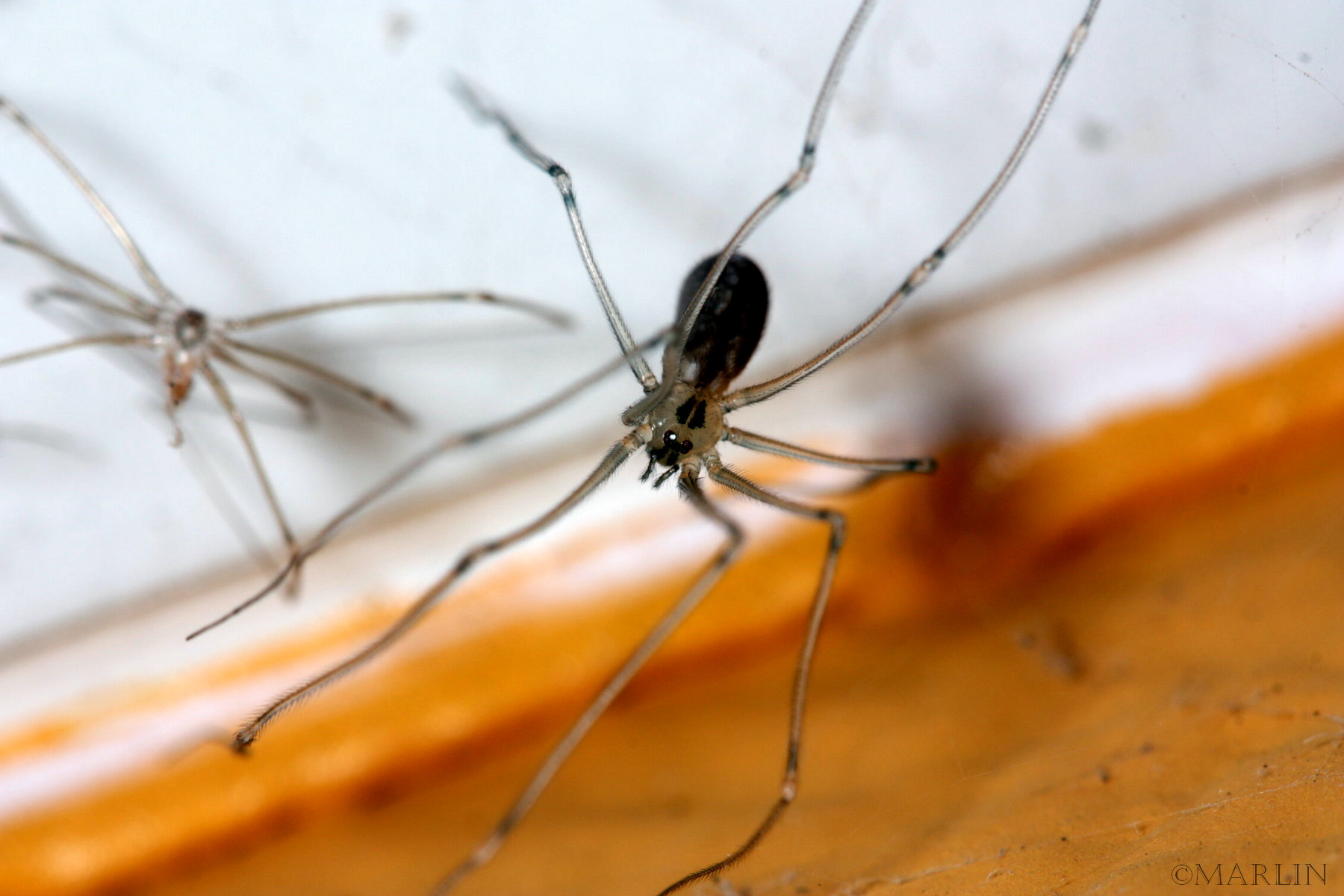 There is a famous old wives’ tale (now internet meme) about this family of spiders (and the harvestmen as well): that their bite is the most dangerous, or their venom is the most lethal known to man. However, neither these spiders nor the harvestmen have the equipment for delivery of any but the tiniest amounts of venom, and that dangerous only to the small creatures, i.e. flies, other spiders, etc.