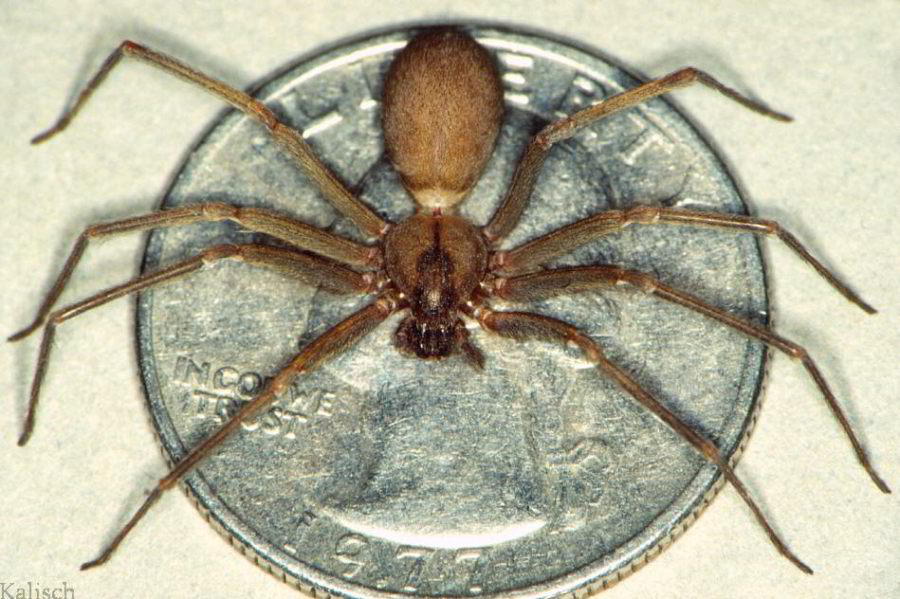 A definitive physical feature of recluse spiders is their eyes: most spiders have eight eyes that typically are arranged in two rows of four, but recluse spiders have six equal-sized eyes arranged in three pairs, called dyads. There is a dyad at the front of the cephalothorax (the first main body part to which the legs attach) and another dyad on each side further back.

April 4, 2008
The Associated Press reported today a woman in St. Louis County, the St. Louis suburb of Town and Country, to be exact, was killed by a bite from a brown recluse spider.

“Rita Brumm, who was active in many community organizations, died of complications from a bite she received nearly a month prior, from a spider hiding in a sweater she retrieved from a closet. She was 40 years old. Dr. Michael Mullins at Barnes-Jewish Hospital said, “Brown recluse bites are common, but fatalities are extremely rare.” –Editor’s note: Brown recluse spider bites are rare despite what Dr. Mullins says. 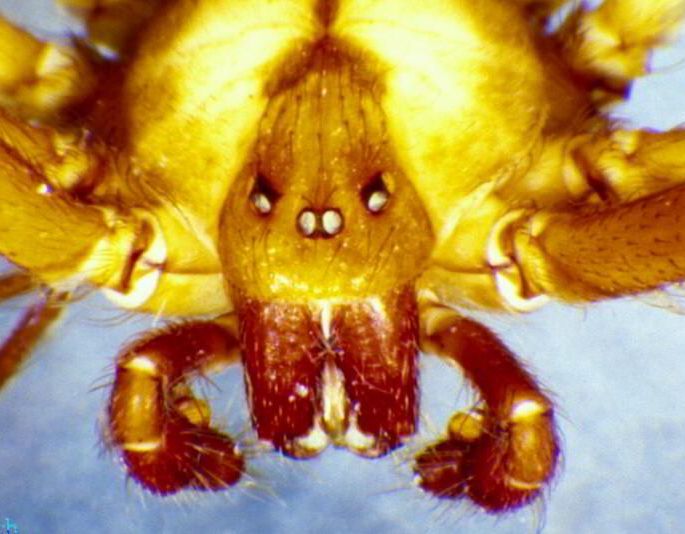 It is almost impossible to eliminate recluse spiders from a building once they get established. The best you can hope for is a significant reduction in the numbers of spiders and take steps to reduce the chances of being bitten. Use sticky traps to trap spiders. Every one you catch is one less recluse that can bite you. Prevent spiders from occupying your beds: Remove bed skirts from beds, and move the bed away from the wall. Remove everything from under the bed so that the only way the spiders can get up on the bed is to crawl up one of the four legs.

Bites have occurred when people put on clothes that had been lying around for several weeks or months, and pressed the spider against their skin. Don’t throw clothes on the floor and then wear them the next day. If you do, shake them out or squish them into a ball before putting them on. Inspect shoes before inserting feet. 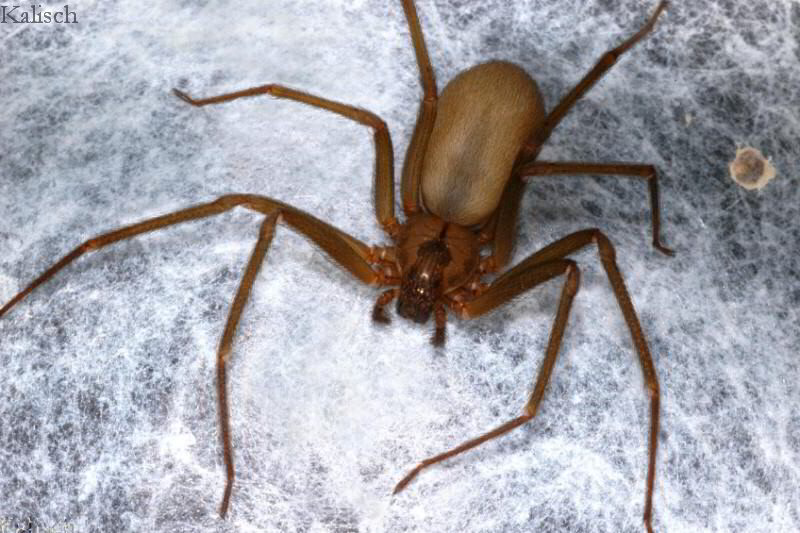 When you store things in the garage, basement or attic, put them in plastic bags that you can close with a plastic zipper lock or twist-tie. Be careful when you move things out of storage areas, in particular, cardboard boxes. Recluses like to hang out in the space under folded cardboard flaps. Be careful when you carry the boxes as you might place your fingers on a recluse when you pick up the box or press a recluse against your body when you carry it. Remove any spiders inside boxes using a vacuum cleaner and dispose of the bag. Reseal all open edges of cardboard boxes with tape before restoring them.

Clean up clutter and junk that is lying around. Recluses love clutter and prefer to live under and between items, such as plywood, tarps and cardboard on the ground. (This advice is equally valid for the Black Widow spider.)

Do not stack wood against your house. Recluses like woodpiles and if they take up residence inside wood stacked next to a house, there is more chance that they will wander into the home. Move the woodpile as far from the house as possible, stack it off the ground and cover it with a tarp. These steps make the firewood less attractive to insects and the spiders that feed upon them. Also, when you pick up wood, wear gloves. Of course, check the gloves first for spiders, or stomp on the gloves first to squash a spider (as disgusting as it might seem to put on a glove with a squished spider in the finger, squished spiders don’t bite.)