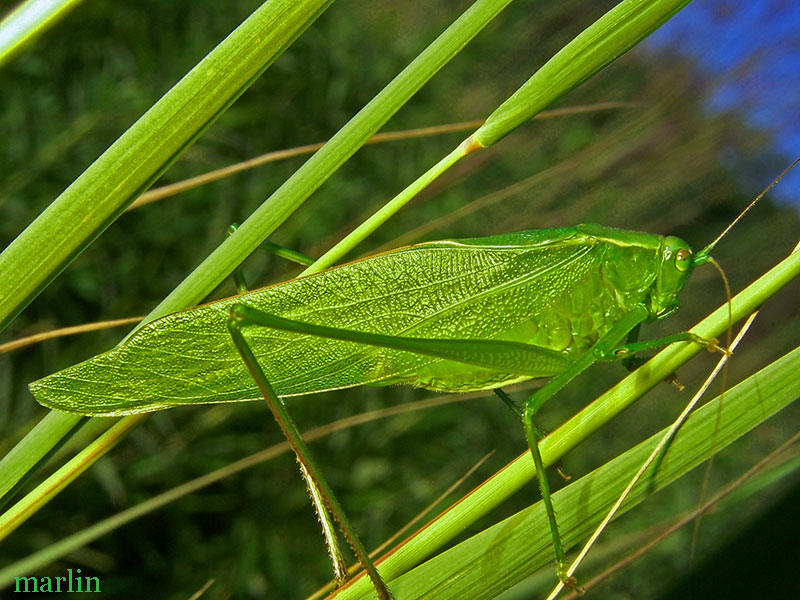 The katydids are large, green insects with long antennae and large wings, eminently capable of flight. They are all phytophagous (herbivorous). There are approximately 245 species of Tettigoniidae in North America. I found this stunning specimen wandering about in a field of tall grass – an old abandoned farm field. He posed for a few photos before suddenly bursting into flight, as is their wont when threatened; they rarely fly far. 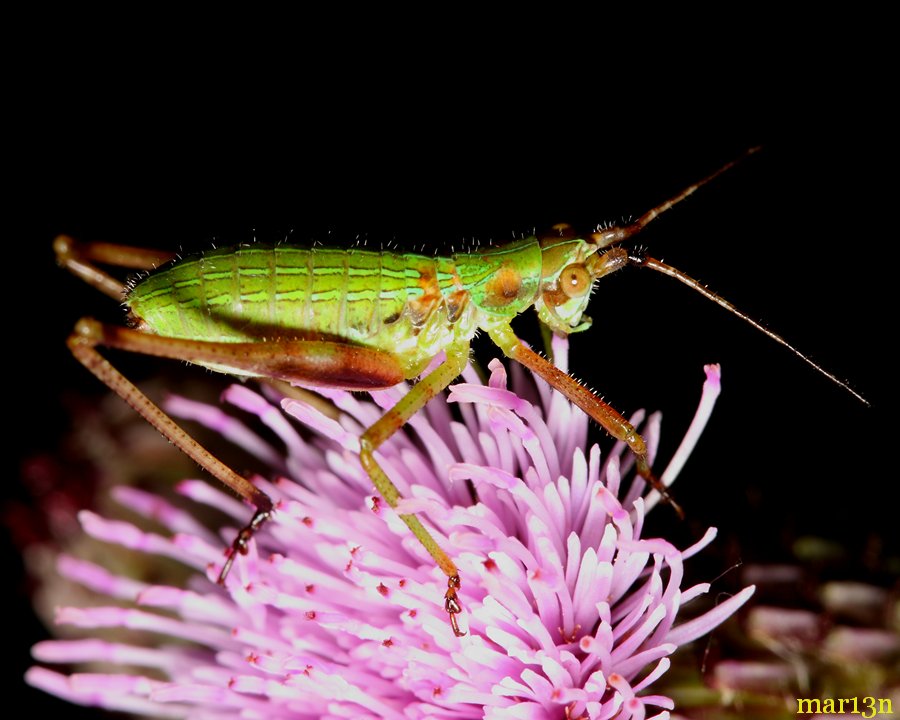 Called bush-crickets by the Brits, these charming creatures (the males) are capable of stridulation and the background noise in such locations consists largely of their songs along with their close relatives, the crickets. As you can see, the camouflage is superb, matching exactly the color of the surrounding greenery, and their wing veins closely resemble patterns in the leafy foliage they mimic.

This from Tree of Life: “Katydids are found on all continents except Antarctica and in an assortment of habitats from tropical forests (Heller 1995) and peat bogs (Vickery and Kevan 1985) to montane alpine zones ‘far above the last outposts of trees’. Within these habitats, virtually all tettigoniids are associated with vegetation, particularly during inactive periods when the insects retreat into (or onto) leaves.