The so-called “crackling” forest grasshopper refers to the loud sounds these insects make when disturbed. They fly up and away while flashing a very-visible yellow band on their hind wings and emitting a sound very much like that of a rattlesnake. It has been conjectured they have evolved this in mimicking the rattler’s warning sound. Other entomologists claim the noises are for the benefit of the females, a sort of  “Hey, look at me” thing.  Either way, it’s a startling, annoying habit, and these hoppers are extremely numerous at many locations in the Rocky Mountains.

I have seen these hoppers hover for as long as 30 seconds, and I have seen skipper butterflies attack those so engaged, even though the hopper may be 2 or three times the size of the butterfly. 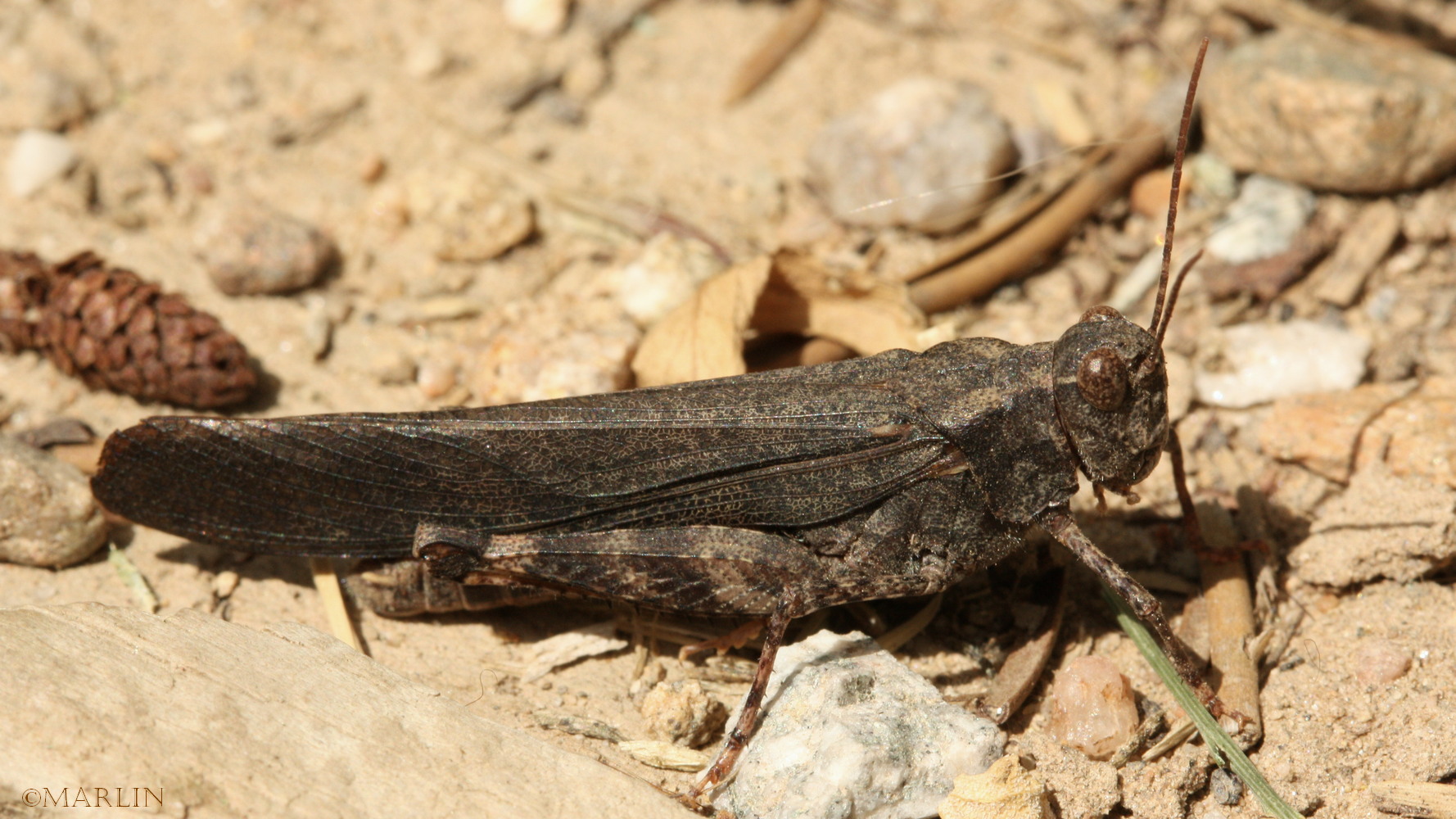 There are more than 20,000 species in the order Orthoptera. These diverse insects are found worldwide, although their numbers are concentrated in the tropics. They vary in size from less than 5mm to monster-big grasshoppers over 4 inches long, with 10-inch wingspans. Orthopterans are some of the most common insects in many landscapes, and the order includes some of the most destructive agricultural pests in the locusts and katydids. Most eat plants, but some species are omnivorous.

Females typically lay clutches of eggs either in the ground or on vegetation. Grasshoppers, crickets and katydids are all well-known for their jumping ability as well as the singing performed by the males (females are generally silent.)  Grasshoppers are almost all active in the daytime, but crickets are nocturnal. Katydids are thought to be nocturnal, but I see an awful lot of them out and about when the sun is shining. There are few places on earth where the calls of these intriguing insects are not heard nearly constantly during the warm months.