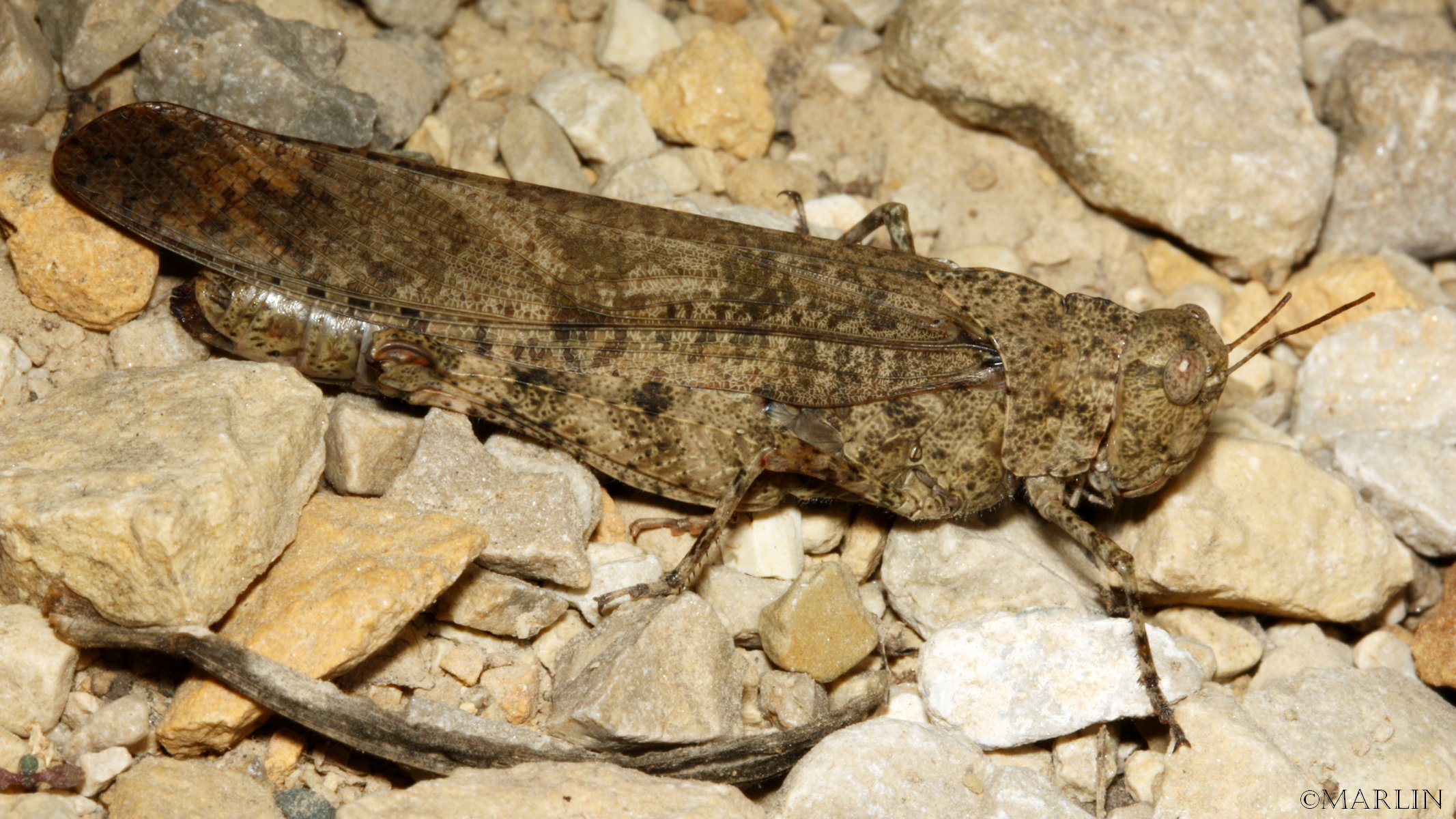 Found throughout America north of Mexico, this common, abundant insect is one of the largest native grasshoppers. The pronounced crest along the top of the pronotum (the “collar” just behind the head), with its single notch, is diagnostic of the species.

The huge flying wings can reach 4 inches (10 cm) across. The black hindwings with their border of yellow are frequently the only feature seen, as this hopper’s evasion strategy consists of sitting well camouflaged in the dirt until a predator approaches, whereupon it bursts into a short flight to a different hiding place in plain sight. Male hoppers sometimes make a crackling noise as they fly, although this behavior seems entirely absent in midwestern specimens.

Larvae feed generally on grasses, but can also damage various crops such as wheat, tobacco and alfalfa. The state of Oklahoma has reported damage to corn, sorghum, and cotton, among other economically important crops. Luckily, the Carolina locust does not congregate in large numbers like its biblical namesake.

There are more than 20,000 species in the order Orthoptera. These diverse insects are found worldwide, although their numbers are concentrated in the tropics. They vary in size from less than 5mm to monster-big grasshoppers over 4 inches long, with 10-inch wingspans. Orthopterans are some of the most common insects in many landscapes, and the order includes some of the most destructive agricultural pests in the locusts and katydids. Most eat plants, but some species are omnivorous.