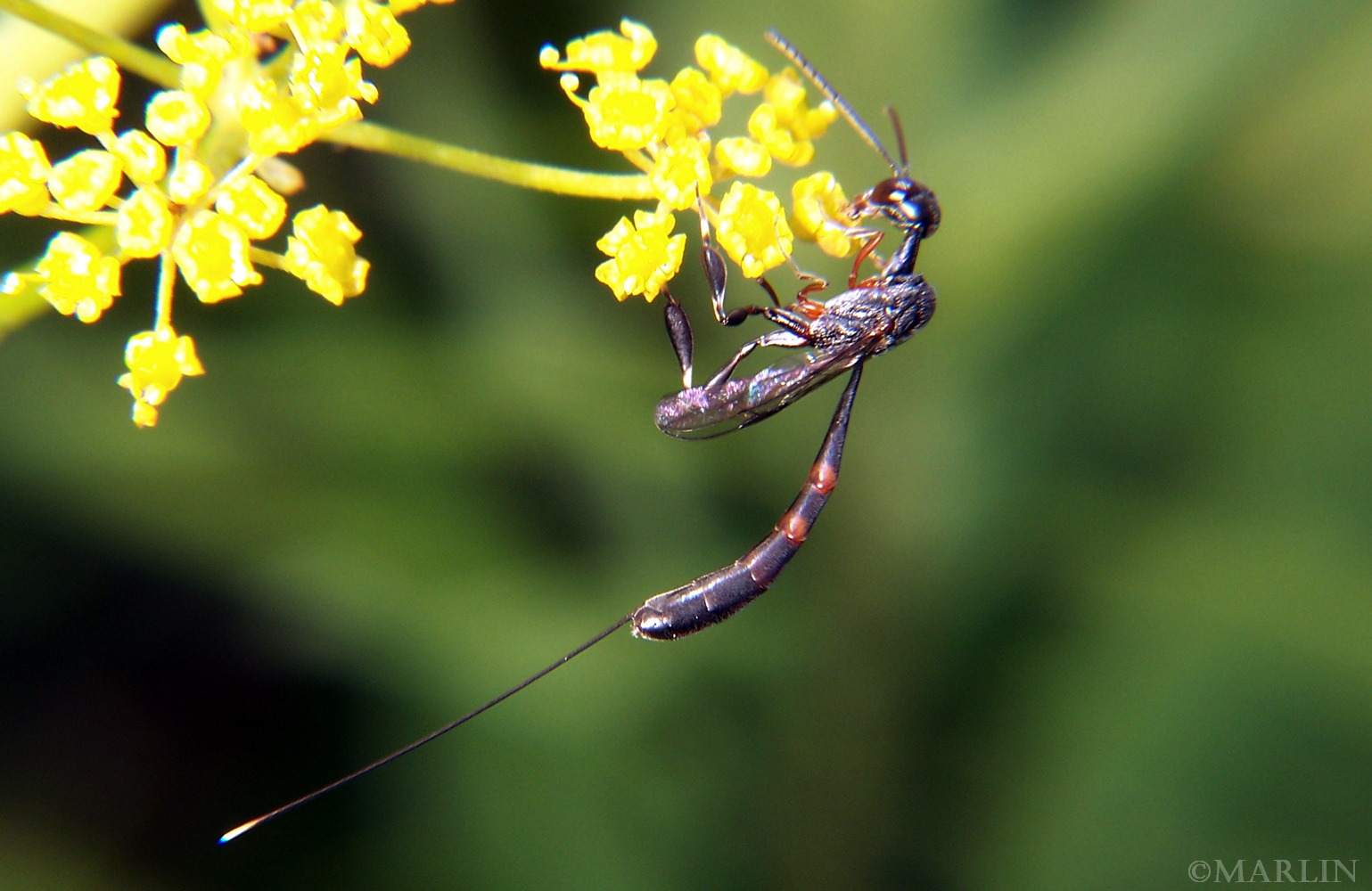 Wasps in the family Gasteruptiidae are predator-inquilines that lay eggs inside the cells of solitary bees and wasps nesting in plant stems or in underground nests, with the resulting larvae feeding on the food stores and/or nest inhabitants. The ovipositor on this female wasp is not used for drilling into wood, as in some other parasitic wasps (see Megarhyssa), but is used as a sort of remote placement device; the wasp inserts it into an existing nest or burrow. 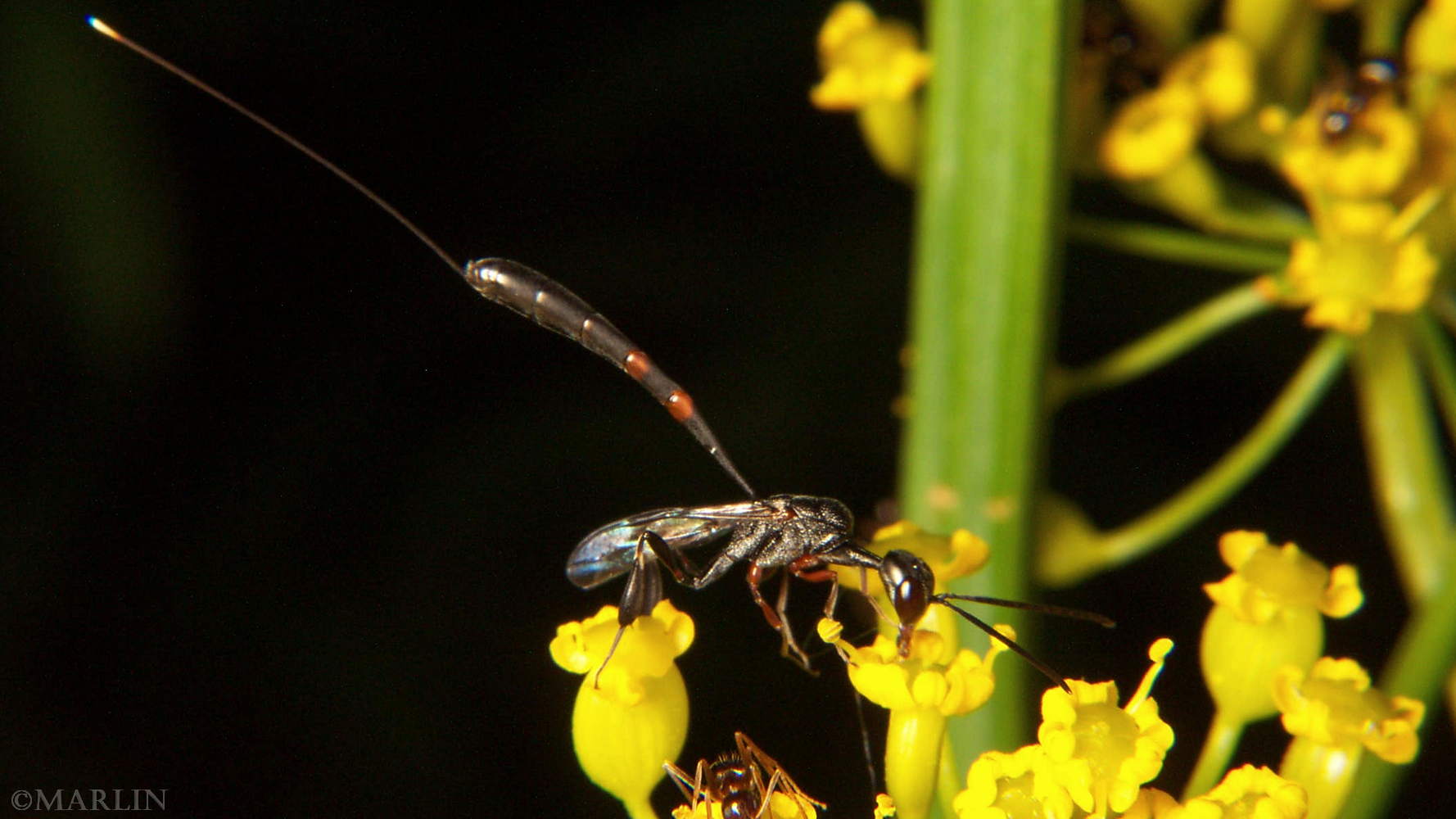 Female wasp is fully 1 inch long, but nearly as thin as a darning needle; it is difficult to follow her frenetic nectar-gathering. If you ever happen to see one, you will know what I mean! It’s a tough job photographing these tiny creatures – especially with a point-and-shoot camera as this was all I had in 2005.

Adult Gasteruptiidae wasps feed on flower nectar, and at least some are believed to eat pollen as well. I found these very slender (imagine an insect almost as thin as a darning needle) voraciously nectaring at wild parsnip, sharing the nectar source with various tachinid flies, beetles, lady beetles, ichneumon wasps, sawflies and ants. Only the female wasps were feeding – the males did nothing but follow the females around. (Sound familiar?) 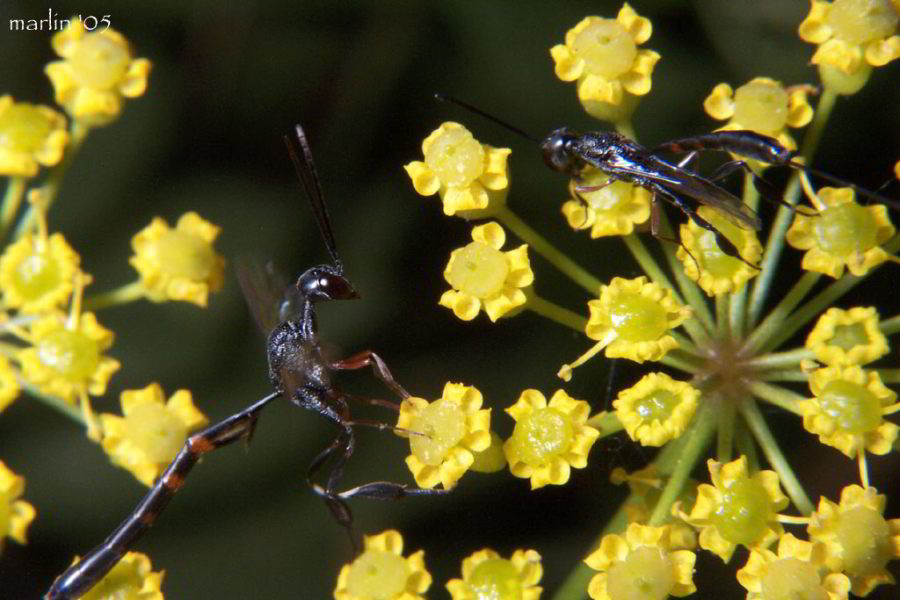 Order Hymenoptera: Bees, Wasps, & Ants
Hymenoptera (Latin for membrane wing) is a vast assemblage of insects second only to Coleoptera (beetles) in the number of described species. Hymenoptera number some 115,000 species – of which 18,000 live in North America. Hymenopterans inhabit a wide variety of habitats, and show an incredible diversity in size, behavior, structure and color.