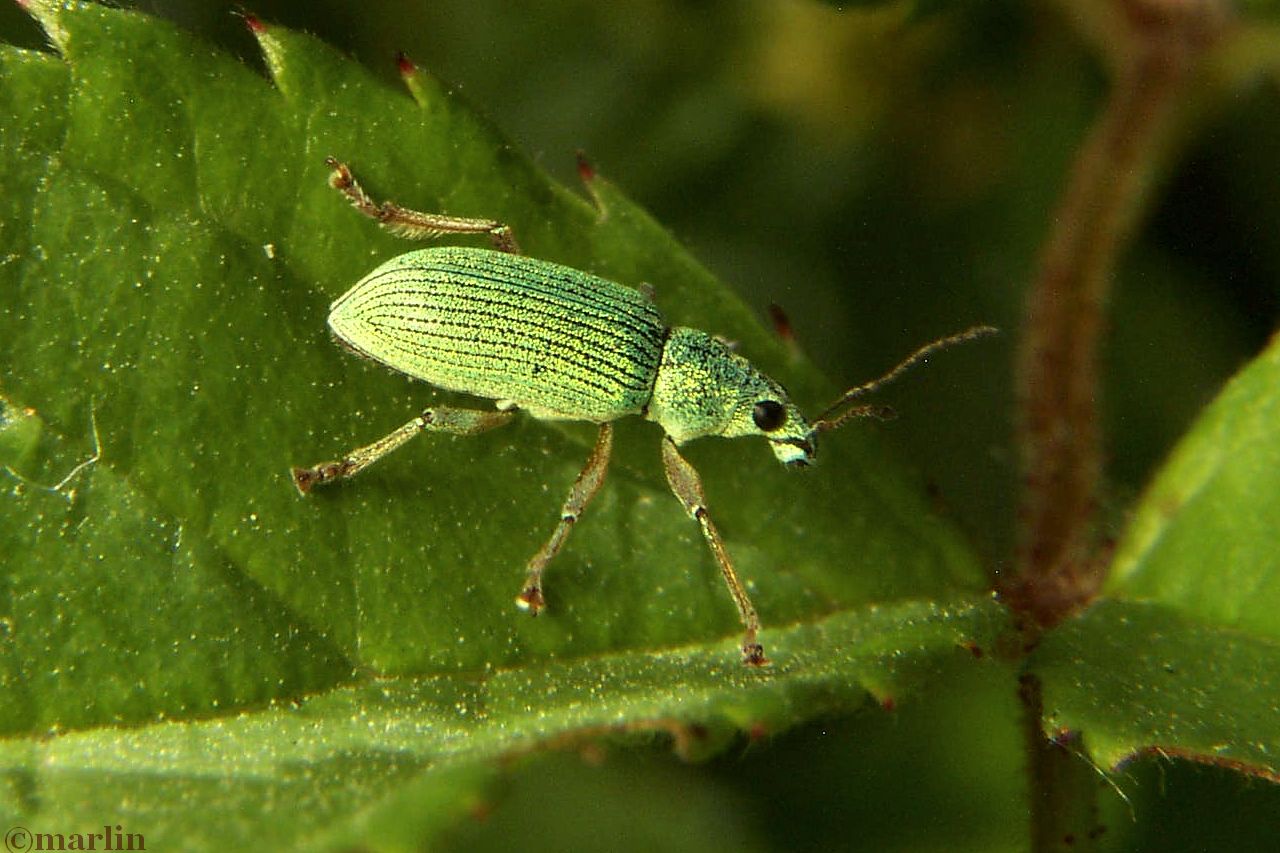 Polydrusus formosus, commonly called the green immigrant leaf weevil, is sometimes found in large numbers in nurseries in the late spring / early summer. This weevil is European in origin and first found in New York in 1906. They are reported to feed on leaves of trees such as apple, birch, oak, pear, poplar, strawberry and willow. They are rarely considered a pest. Their feeding can be more of a problem on smaller sized plant material. 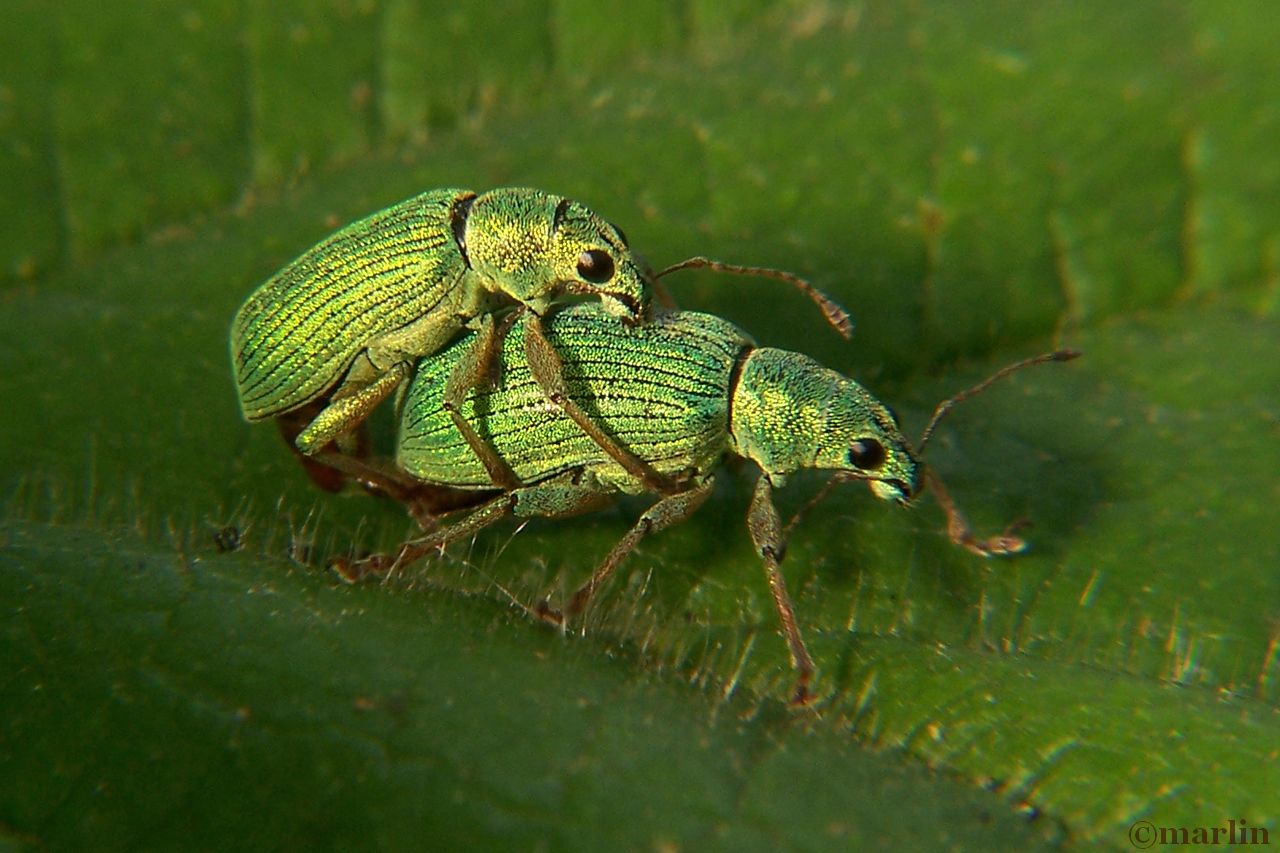 There are over 35,000 species of weevil, with more than 2,500 species in the United States and Canada alone. All are strictly herbivorous.  The mouthparts of snout beetles are modified into down-curved snouts, or beaks, adapted for boring into plants; the jaws are at the end of the snout. The bent antennae usually project from the middle of the snout. In the case of the acorn weevils, the snout can actually be longer than the body. 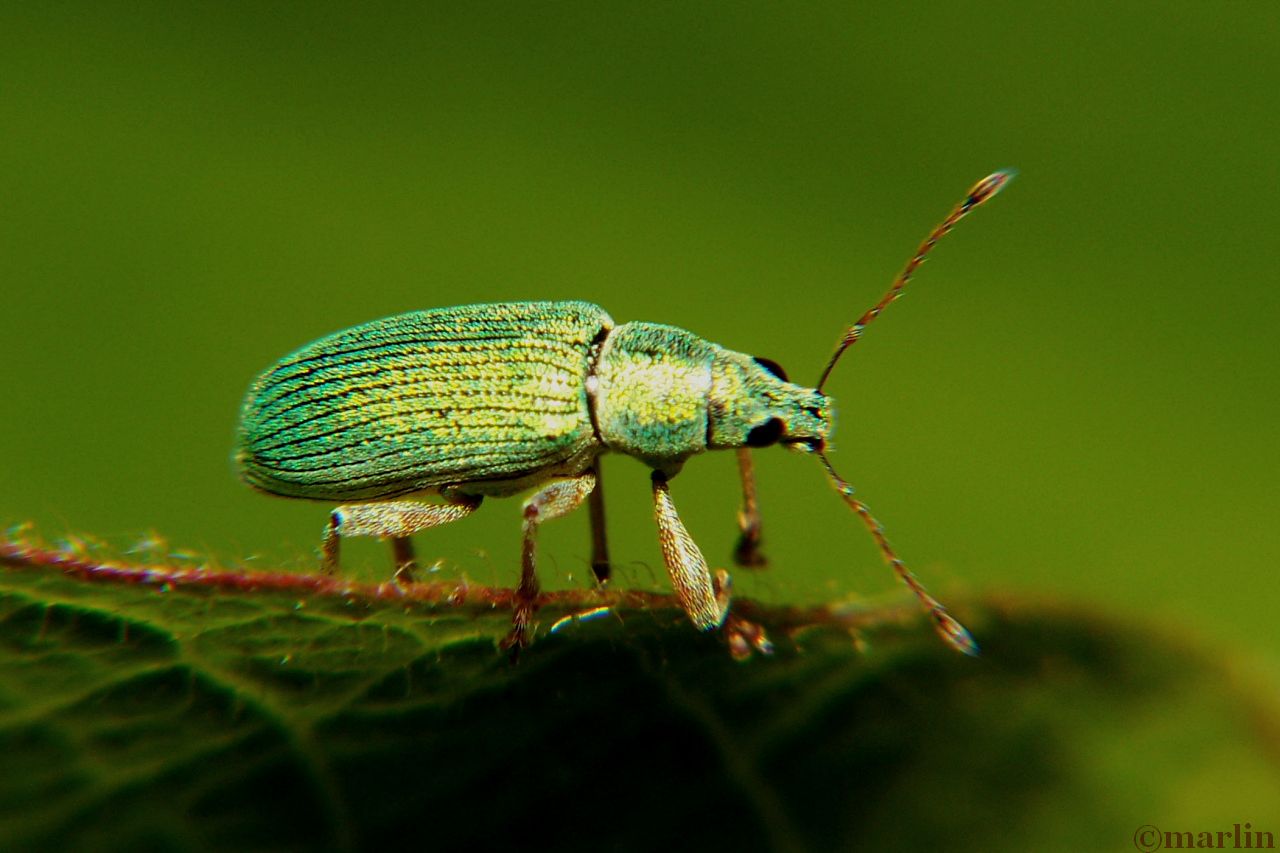 Polydrusus weevils have very short snouts, as weevils go. These guys can be extremely numerous under the right conditions. I have them in my flower gardens but I cannot tell if they are doing any damage. (That certainly does not mean they are not.)

Order Coleoptera: Beetles are the dominant form of life on earth: one of every five living species is a beetle. Coleoptera is the largest order in the animal kingdom, containing a third of all insect species. There are about 400,000 known species worldwide, ~30,000 of which live in North America.  Beetles live in nearly every habitat, and for every kind of food, there’s probably a beetle species that eats it. Beetles Index

North American Insects & Spiders is dedicated to providing educational resources for our users through large macro photographs of flora and fauna in their natural habitat.