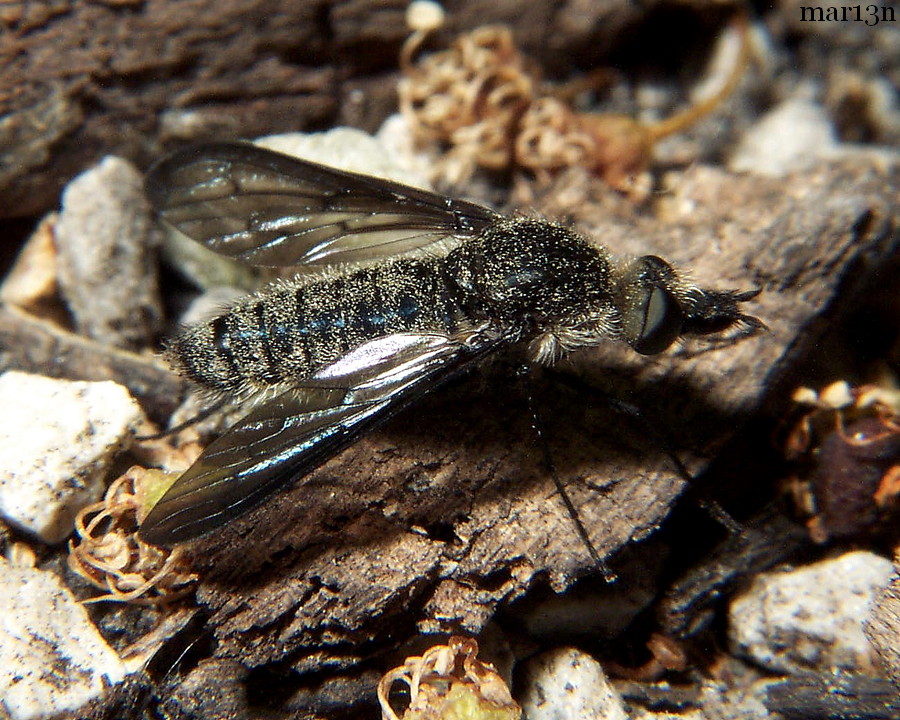 Bee flies are stout-bodied flying insects said to resemble bees, but there are syrphid flies and robber flies that do a much better job. Many bee flies have elongated mouthparts that form a conspicuous beak, used for sucking nectar long-distance while hovering over flowers. 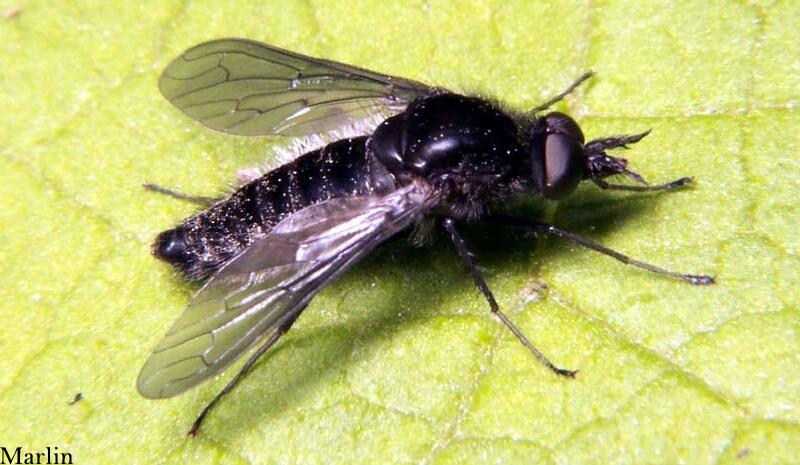 Bee flies are extremely wary and difficult to approach. No doubt their large compound eyes give them good vision, plus they have that air-motion sensing mechanism that helps the ordinary house fly avoid the swatter. 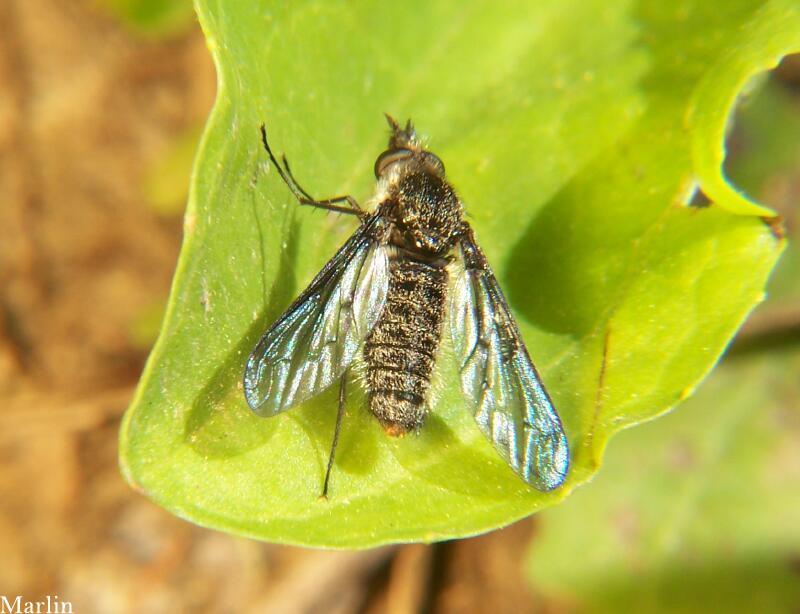 Adult bee flies drink nectar, but the larvae are parasites of beetle larvae as well as the brood of solitary wasps and bees, the hole or burrow-nesting insects.Bee flies much prefer to hover in midair while doing their nectaring, undoubtedly to avoid capture for those who lurk about flower blooms looking for an easy meal, such as the ambush bugs and the crab spiders. Adult bee flies become active about the third week in April, here in northern Illinois. This Aldrichia species is one of the varieties that is neither stout-bodied, or long-legged, and they do not have the long proboscis. Go figger. Also, I’ve never seen them mucking about at flowers.