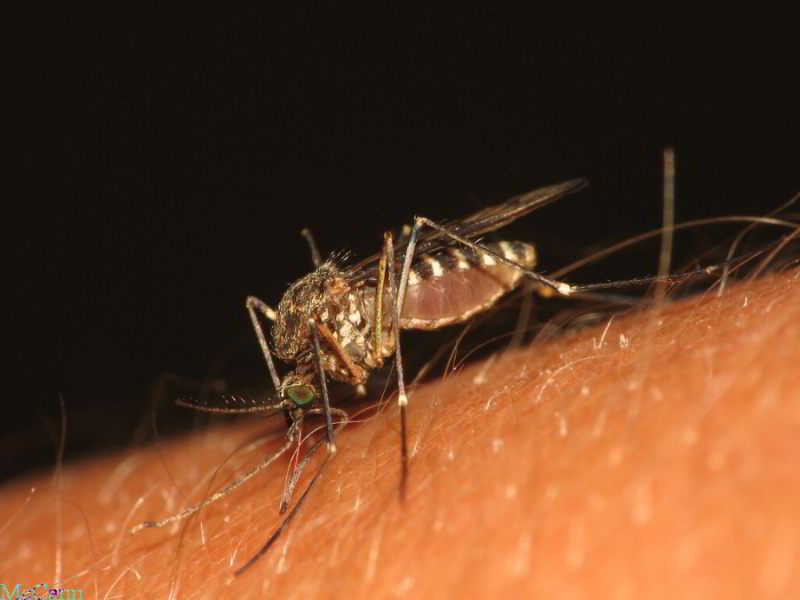 Mosquitoes kill more humans than all other insects combined

Culiseta incidens is often referred to as the “cool weather mosquito”. This species seldom breeds except in coastal areas. These are large robust mosquitoes, dark brown to black in color. The tip of the abdomen is blunt, with white cross bands present on all abdominal segments when viewed from above. They range from Alaska to the Southern California border, primarily west of the Rocky Mountains. In California it occurs from below sea level to at least 9,500 feet elevation and has been recorded in every county.

Mosquitoes have four distinct life stages, with the first three stages of Culiseta (egg-larva-pupa) being spent in the water. An adult female lays about 150-200 eggs in clusters called rafts, which float on the surface of the water until they hatch in about two days. The eggs hatch into larvae (wigglers), which then feed on small organic particles and microorganisms in the water. About 10 days are required for larval development. At the end of the larval stage, the mosquito molts and becomes the aquatic pupa (tumbler). The pupa is active only if disturbed, for this is the “resting” stage where the larval form is transformed into the adult. This takes about two days during which time feeding does not occur. When the transformation is completed, the new adult splits the pupal skin and emerges.

Larvae are found in a wide variety of standing water sources including creeks, fish ponds, abandoned swimming pools, stagnant and polluted waters, log ponds, reservoirs, snow pools, brackish water, horse troughs, artificial containers, and even discarded automobile tires. Under optimum conditions development from egg to adult takes about two to three weeks. However, all mosquito developmental times are dependent on the temperature and food values of the water in which they develop. 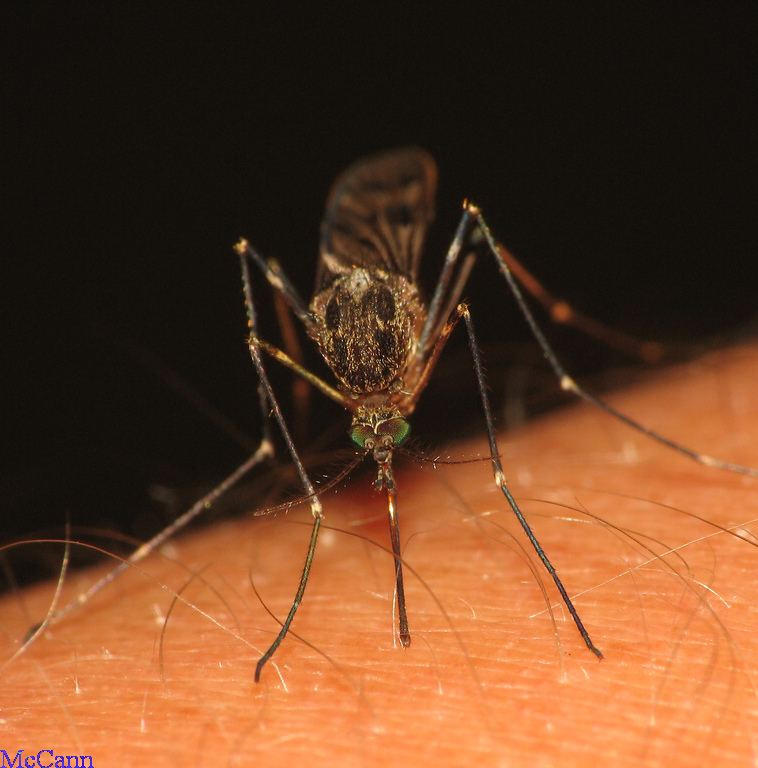 In much of the world, mosquitoes are a major public health problem; they are estimated to transmit disease to more than 69 million people annually. In the United States, Australia, New Zealand, the UK, Scandinavia, and other temperate countries, mosquito bites are mostly just a nuisance. However, global warming is increasing the range of mosquitoes worldwide, resulting in increased frequency of dengue fever, Ross River fever, malaria and other mosquito borne diseases.

The mosquito genus Anopheles carries the malaria parasite, Plasmodium. Worldwide, malaria is a leading cause of premature mortality, particularly in children under the age of five, with around 5.3 million deaths annually, according to Center for Disease Control. Most species of mosquito can carry the filariasis worm, a parasite that causes a disfiguring condition (often referred to as elephantiasis) characterized by a great swelling of several parts of the body; worldwide, around 40 million people are living with a filariasis disability. Most species of mosquito can carry the viral diseases yellow fever, dengue fever, epidemic polyarthritis, Rift Valley fever, Ross River Fever, and West Nile virus. Mosquitoes do not transmit HIV. Viruses carried by arthropods such as mosquitoes or ticks are known collectively as arboviruses. West Nile virus was accidentally introduced into the United States in 1999 and by 2003 had spread to almost every state.
–excerpts from Marin / Sonoma Mosquito & Vector Control District

Flies – Order Diptera. Flies are prevalent in virtually all habitats, with over 16,000 species in North America. Flies can be distinguished from all other insects in that they only have one pair of normal wings. Most flies have compound eyes and mouthparts adapted for piercing, lapping or sucking fluids.
Insects & Spiders | Flies Index | Syrphidae | Bee Flies | Robber Flies