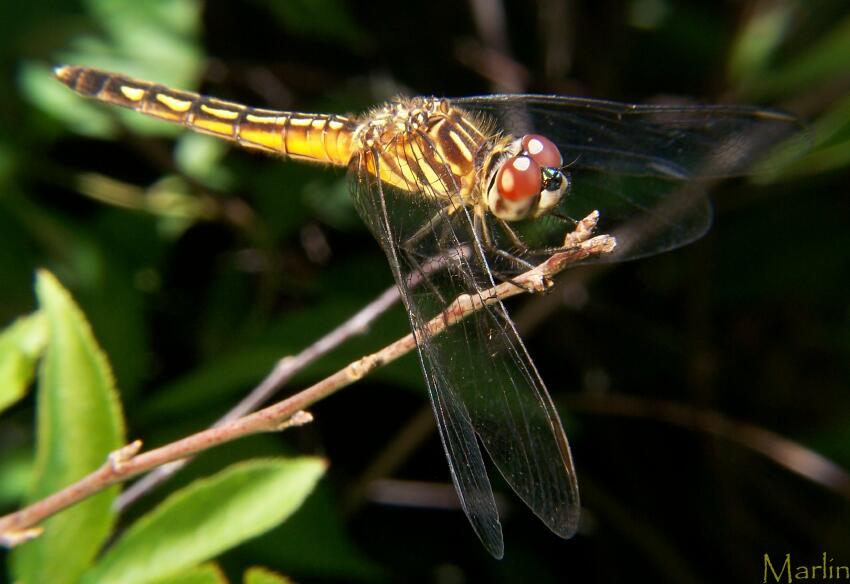 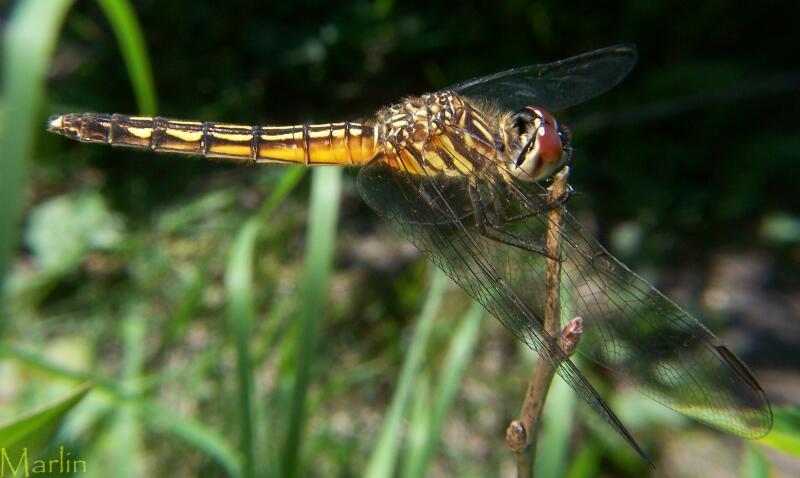 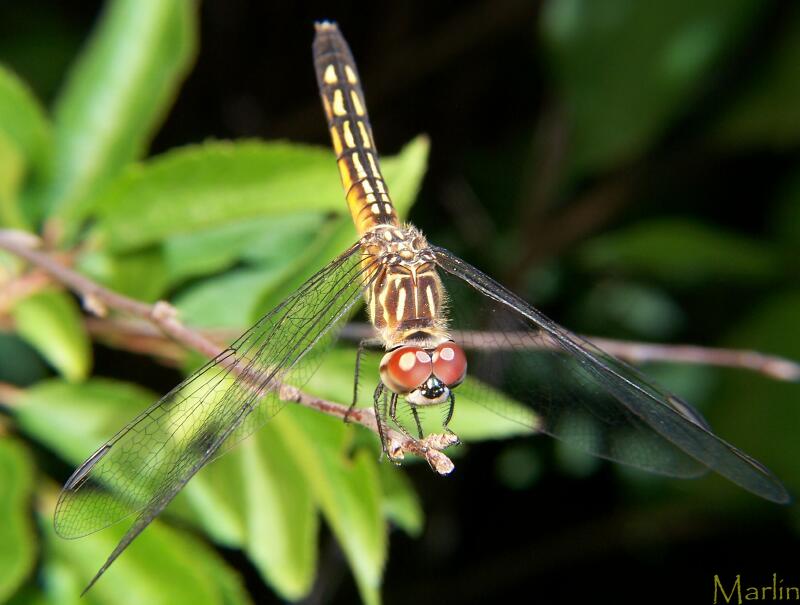 Blue Dasher’s huge compund eyes are red in the female, green in the male. 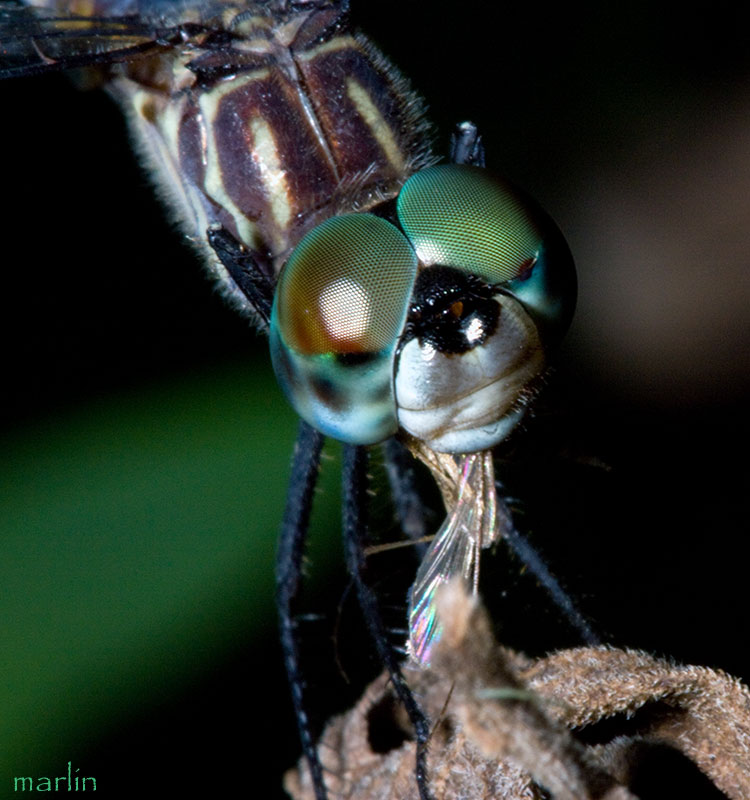