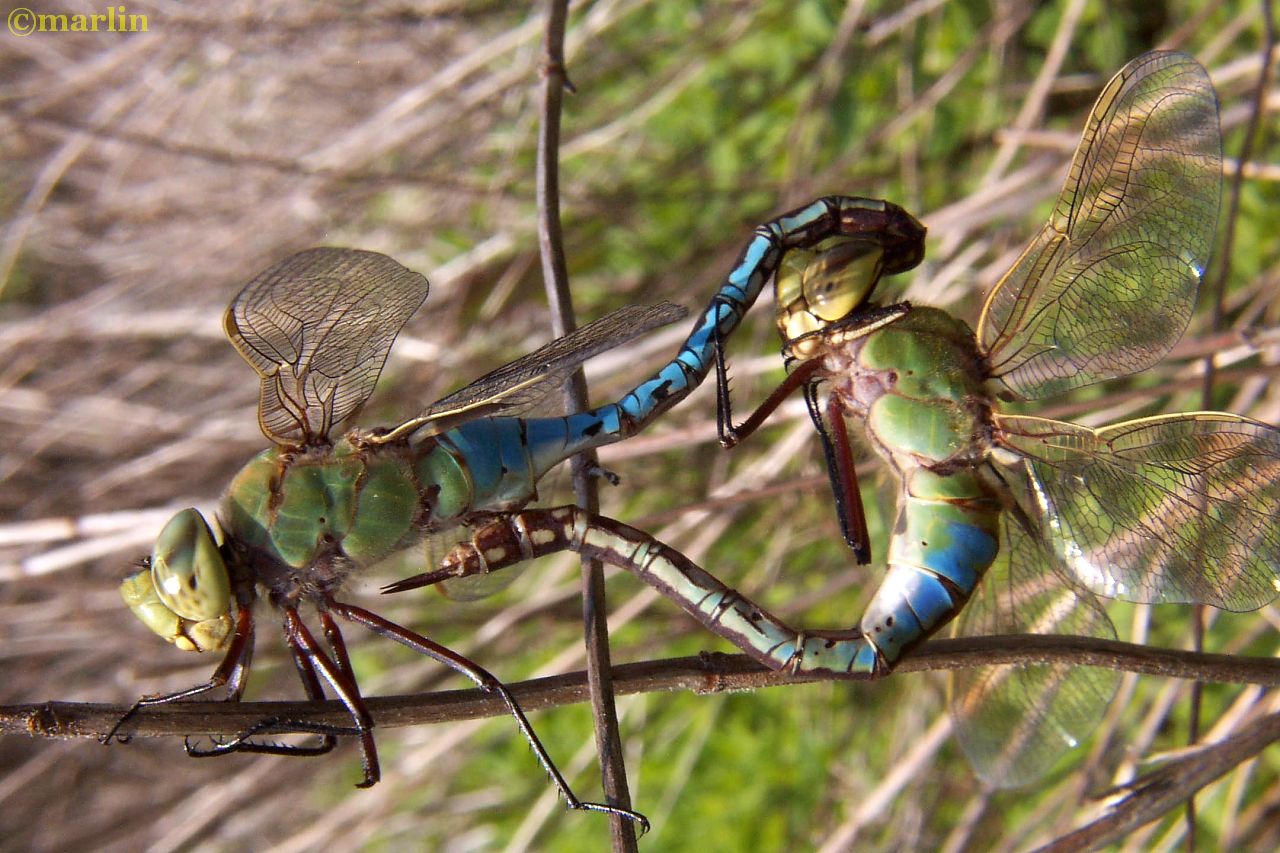 The female (on right) pictured above has her genitals (located in segment 9 at the tip of her abdomen) clasped against the male’s penis and sperm reservoir. The male holds the female behind the head with his 3 claspers, and she holds onto his abdomen with her middle pair of legs. They are able to fly while united thus, albeit slowly and clumsily, with the male towing the female. I followed these two around for about 10 minutes, until they’d had enough of me and flew off across the river.

Dragonfly sex involves one very unusual step: before hooking up, the male must transfer sperm from his sperm-producing genitals (located in segment 9, at the tip of his abdomen) to the accessory genitals located on segments 2 and 3, underneath his abdomen. These include a sperm reservoir and a penis.  Male dragonflies accomplish this transfer solo, before they attempt to copulate. This type of sperm transfer is unique to the Odonates among insects, although it is common in spiders.

After mating, the male green darner will tow the female around and over water, where she will insert her eggs into the stems of water plants. Flying in tandem is known as “contact guarding”, whereby the female is prevented from coupling with other males; this is a common among damselflies as well. [1] 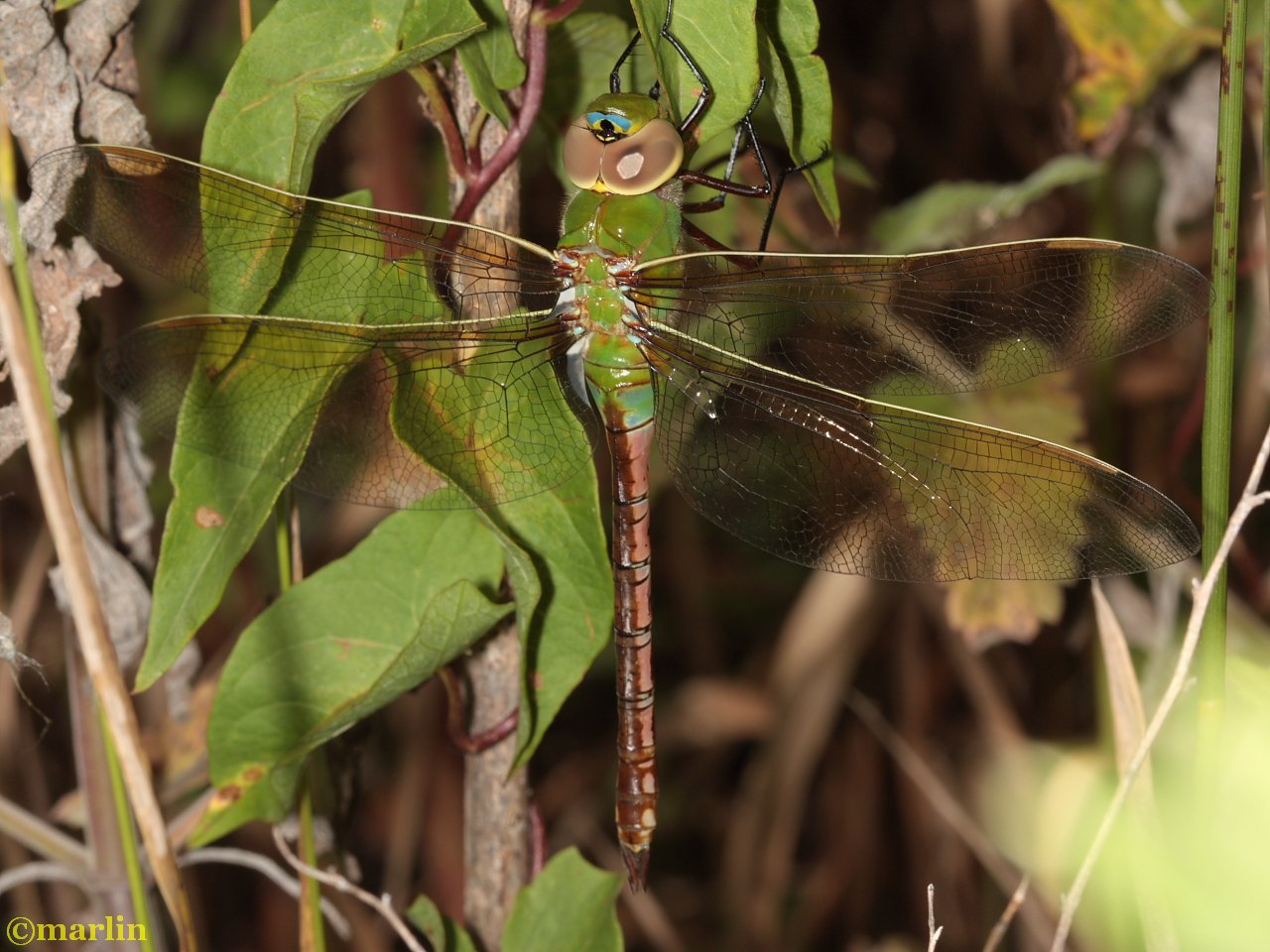 Identification: This widespread species is one of the most commonly seen, most often in flight. These large dragonflies are some of the strongest flyers around and can be seen patrolling high above grassy fields in search of prey. The face is pale green with a distinct black spot on the top of the frons bordered anteriorly by a blue semicircle. The thorax is green with brown only lightly represented on the lateral sutures. The wings are clear with a yellow costa. The abdomen is mostly blue, with green on segment 1 in males and greenish-brown or reddish-brown throughout in females. The brown superior caudal appendages in the male are long, about the length of segments 9-10 combined.

I’ve often seen these large dragonflies hunting in packs – the first time, as a very small child when I saw them picking off queen and drone ants flying up from a nearby swarm. I think this is my earliest memory of being aware of insects; I was about four years old. We kids happened to be watching the spectacle with a setting sun behind; such were the happy circumstances of lighting that all the insects stood out against the background. I’m sure you’ve all been in late afternoon / evening slanting sunlight against a dark background, where all the flying insects appear radiantly luminous? (It’s usually the time many people suddenly realize just how many tiny critters there are flying around.)

The green darner dragonfly pack flies in a big three-dimensional swarm about 20-30 feet off the ground, each dragonfly out for him or herself, of course; these individuals are not cooperating, they are competing. Each jockeys to be in position for the next ants that embark on their nuptial flight, then snatches the hapless would-be queen or her consort and summarily dismembers and eats the unfortunate, on the fly. 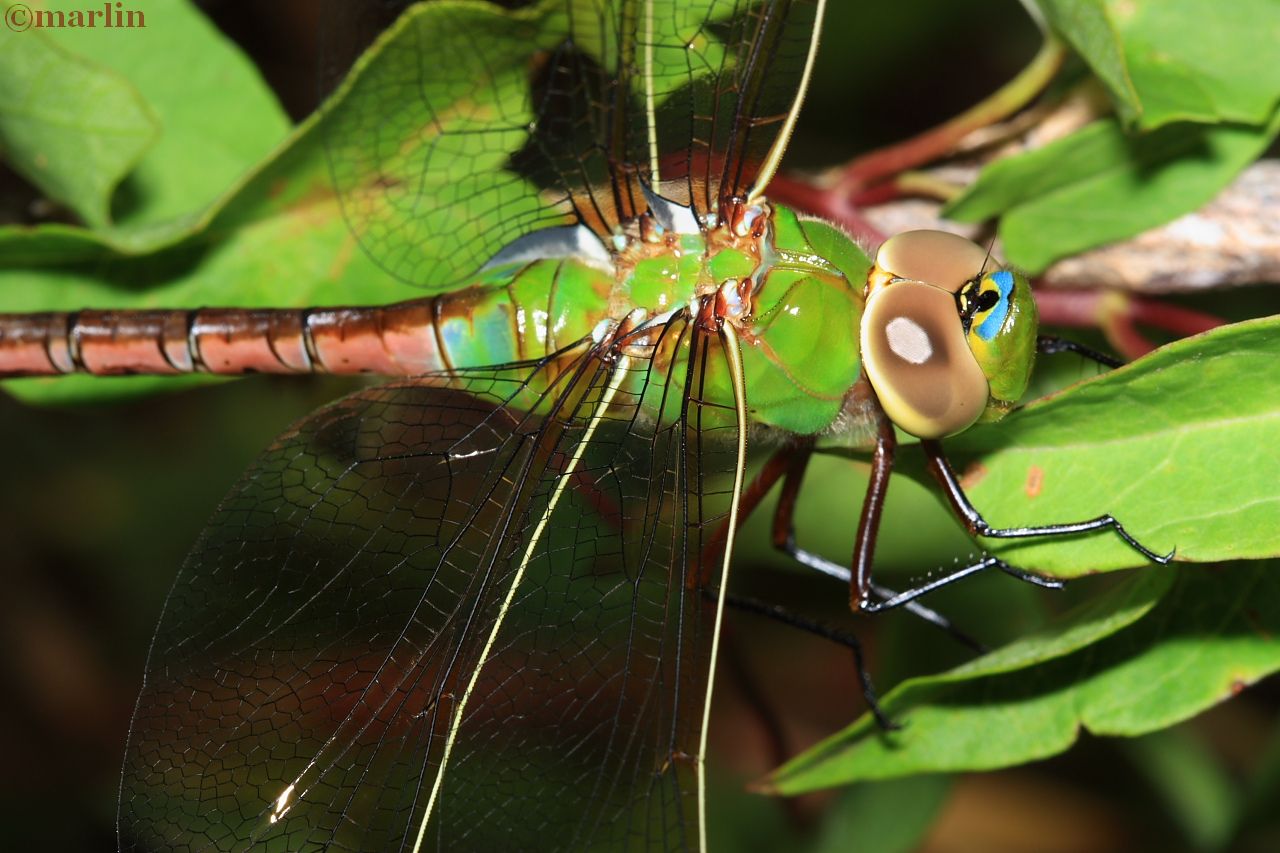 Watch the late afternoon skies where you know dragonflies hang out. Ants swarm most often in the 2 or 3 days after a heavy rain. I have seen packs with dozens of individuals, especially at the height of the ant swarm, when many packets of high-energy food are wafting skyward every minute. It’s an amazing sight that will have you marveling at the aerobatics of these crafty killing machines. And keep in mind that these odonates have, in some cases, been doing this for 250 million years in nearly their present form; ants have only been around for 130 million years or so.