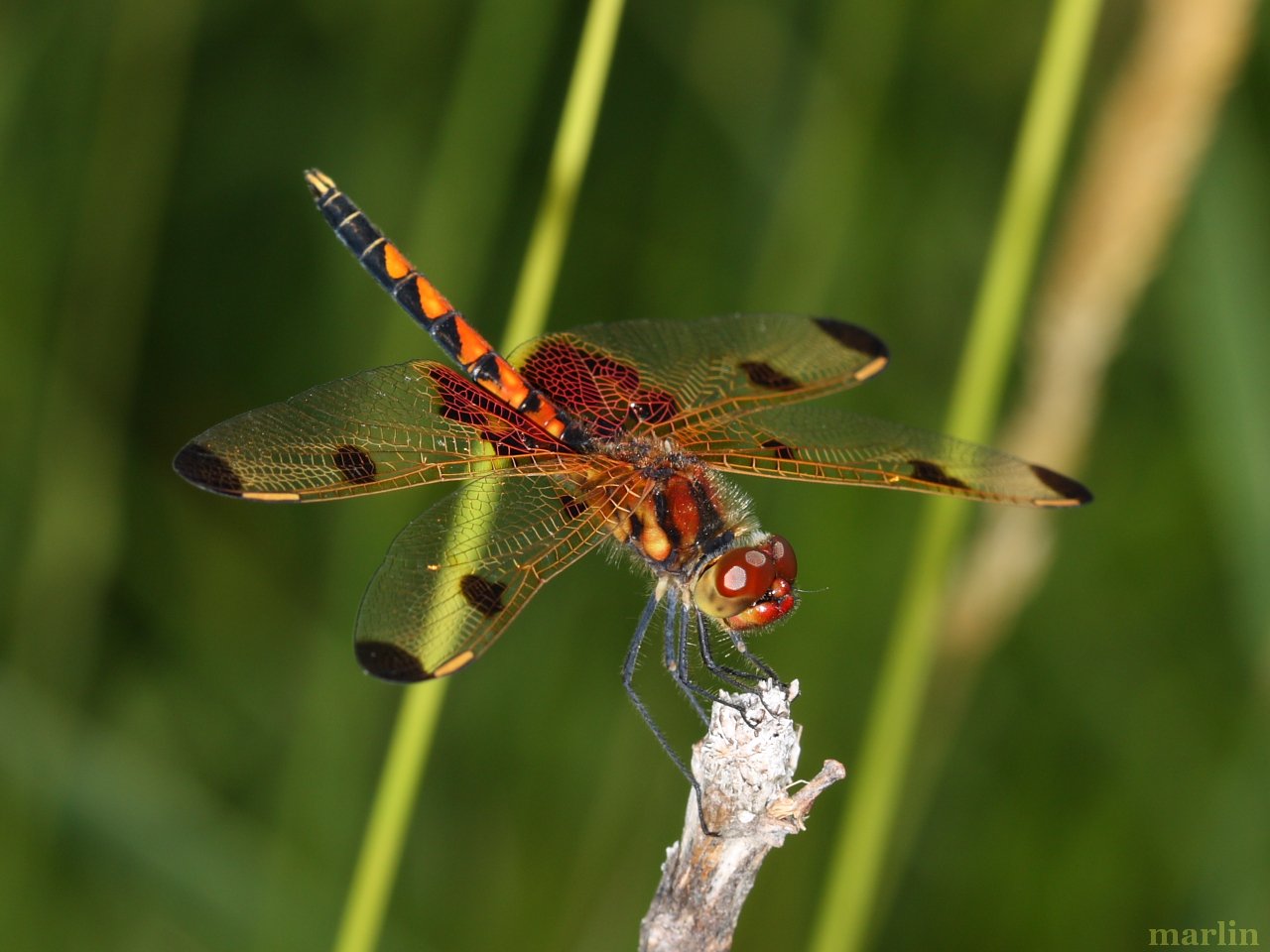 Although a necessarily aquatic larva, I find calico pennants abundant mainly on high ground, hundreds of yards from the nearest water. Pennants of both genders perch on wildly waving grass stems in meadows, along roadsides and waste places, beside ponds and slow-moving water. They are very wary and difficult to approach from above or behind for some reason. They do not often stay in one place for very long, but usually have favorite perches they habitutate. Males are very territorial, and they spend much of their time harassing females (where have I heard that before?) and any other large insects flying nearby.

There are about 945 species in the family Libellulidae, commonly called “skimmers,” approximately 100 of which call North America home. Other skimmers you may find at Nachusa include the meadowhawks (ruby and whitefaced), the common whitetail, widow skimmer, and the eastern pondhawk. 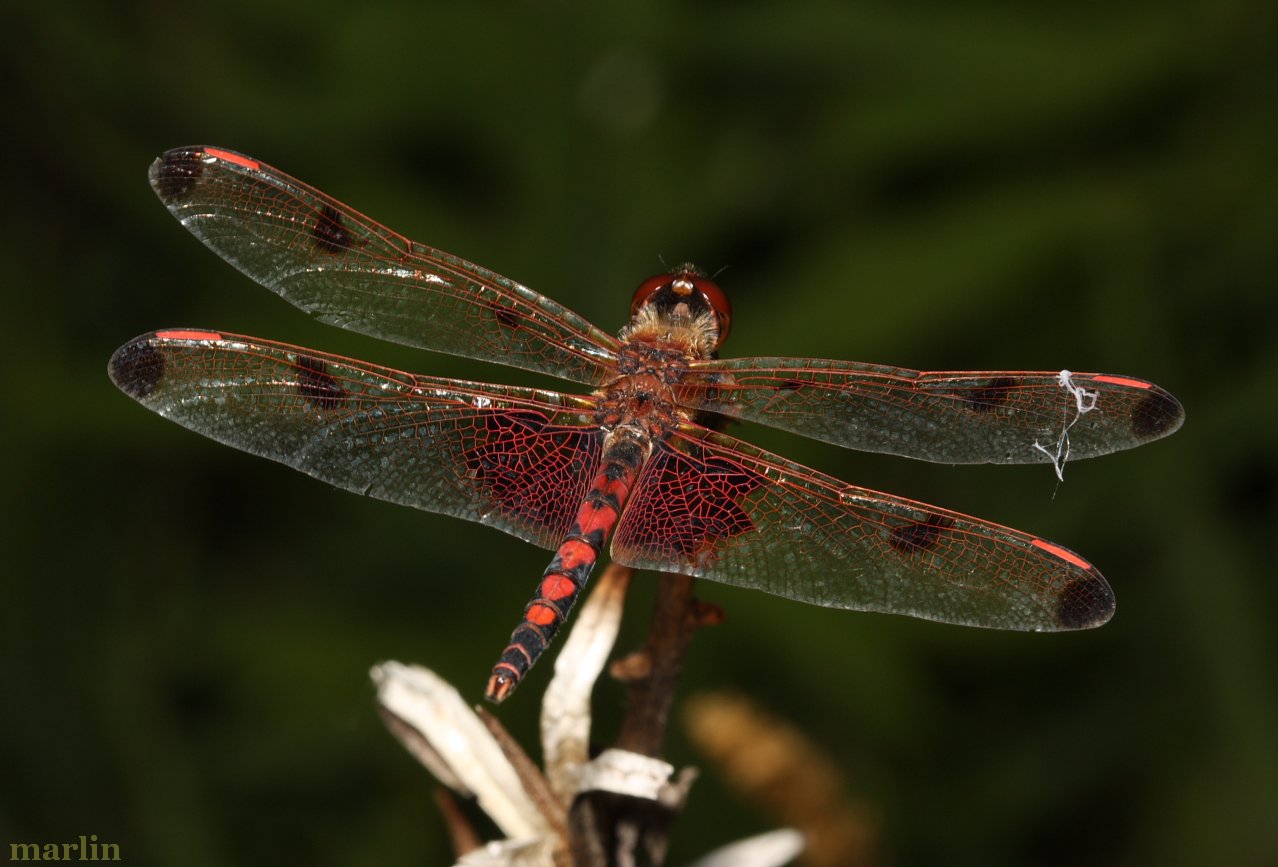 Dragonflies are completely harmless – they do not sting and you’d have to work pretty hard to get one to bite you. Indeed, they are beneficial in the same respect spiders and other predators are beneficial – they help keep the burgeoning insect population in check. Many of these species prey on each other; I often see dragonflies with damselflies in their clutches. Dragonflies are among the most ancient of living creatures. Fossil records, clearly recognizable as the ancestors of our present day odonates, go back to Carboniferous times which means that the insects were flying more than 300 million years ago, predating dinosaurs by over 100 million years and birds by some 150 million. 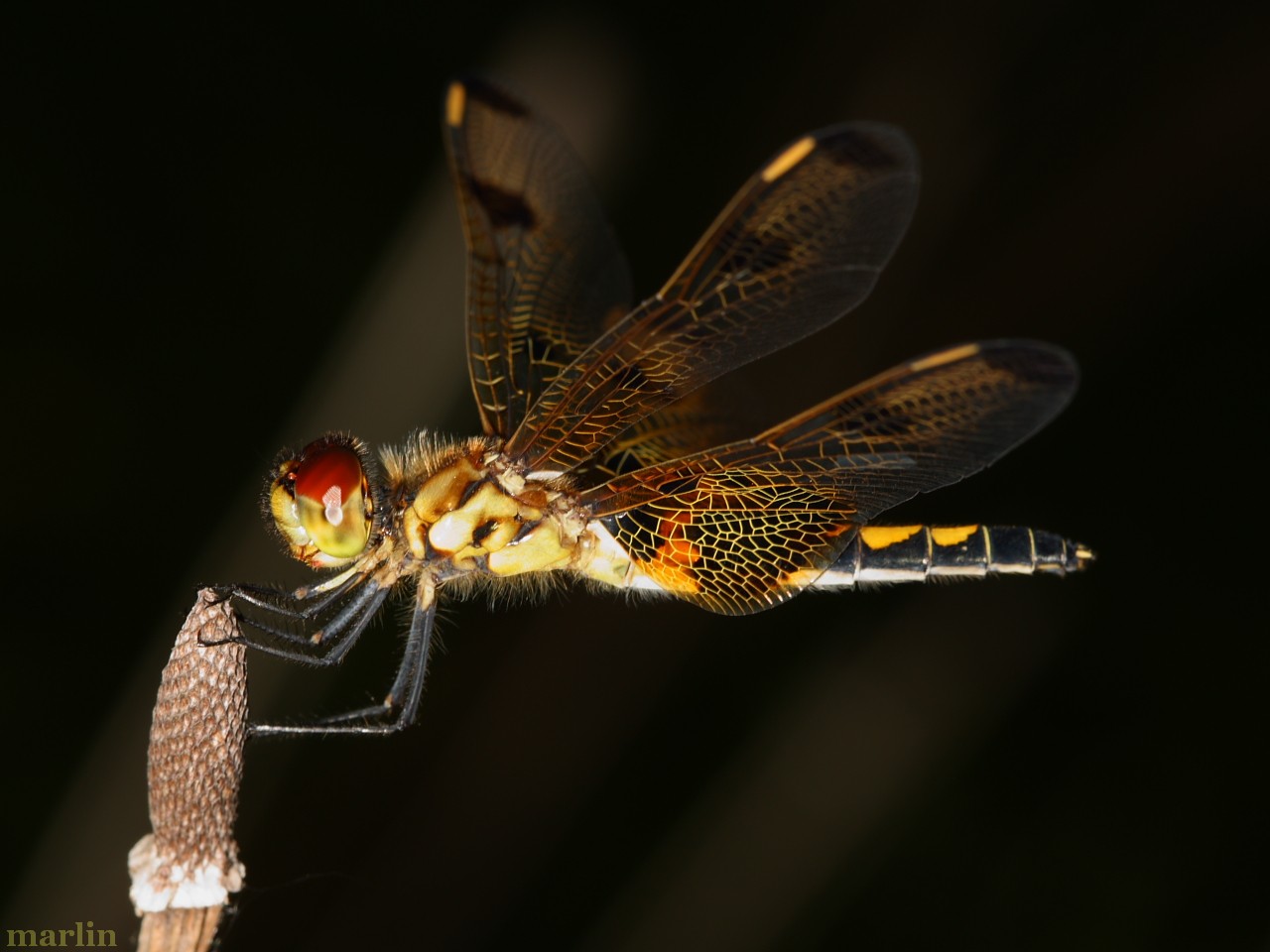 Much larger dragonfly species existed in the distant past than occur on Earth today. The largest, found as a fossil, is an extinct Protodonata named Meganeura monyi from the Permian period, with a wingspan of 70-75 cm (27.5-29.5 in). This compares to 19 cm (7.5 in) for the largest modern species of odonates, the Hawaiian endemic dragonfly, Anax strenuus. The smallest modern species recorded is the libellulid dragonfly, Nannophya pygmaea from east Asia with a wingspan of only 20 mm, or about ¾ of an inch. 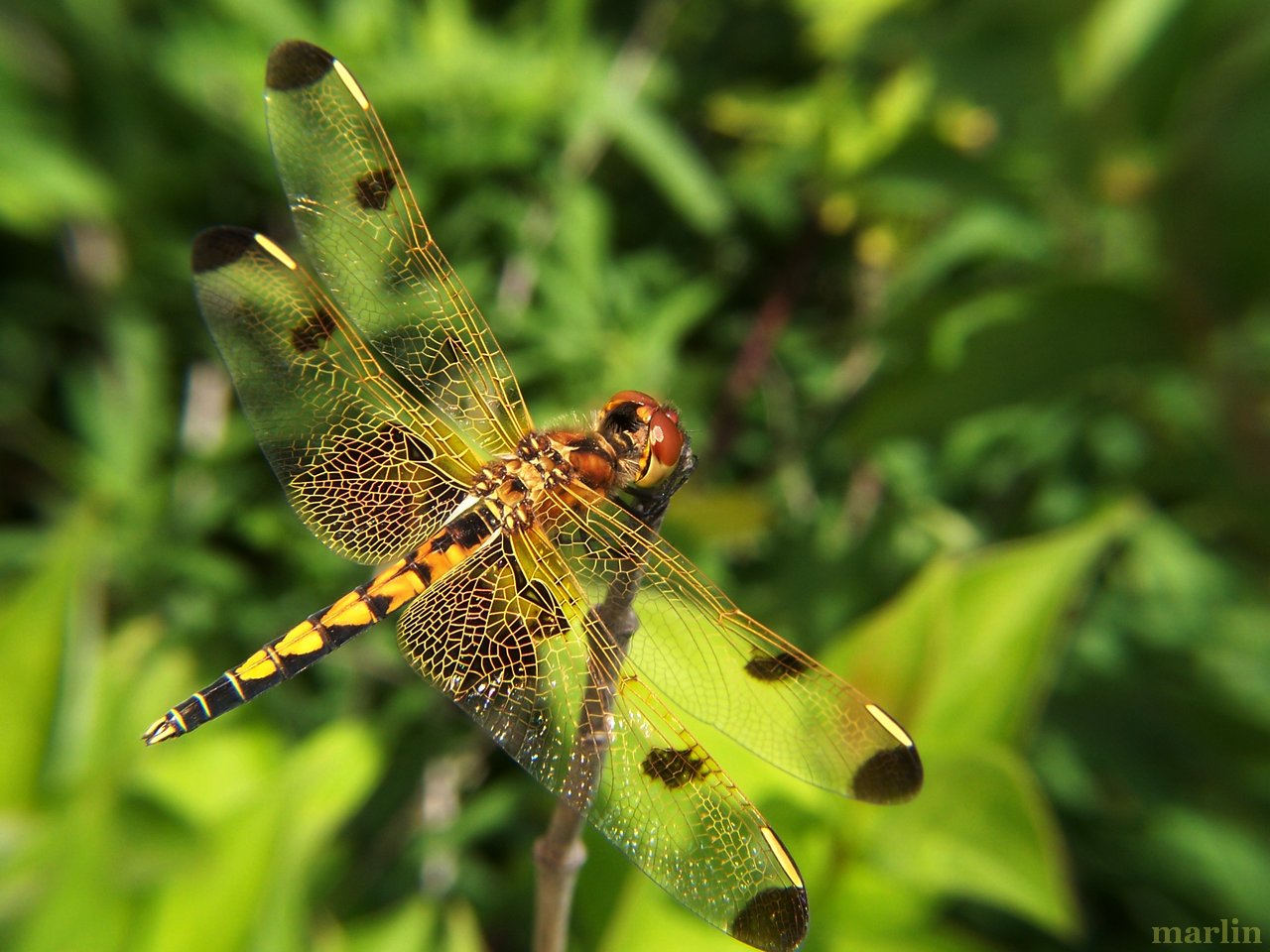