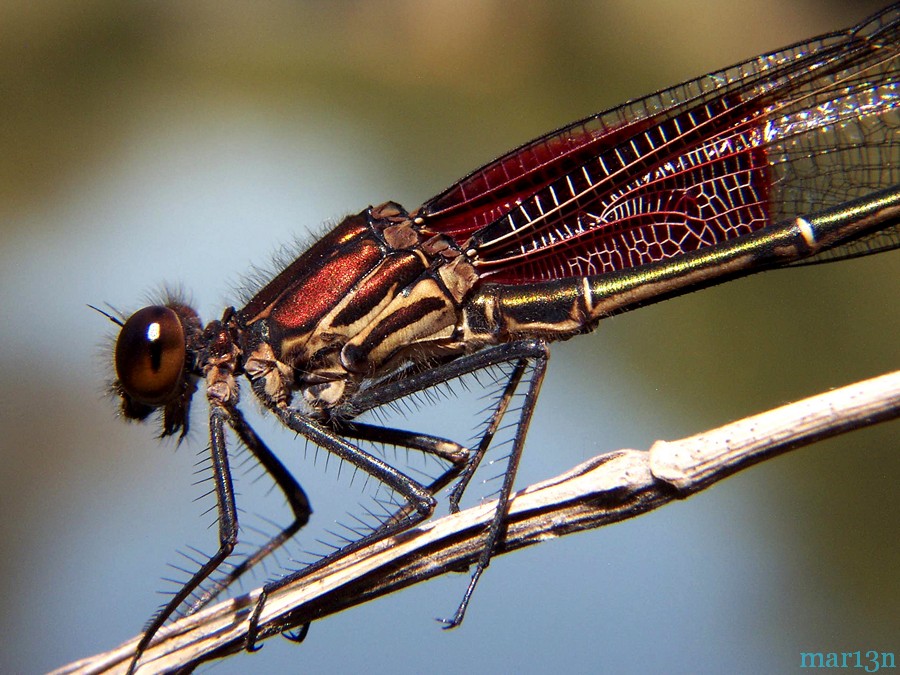 These skittish insects requires a photographer’s patience and persistence. Their annoying habit of perching on swaying grass blades projecting over the water certainly presents a challenge. Every macro-photographer owes her or himself an hour or two photographing some of the loveliest creatures on Earth. What better way to spend a quiet summer afternoon? 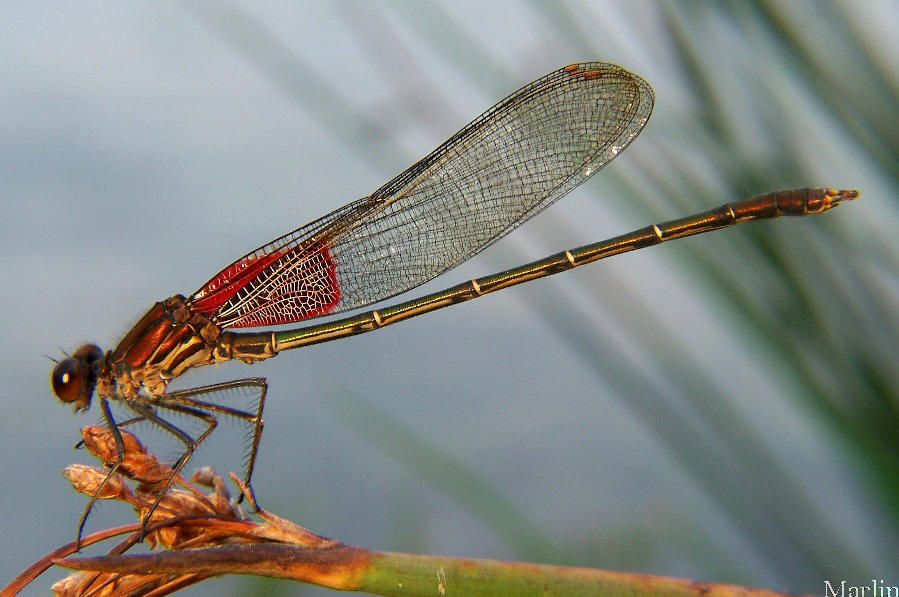 Among the states, only Washington and Idaho lack records of this species. The range continues from the United States south into Mexico. In Canada, these provinces have records: Ontario, Quebec, and New Brunswick. One of three Nearctic species in the genus. 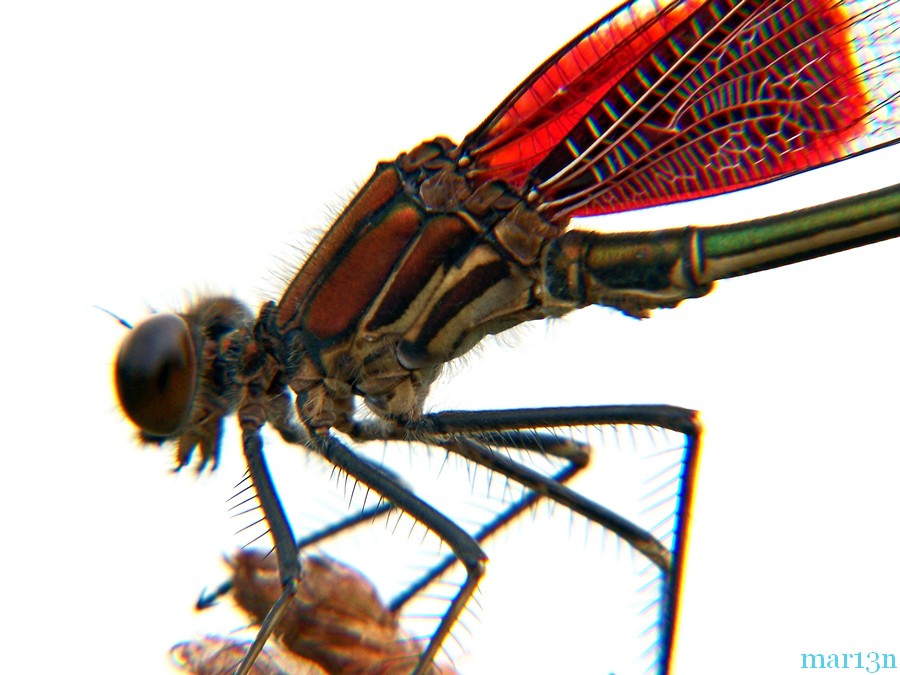 Damselflies complete a life cycle in one or two years. The adults mate over the shallow water, sometimes in flight but often while clinging to the exposed portions of weed beds or shoreline vegetation. Immediately after mating, the female will crawl down the vegetation, and ‘into’ the water to lay her eggs on the submerged portion of the vegetation.

Once the eggs are laid she will crawl back up the vegetation and repeat the process. When the eggs hatch they do not go through the larva and pupa transformations. The newly hatched damsel is just a smaller version of the later immature stages. Thus they are simply called ‘nymphs’ until they actually hatch into adults.