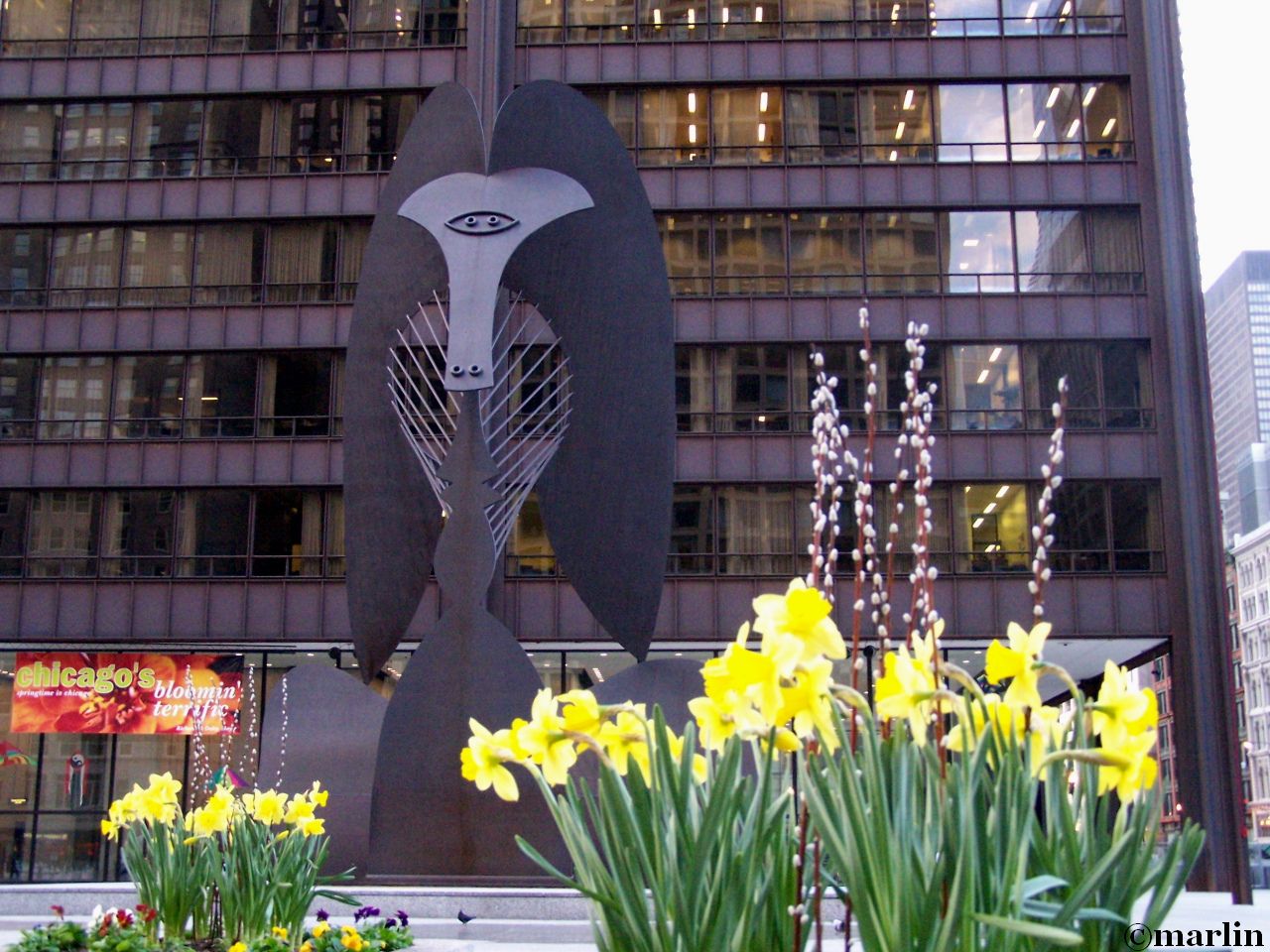 The Chicago Picasso, an unpainted, three-dimensional, cubist sculpture standing 50 feet tall and weighing 162 tons, is made of Corrosive Tensile (“Cor-Ten”) steel, the same material used to build the Daley Center. The steel is designed to form a protective coating of iron oxide (rust) which protects the substrate from further corrosion. It is obvious, from examining the surface in 2007, nearly 40 years after installation, that this steel is eminently suited to an urban environment. 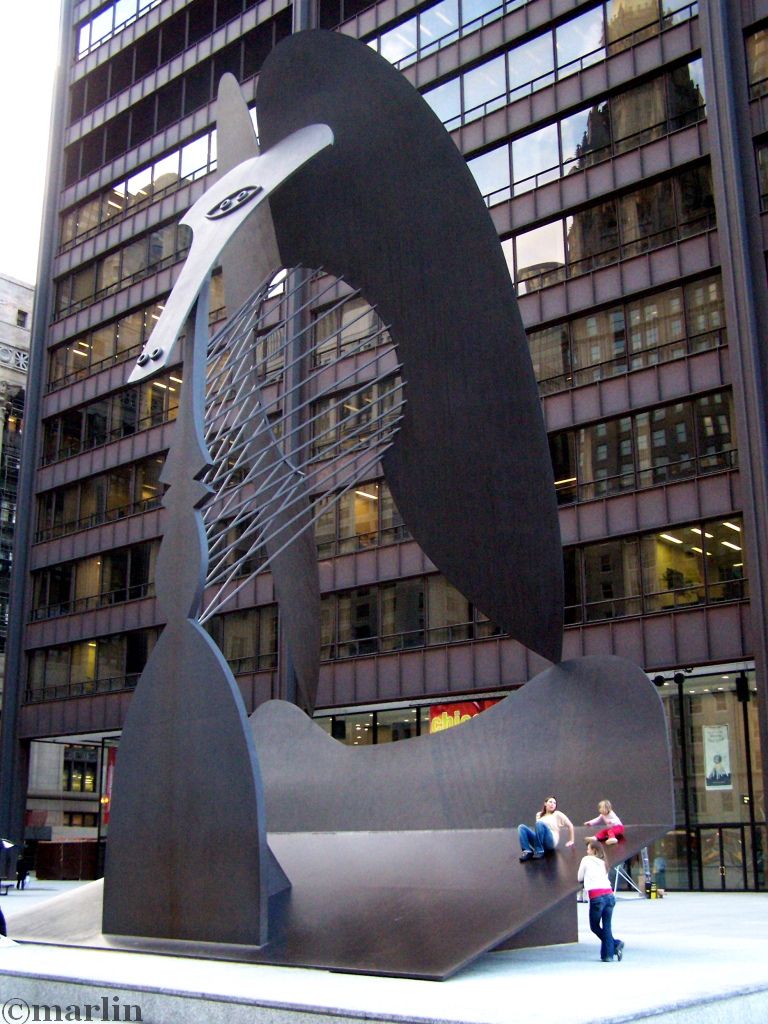 Although Picasso never put a name on his design, the sculpture has been compared, variously, to a woman’s profile, a dog, or some sort of bird. The initial reaction of many Chicagoans was one of outrage, or at least distaste for the unfamiliar. Since then, though, the statue has become an unofficial proud symbol of the Windy City and is embraced as an outstanding civic treasure. 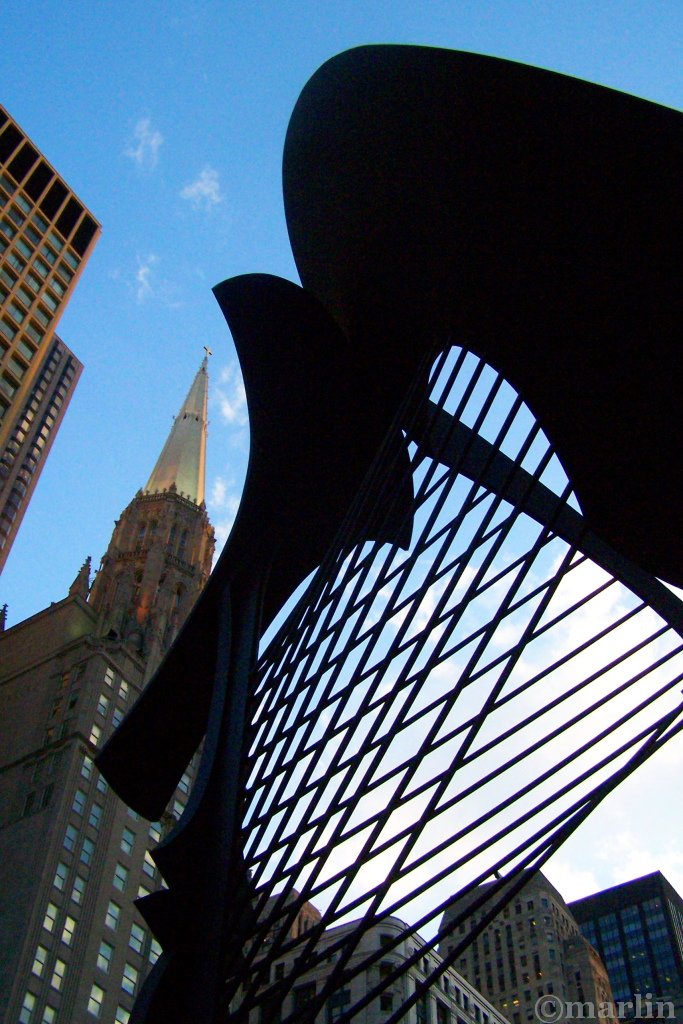 Undoubtedly the most famous of Chicago’s many outdoor sculptures, the Picasso was unveiled in the Civic Center Plaza on August 15, 1967. Greeted at first with catcalls, scorn and ridicule, the sculpture marked the beginning of Chicago’s love affair with contemporary art, a love affair that would lead, a few years later, to the passing of an ordinance requiring the city to set aside a percentage of its annual construction and renovation budget for art purchases. The past 50 years have seen Chicago become an art-loving tourist’s dream – outdoor sculptures dot the city by the dozens.

Despite the poor reception the sculpture initially received, the statue has become one of Chicago’s unofficial symbols, along with the John Hancock Center, Soldier Field, and The Art Institute lions. Few are the citizens of Chicago now who do not recognize and point with pride to this colossal work. 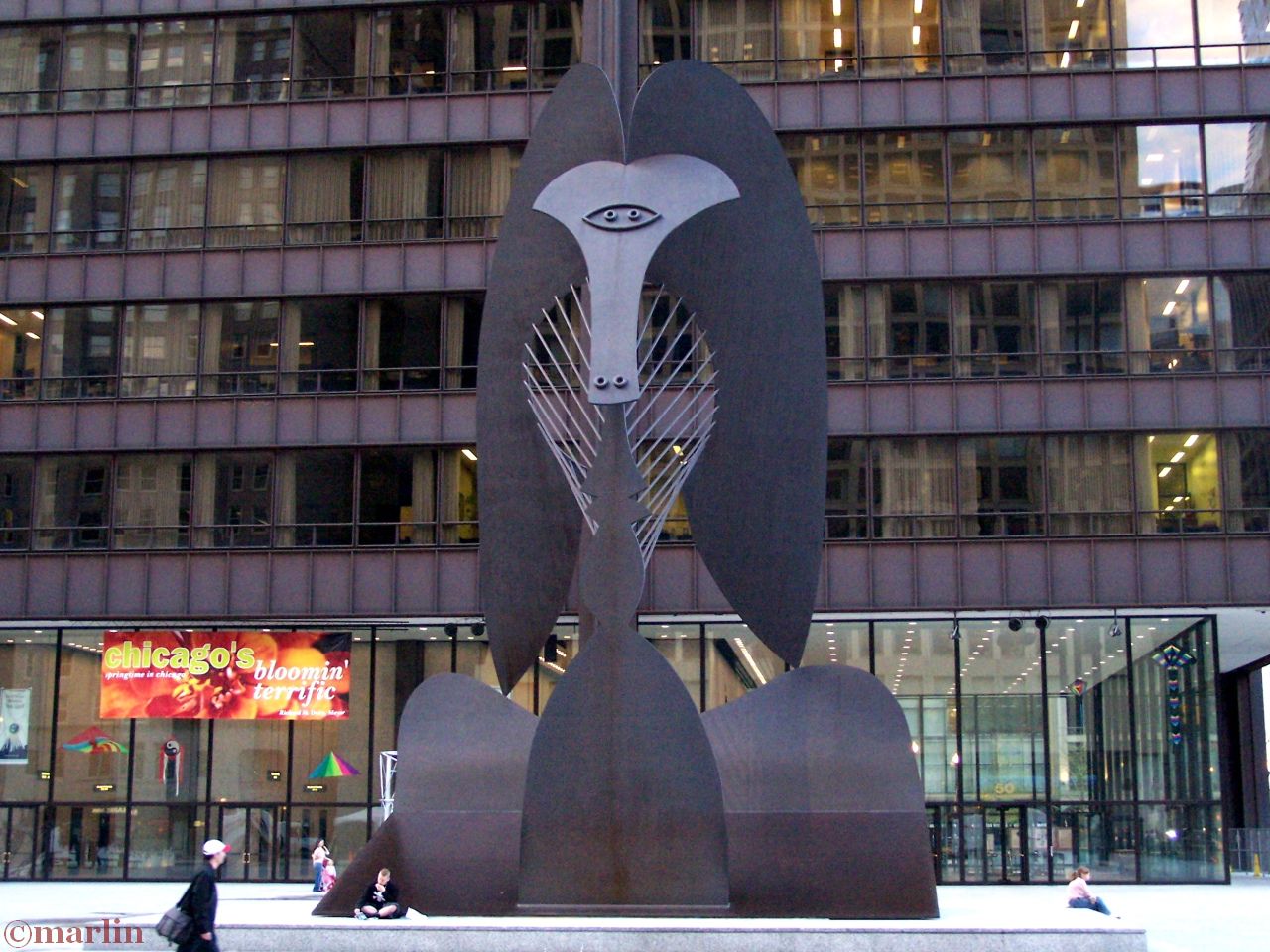 Picasso refused a fee for his work (experts agreed that the market value of the work was far beyond the funds available) but preferred to give the design and the model as a “gift to the people of Chicago.” Chicago received many expressions of congratulations on its important acquisition. Time Magazine praised the city’s “vigor and vision” and described the Chicago Picasso as “one of the most magnificent windfalls in its history.”

The Mayor and members of the City Council in council meeting May 9, 1973, publicly paid tribute to the famous artist following his death on April 8, 1973. The resolution read, in part, “Pablo Picasso became a permanent part of Chicago, forever tied to the city he-admired but never saw, in a country he never visited, on August 15, 1967. It was on that day that the Picasso sculpture in the Civic Center Plaza was unveiled . . . it has become a part of Chicago, and so has its creator, Pablo Picasso.”