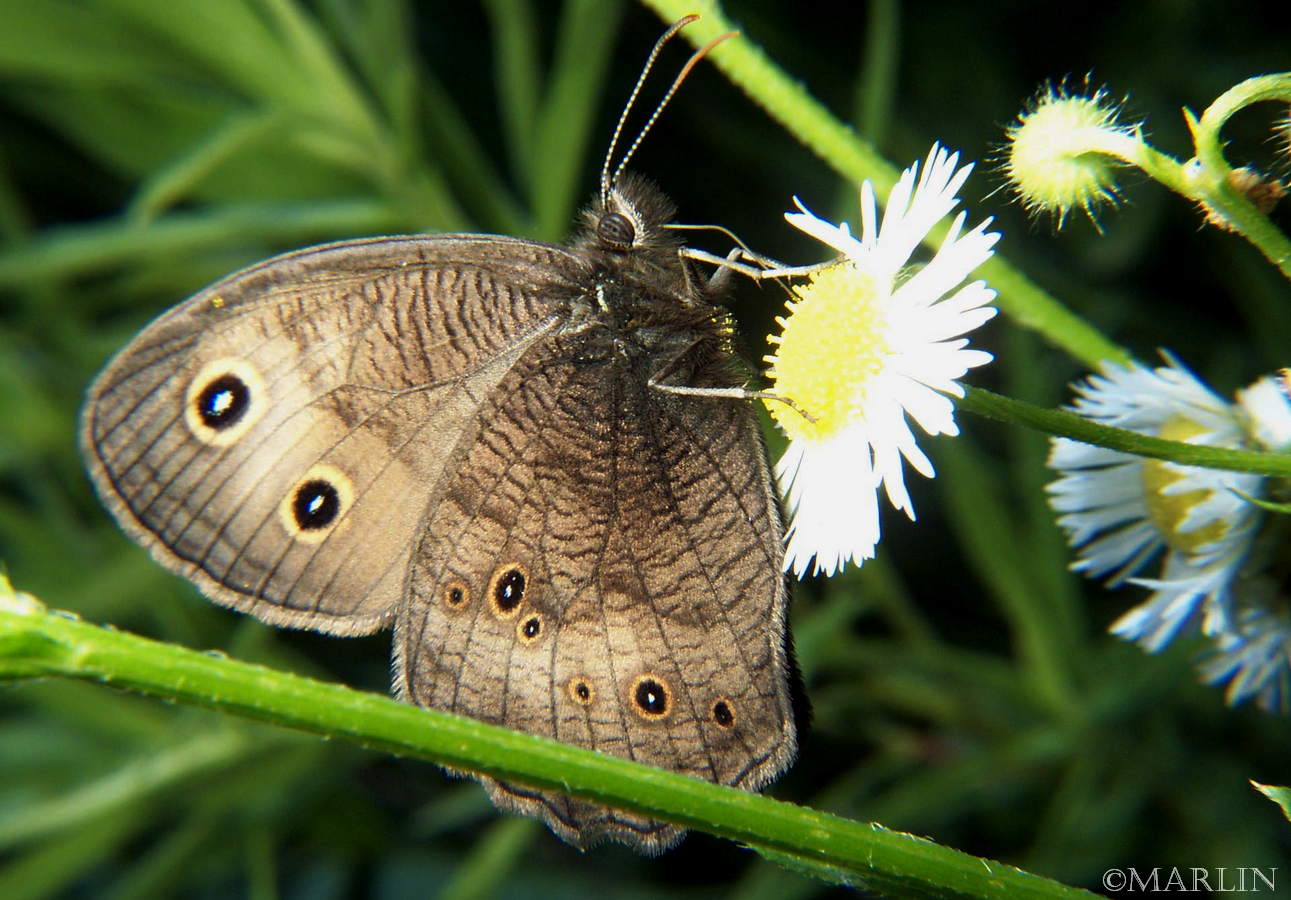 I can tell you from bitter experience, this is one of the most elusive butterflies to photograph. They are very wary and almost never stop moving for very long. I consider myself lucky after many hours of chasing these creatures to have these few images. 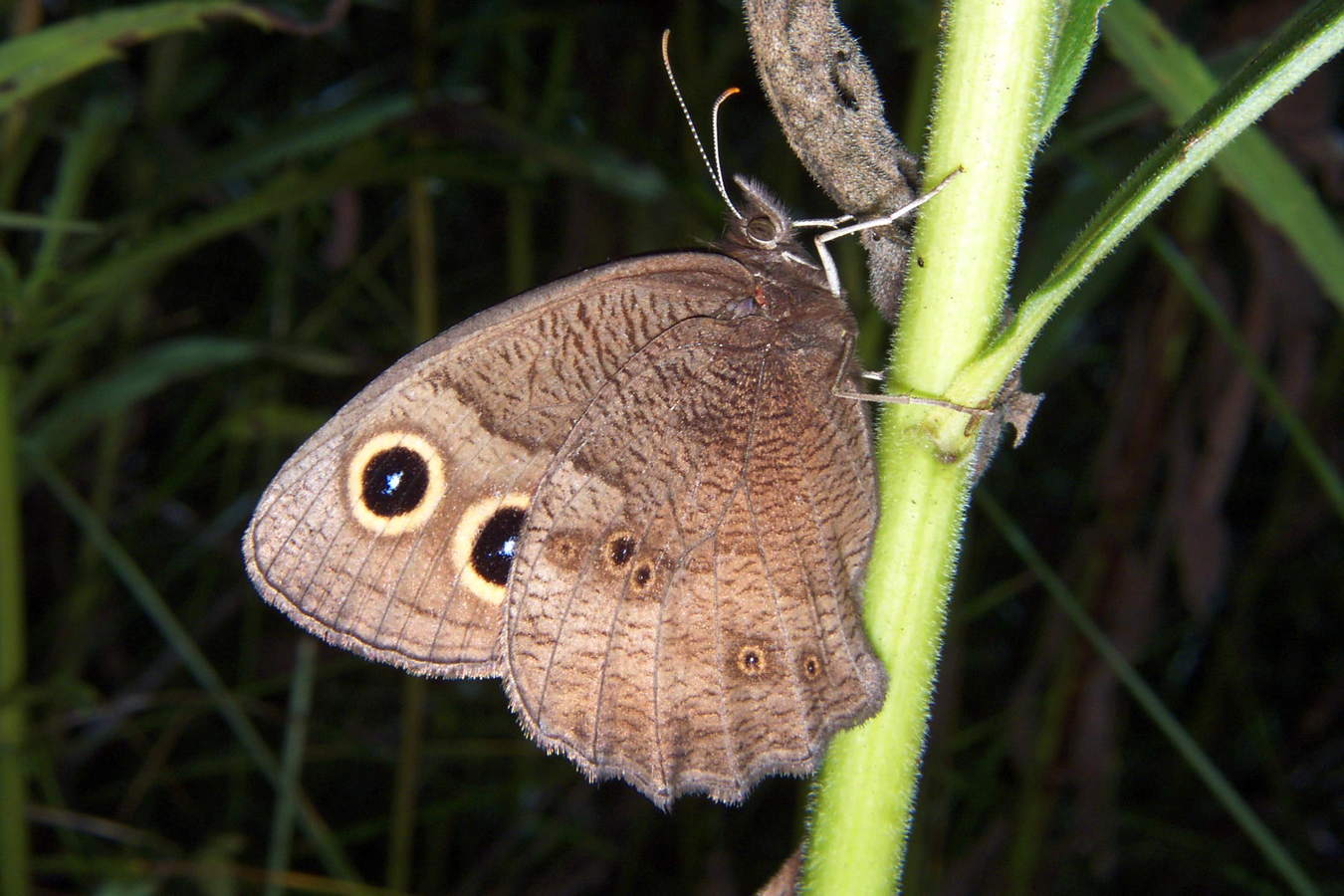 Identification: Geographically variable. Wings are brown. Upperside of forewing has 2 large yellow-ringed eyespots. Lowerside of hindwing has a variable number of small eyespots. Southern and coastal butterflies are larger and have a yellow or yellow-orange patch on the outer part of the forewing. Inland butterflies are smaller and have the yellow forewing patch reduced or absent.

Life history: Males patrol for females with a dipping flight through the vegetation. In late summer, females lay eggs singly on host plant leaves. Caterpillars hatch but do not feed, instead hibernating until spring.