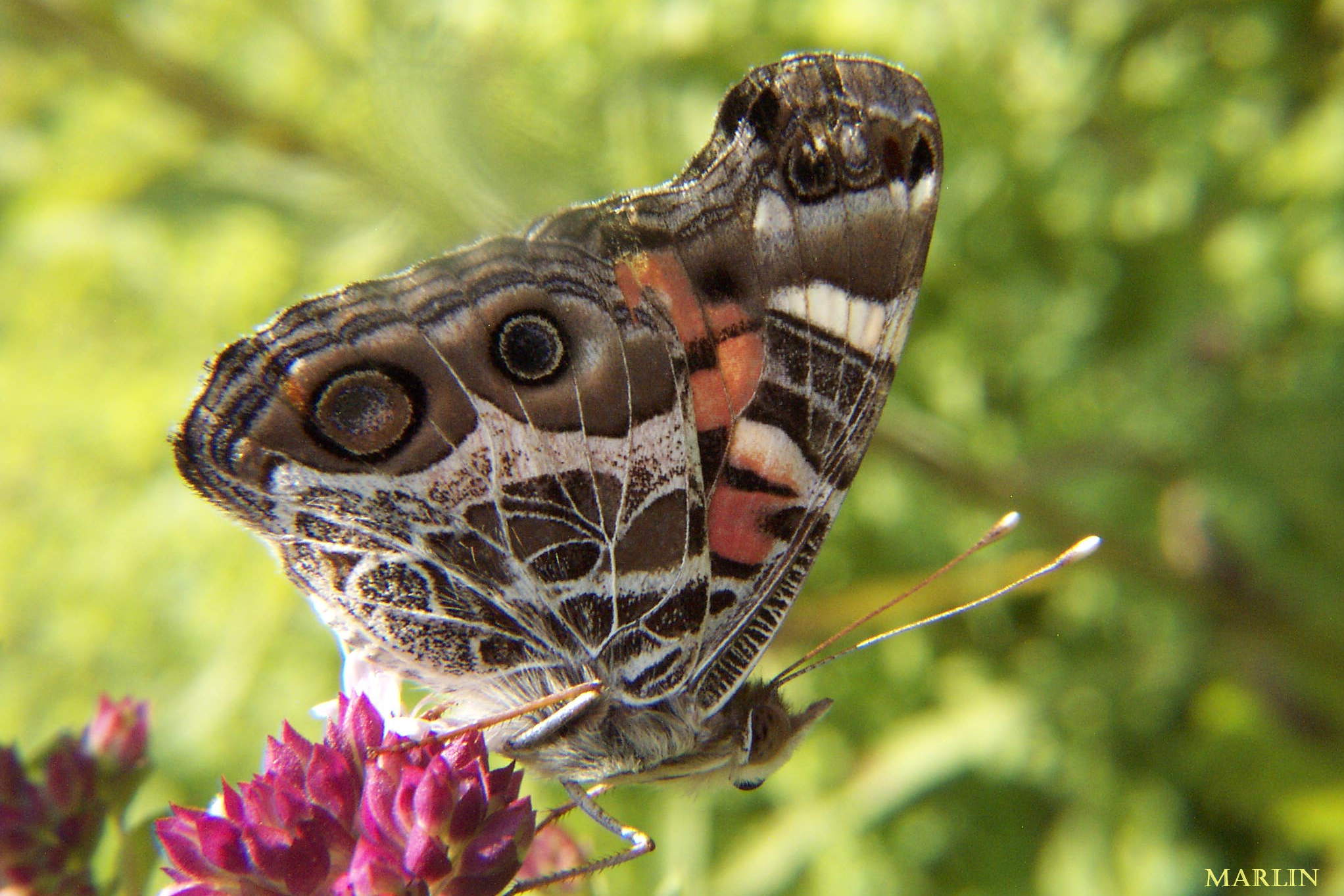 The American painted lady and their its close relative, the Red Admiral are perhaps the most cold tolerant of all North American butterflies. It is believed many of these butterflies are able to overwinter, even in the northern U.S. While common in the East, its numbers never seem very large in any particular area; In much of the west, its appearance is completely unpredictable. It is an avid flower-visitor and can often be found in gardens with butterfly bushes. 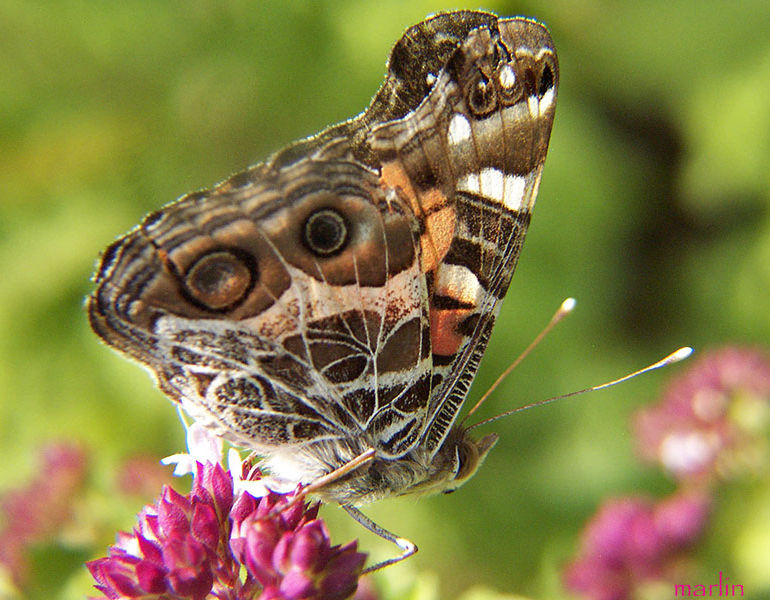 Order Lepidoptera, which contains both butterflies and moths, includes at least 125,000 known species including 12,000 in North America.