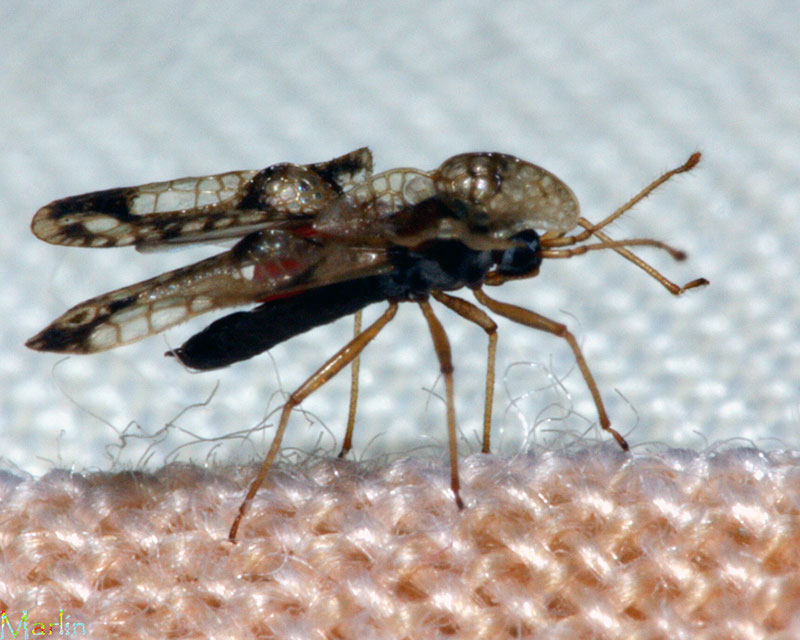 This adult lace bug is 4mm (1/8 inch) long with an elaborately sculptured PFE (Posterior flattened evagination of the pronotum) which, along with the forewings, have tiny clear cells that form a lacelike covering, hence the name “lace bugs.” Many lace bugs are multicolored with a distinctive, species-specific pattern of a dark, pale, and clear areas. The wingless nymphs are smaller, oval, and commonly have body spines. Adults and nymphs occur together in groups on the underside of leaves [5].

Both nymphs and adults live on the lower surface of leaves and suck juices through slender, piercing mouthparts. This produces yellow or whitish spots on the upper surface of the leaf. As the insects feed, they deposit a hard, varnish-like excrement onto the leaf surface. These are called tar spots or resin spots [1]. 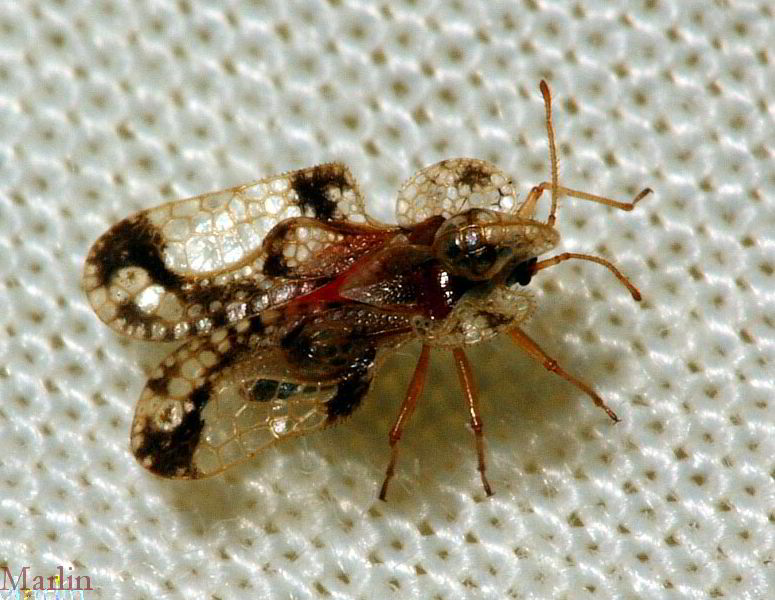 The hawthorn lace bug is one type that attacks deciduous plants. The adults hibernate under loose bark of their host plants as well as among leaf litter. They become active in early to mid-May and return to the new leaves. The females soon begin to lay eggs along the larger veins on the lower leaf surface. The females may lay eggs for a considerable time, often extending into June. The eggs hatch in a couple of weeks and the nymphs cluster together and feed. Each nymph sheds its skin (molts) five times before the adult stage is reached. Growth to the adult stage usually takes three to four weeks. Peak numbers of this pest are usually present in July. Only one generation occurs per year. Related species of lace bugs such as the oak, sycamore and hackberry lace bugs have two and occasionally three generations in a summer.