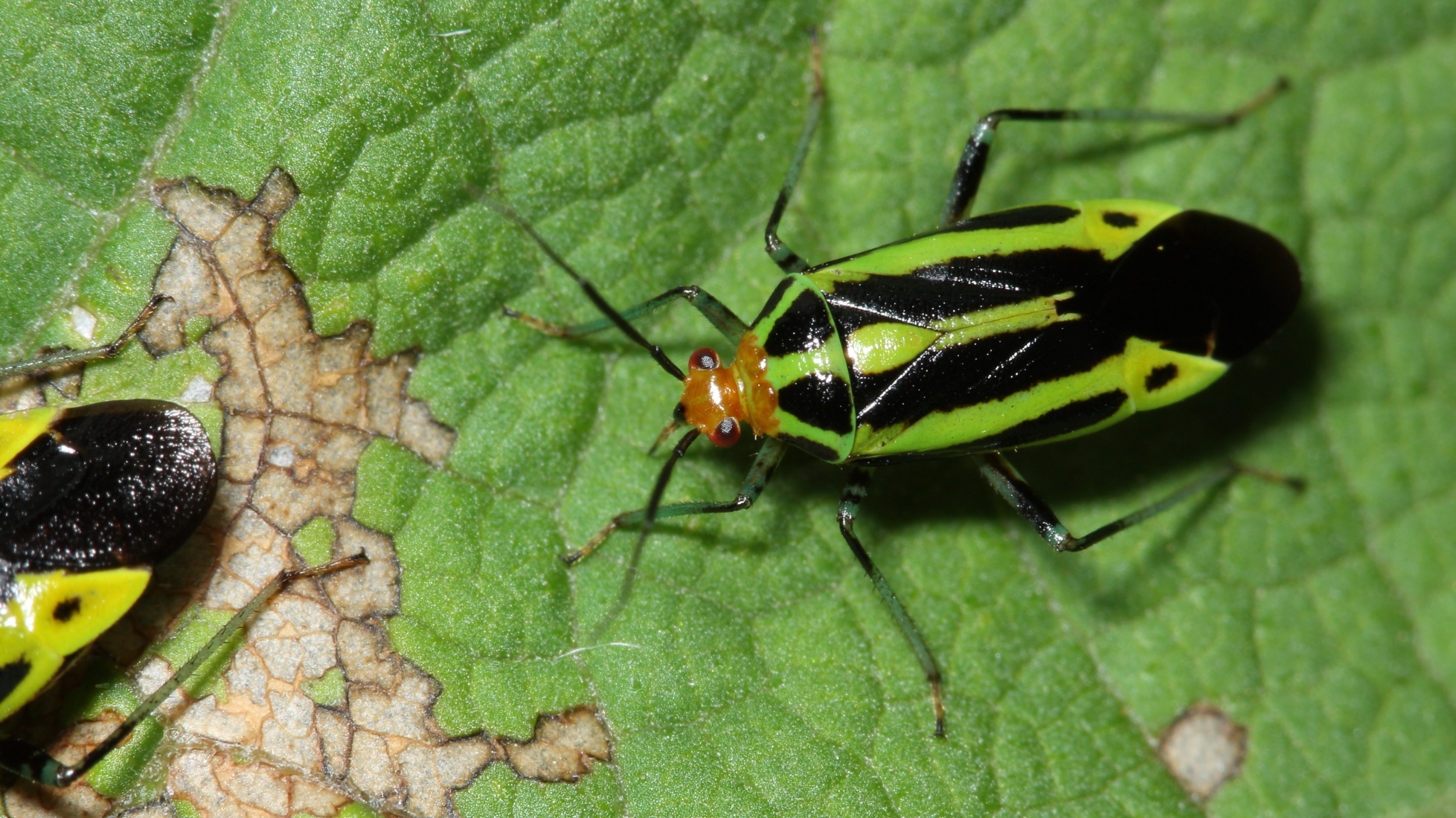 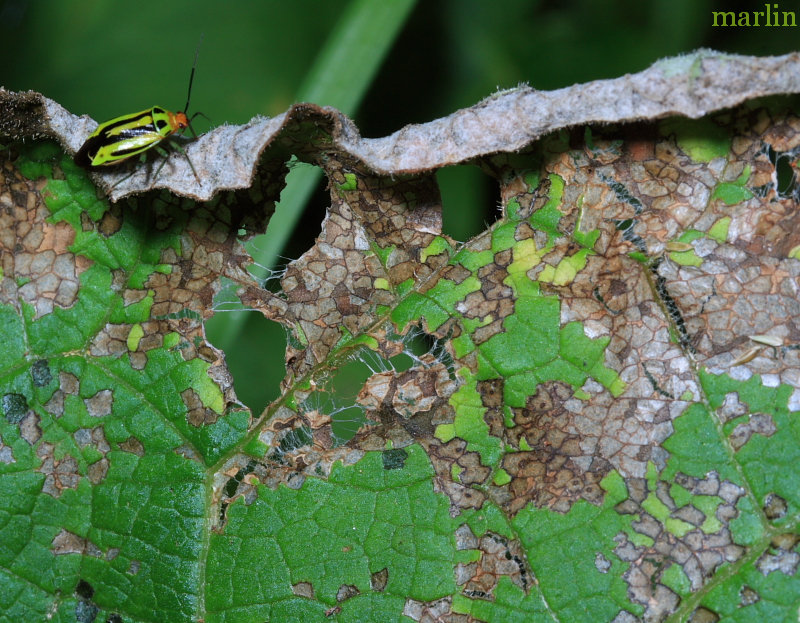 Both nymphs and adults feed on leaves, creating a distinctive mosaic-pattern of leaf damage, as each cell pierced dies, changes color and decays. Nymphs are bright yellow to red with rows of black spots on the abdomen. The adult stage is ¼ to 1/3 long and has four longitudinal black lines on its yellow or green back, thus the name. Itâ€™s quite a shy insect that scurries away when you try to find it. The insect overwinters as eggs laid in slits that are cut into plant shoots. There is one generation per year.  [1] 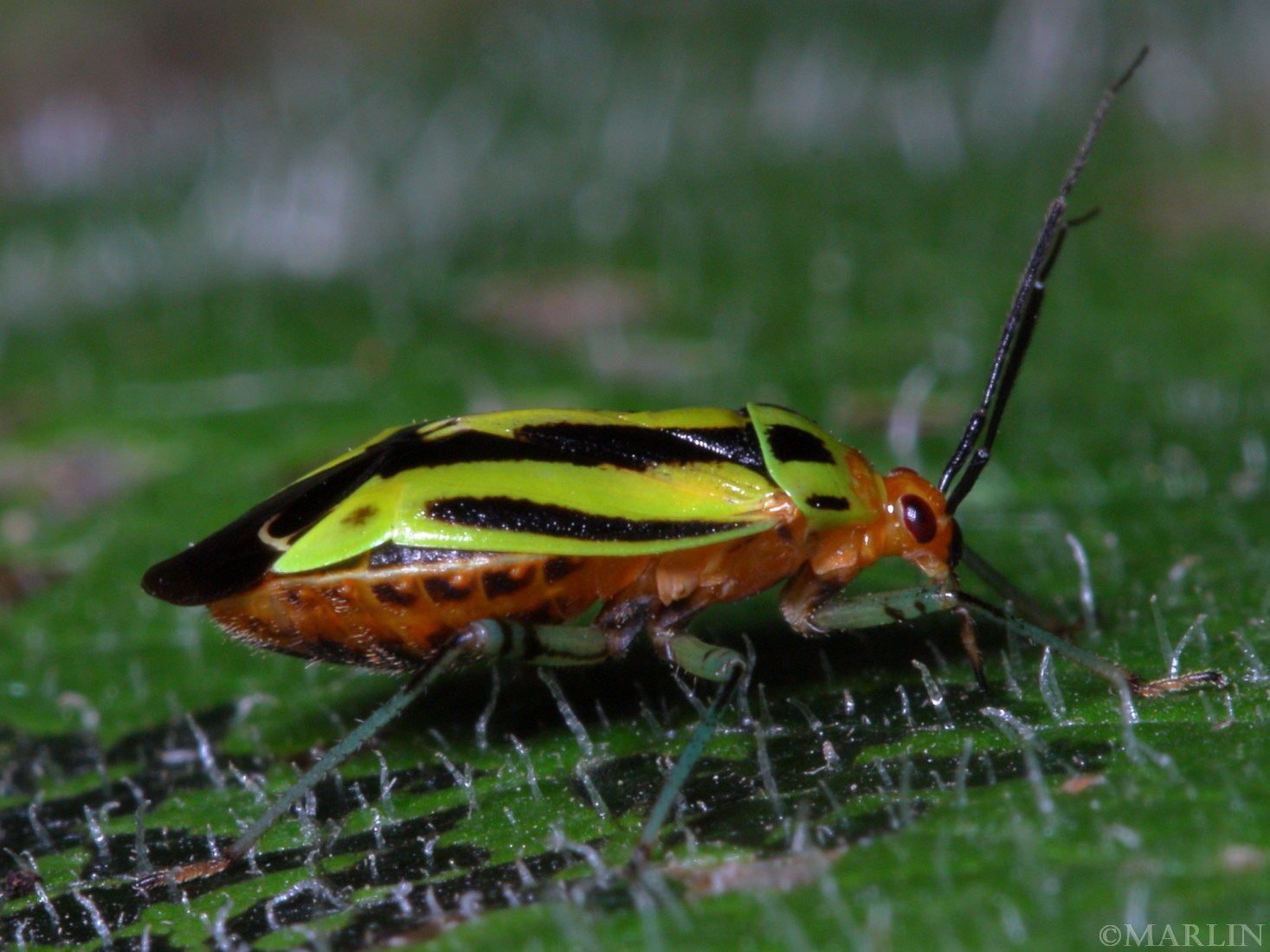 Most plant bugs are considered aesthetic nuisance pests since they rarely kill their host plants. However, leaf and flower distortion can be very severe and can greatly reduce the aesthetic value of landscape plants. Plant bugs insert their stylets into host plant tissues and inject a tissue dissolving saliva. They then suck out the liquefied plant tissues, much like other bugs suck the insides from their insect prey. 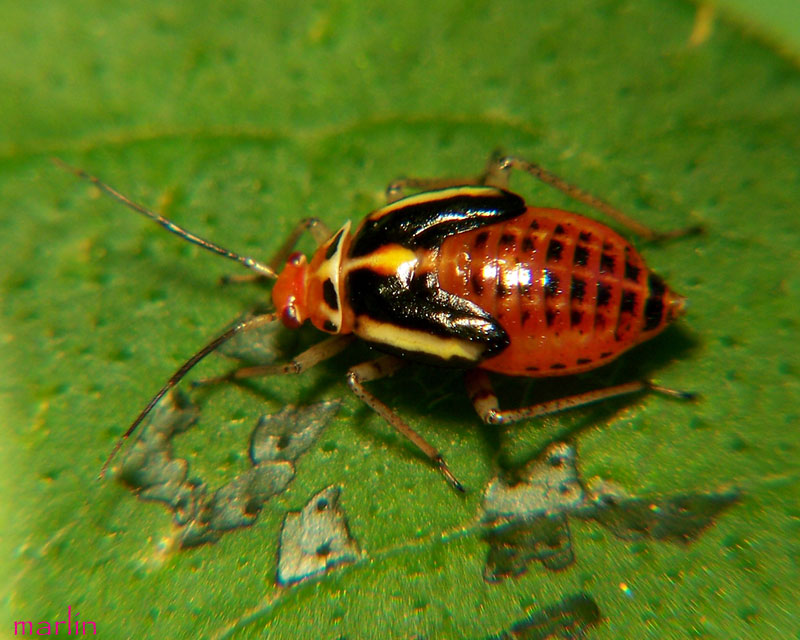 The tarnished plant bug and four-lined plant bug are common sucking pests that attack a variety of bedding and perennial plants. The daisy and mint families are especially susceptible to attack. Both bugs are quick to fly and the nymphs quickly run to the under surface of leaves when approached. They damage plants by causing small (1/16 inch), round, sunken spots on the leaves. These spots occur when the leaf bugs kill the leaf tissues during feeding. When these spots are numerous, the entire leaf may curl and wither.

Damage to plants usually occurs in the late-spring and early-summer when the nymphs are active. If this activity is several weeks before flower bud initiation, no damage will be evident at the time of flowering. However, early flowering plants can be severely damaged. These are the plants that need protection.

Since the plant bug nymphs cause most of the damage, control of this stage is suggested. Inspect plants early and try to detect the first signs of the sucking damage. Small numbers of nymphs can be dislodged from the plants into a container of soapy water. Higher populations are best controlled with a registered pesticide or insecticidal soap. Check the plants again in two weeks to catch any late emerging nymphs.