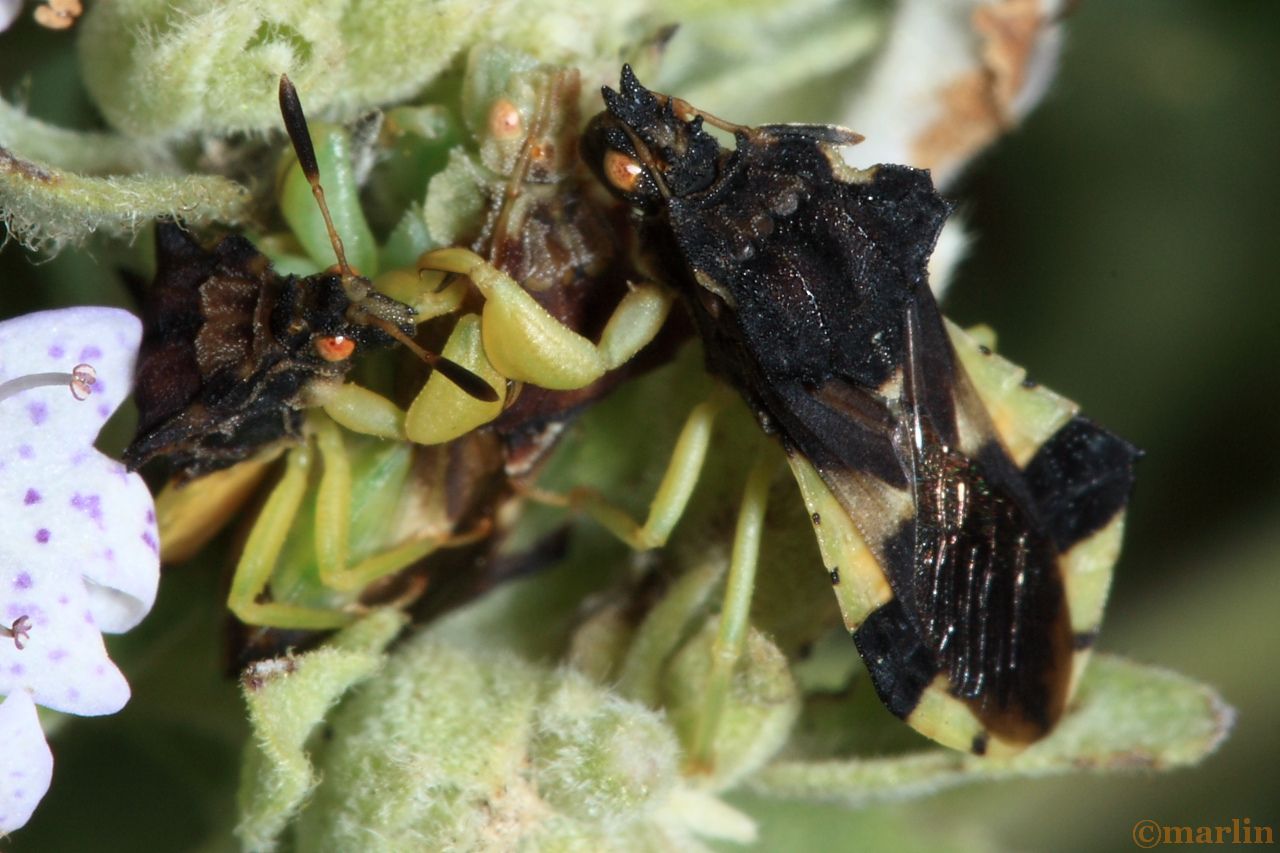 These stealthy critters sit very still on or near flowers, their superb camouflage allowing them to remain undetected while an unwitting butterfly or other unfortunate happens by to gather nectar. They then seize their prey using front legs adapted for the task – these legs resemble the front legs of the praying mantis. It is a ferocious bug indeed that takes prey 10 times its own size. 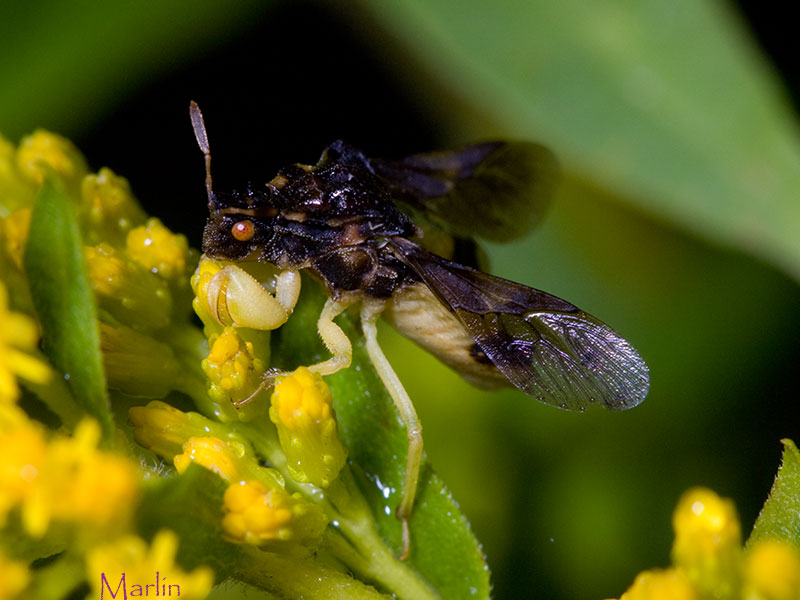 It’s rare to see an ambush bug spreading its wings

Like all true bugs, ambush bugs undergo simple metamorphosis, from egg through nymph and adult stages. Clusters of eggs are laid by overwintered females when the weather warms in springtime.  After hatching, nymphs undergo from 4-7 molts, shedding their exoskeleton as they grow, eventually reaching the adult stage.

Ambush bugs are often lumped in with another family, the Reduviidae, which are commonly called Assassin Bugs. Both Phymatidae and Reduviidae are distinguished from other families by their short, 3-segmented rostrum (rostellum), or beak. The beak is used variously to pierce, inject poison into, and suck juices out of prey. Bugs in other families have 4-segmented rostrums more often adapted to simply sucking fluids from plant tissue. [2]

Order Hemiptera: True Bugs number almost 5,000 species in North America, and 40,000 worldwide. They have mouthparts formed into a beak, adapted for sucking plant juices or the liquefied insides of their animal prey.