Clouded plant bugs have a piercing, sucking mouthpart which they use to break into plant cells. 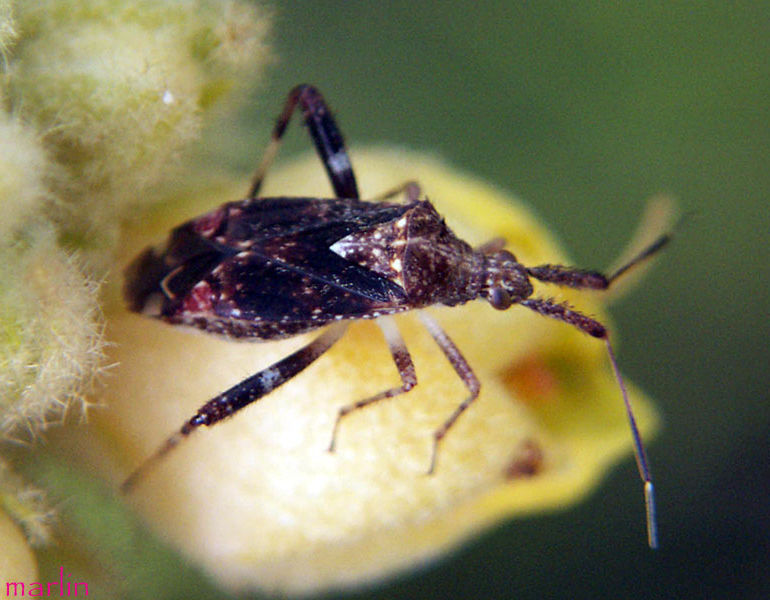 The clouded plant bug and four-lined plant bug are common sucking pests that attack a variety of bedding and perennial plants. The daisy and mint families are especially susceptible to attack. Both bugs are quick to fly and the nymphs quickly run to the under surface of leaves when approached. They damage plants by causing small, round, sunken spots on the leaves. These spots occur when the leaf bugs kill the leaf tissues during feeding. When these spots are numerous, the entire leaf may curl and wither. The tarnished plant bug has a light-green nymph and the adult has mottled brown colors. The fourlined plant bug has a bright red-orange nymph and the adults are lime green with four black stripes.

Damage to plants usually occurs in the late-spring and early-summer when the nymphs are active. If this activity is several weeks before flower bud initiation, no damage will be evident at the time of flowering. However, early flowering plants can be severely damaged. These are the plants that need protection. Since the plant bug nymphs cause most of the damage, control of this stage is suggested. Inspect plants early and try to detect the first signs of the sucking damage. Small numbers of nymphs can be dislodged from the plants into a container of soapy water. Higher populations are best controlled with a registered pesticide or insecticidal soap. Check the plants again in two weeks to catch any late emerging nymphs.