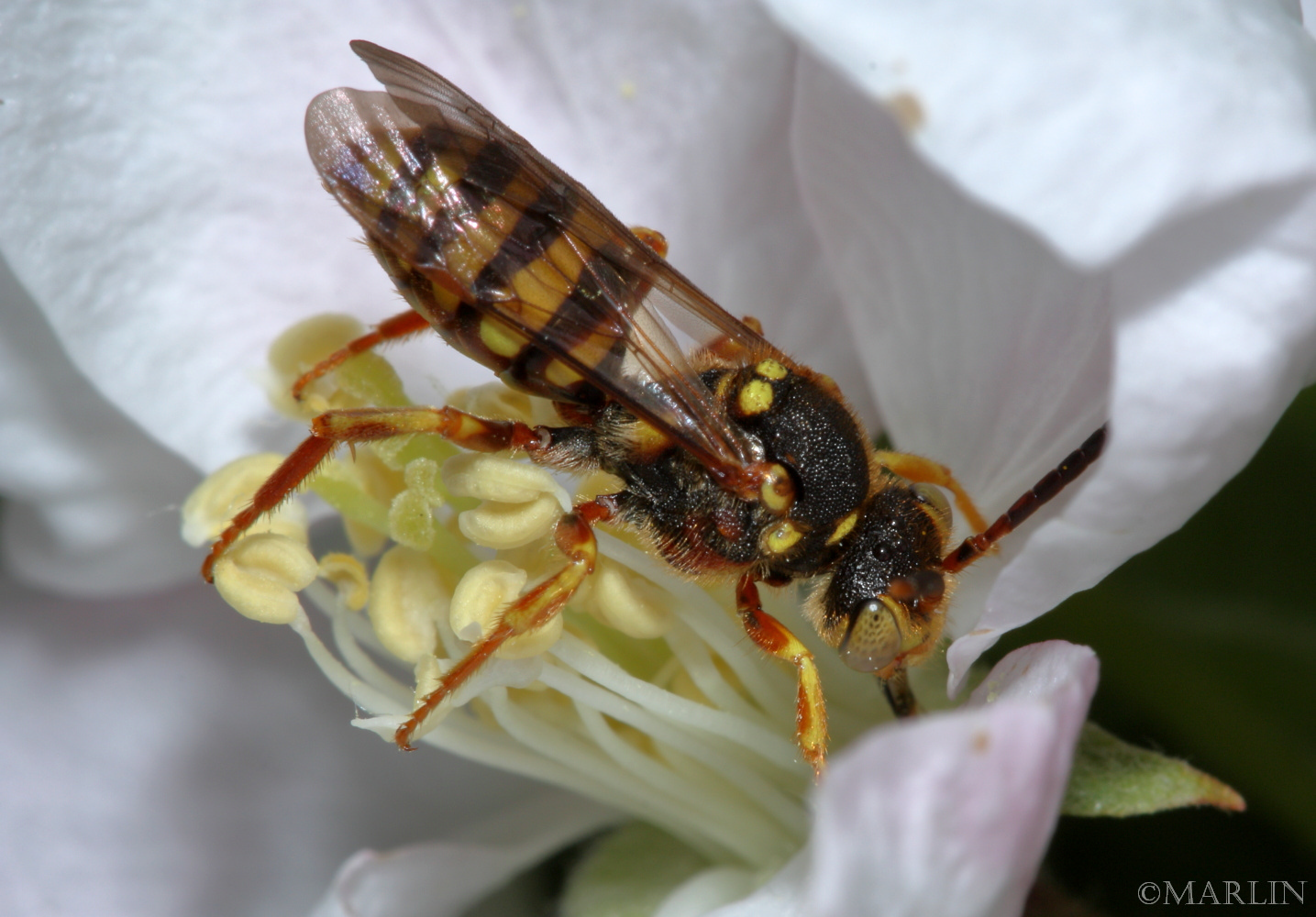 Cuckoo Bees are parasitic. The cuckoo bee lays her eggs in the nest of other bees, primarily digger bees and Andrenids.  Cuckoos are also said to be kleptoparasites, stealing honey and pollen collected by others. Cuckoo bees lack any pollen-transporting apparatus. Look for cuckoo bees flying low over the ground and foliage, hunting for foraging and nesting potential victims. 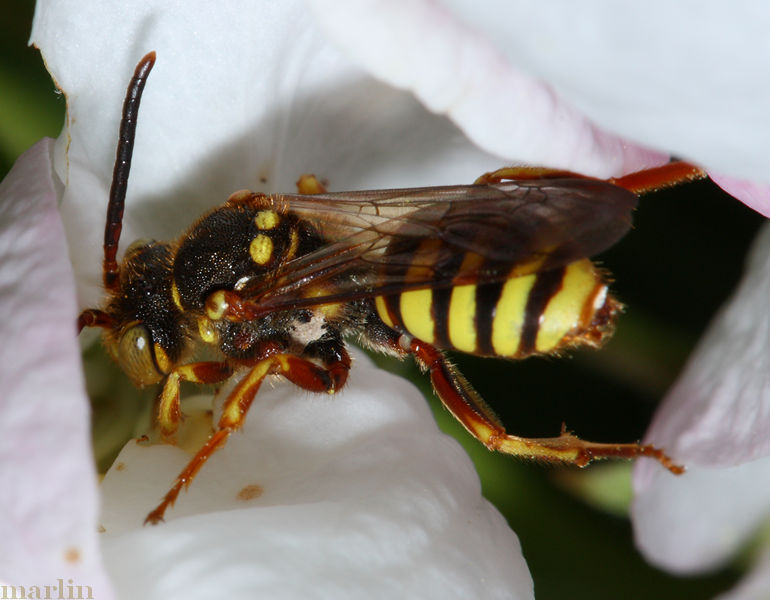