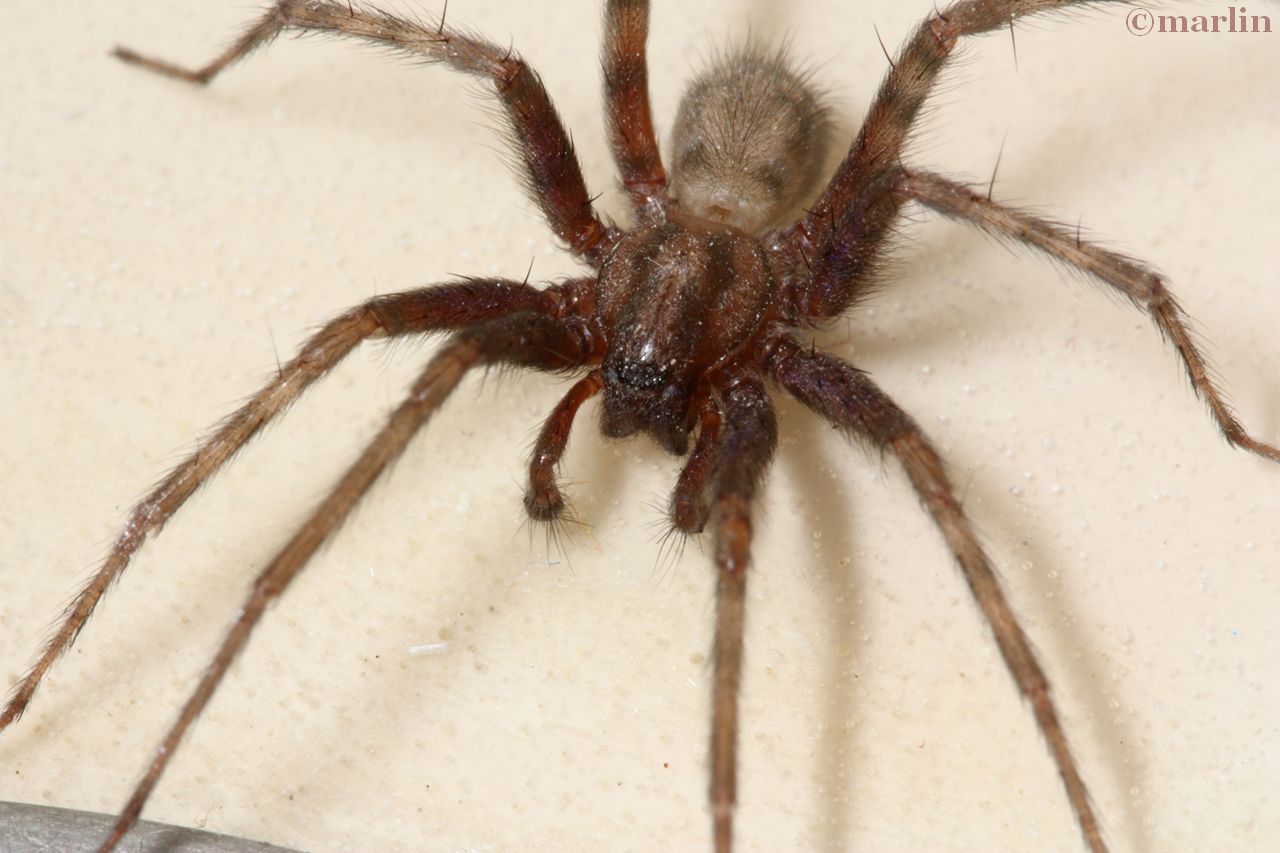 This brown spider is nowadays commonly called a drain spider, after its habit of becoming trapped in sinks and bathtubs. Many folks mistakenly think they come out of the drain. They can be a startling sight, but are harmless to people and their pets. This spider bites only defensively, and the symptoms are less than a mild bee sting. You’d have to work pretty hard to provoke one of these gentle creatures into biting. 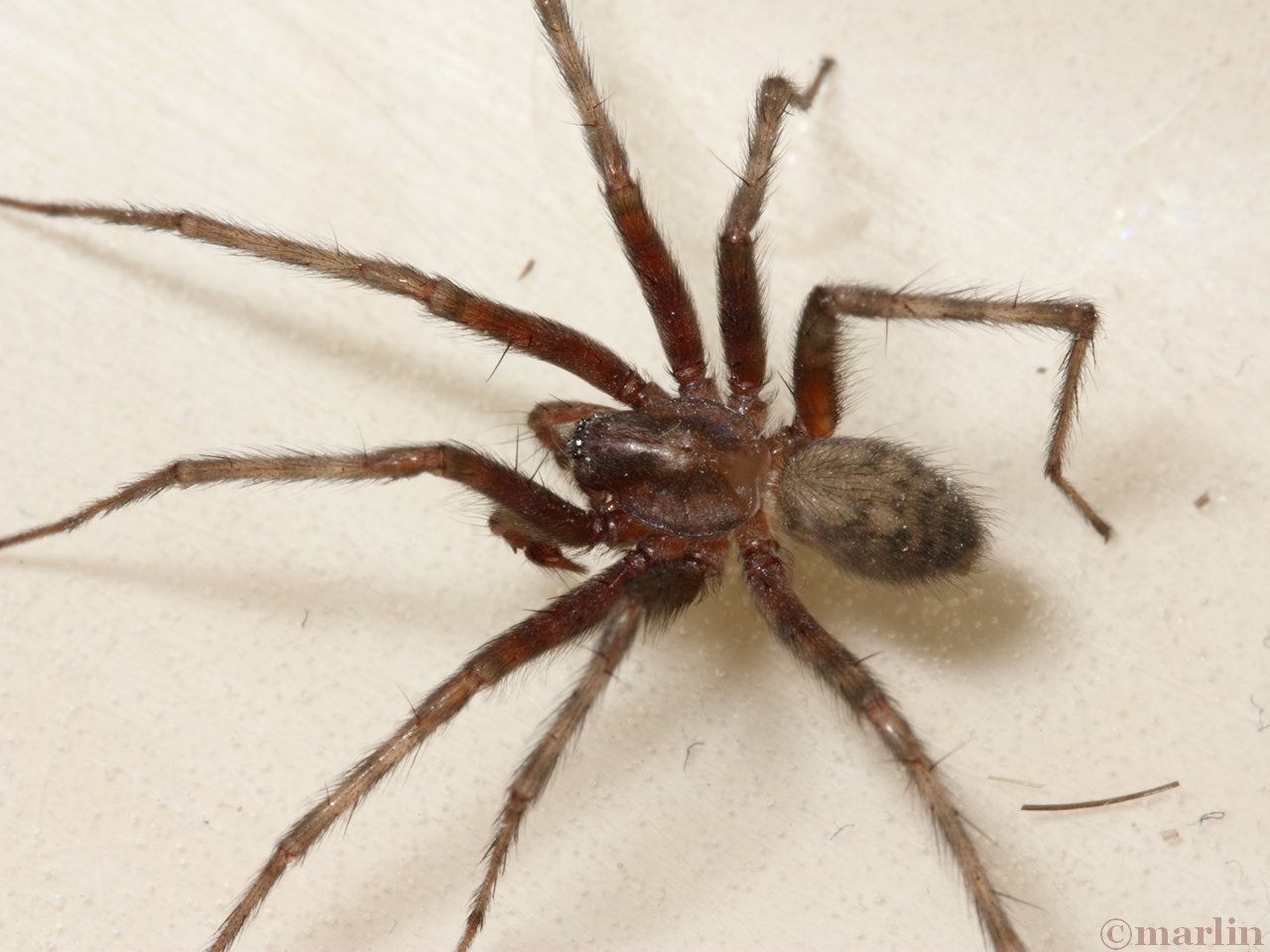 The barn funnel weaver is closely related to the so-called Hobo spider (Tegenaria agrestis), found in the Pacific Northwest. The hobo spider has been rapidly expanding its range since its introduction (from Europe) into the Seattle, Washington area in the 1930s and has moved into neighboring states. 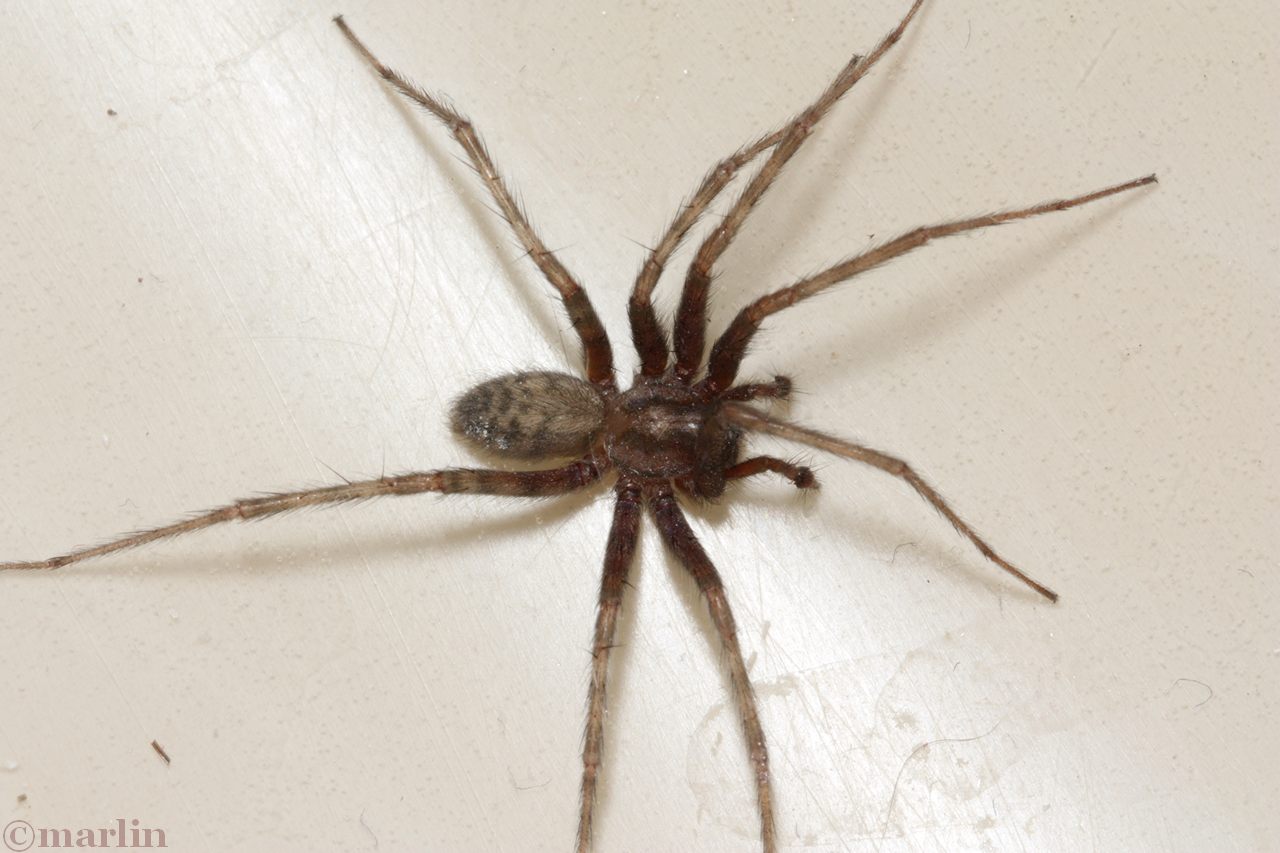 Though this spider’s body is only 8mm, the legs stretch to 45mm (almost 2 inches), a startling sight indoors. I found this guy (where else?) in my sink. Yow!

Evidence from scientific studies that refute the diagnosis of necrotic arachnidism is growing. Researchers have determined that many of the usual suspects including the yellow sac spider, the white-tailed spiders, wolf spiders (Lycosidae), and the hobo spider do not cause the suspected symptoms [2]. Numerous studies have found reported spider bites and resulting necrotic lesions are the result of bacterial infections unrelated to bites or stings.

Furthermore, the hobo spider is not of medical concern in its native Europe [2]. It is only the ignorant and fearful population of the United States that unjustly demonizes these creatures; Americans seem to be in love with being terrified of everything and everyone, and more than predisposed to blame spiders or insects for their unexplained dermatological problems. ALSO SEE: Bold Jumping Spider