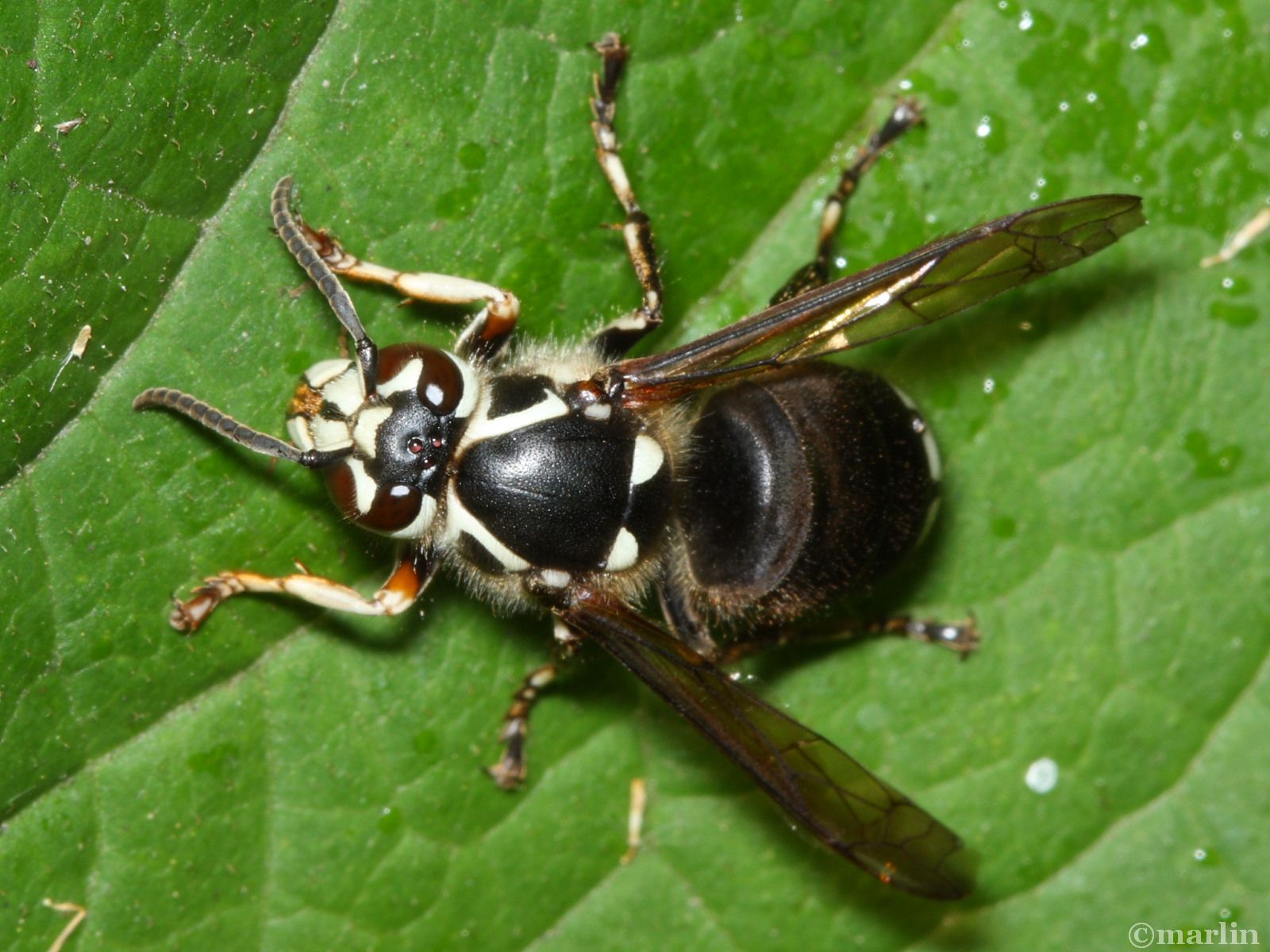 Although commonly called a hornet, Dolichovespula maculata is technically a wasp in the genus Vespula – many of which are commonly called yellowjackets or blackjackets. BFHs build exposed, gray nests in trees or shrubs, or under roof overhangs, in attics, crawlspaces, or under decks or porches. The nests are constructed of a paper-like material formed from chewed wood, and can get larger than a basketball. 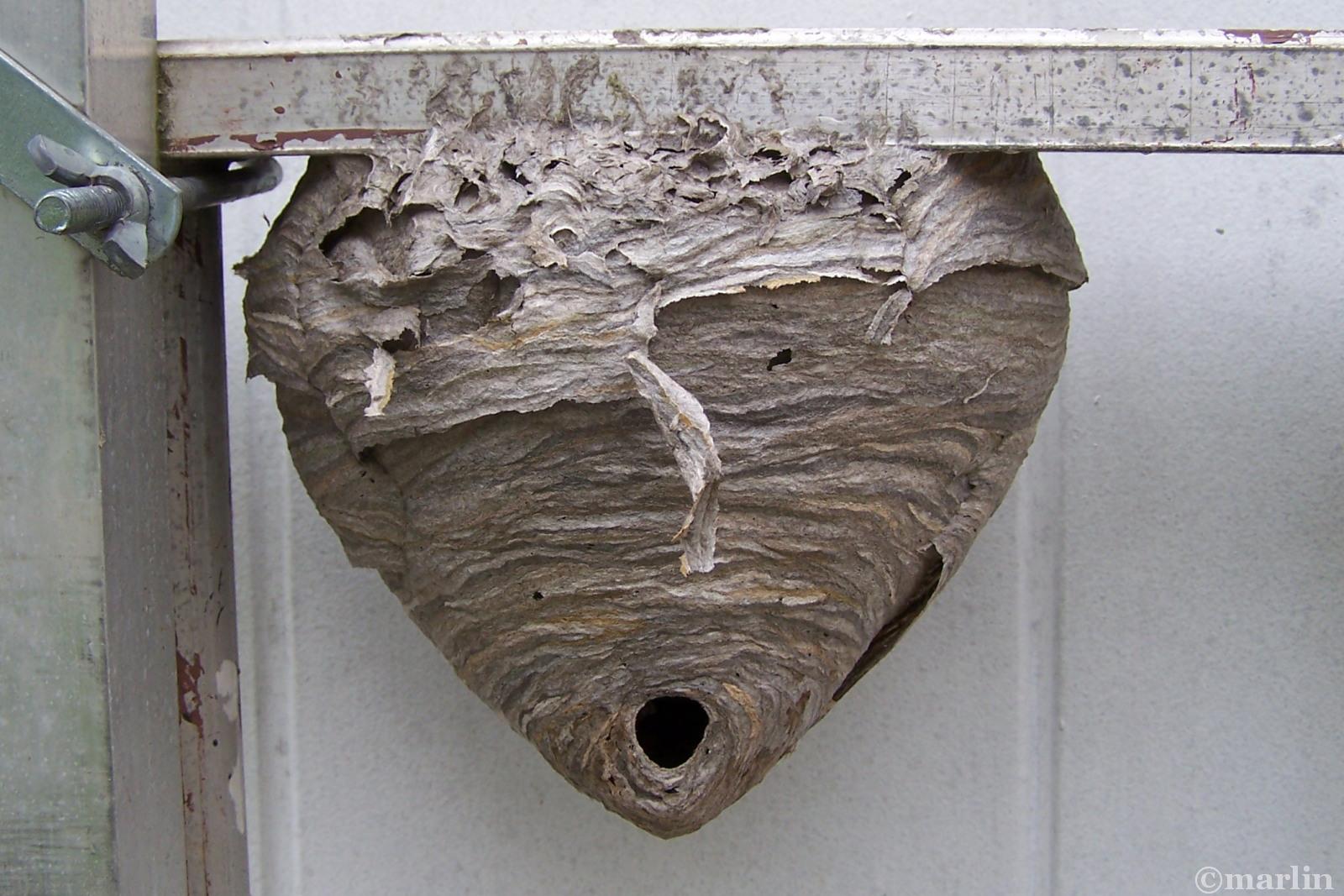 Bald-faced hornet nests, like the one above, are abandoned in the autumn and never used again.

Life cycle: In spring , the queens emerge from diapause and build small nests consisting of a few paper cells. 1 egg is laid in each cell. When the eggs hatch, the female hornets hunt other insects to feed to the larvae.  When larvae are fully grown, they spin silk cocoons inside their cells and pupate into adult wasps. The wasps that emerge from the cells are all sterile female workers, which then take over nest building and foraging duties. 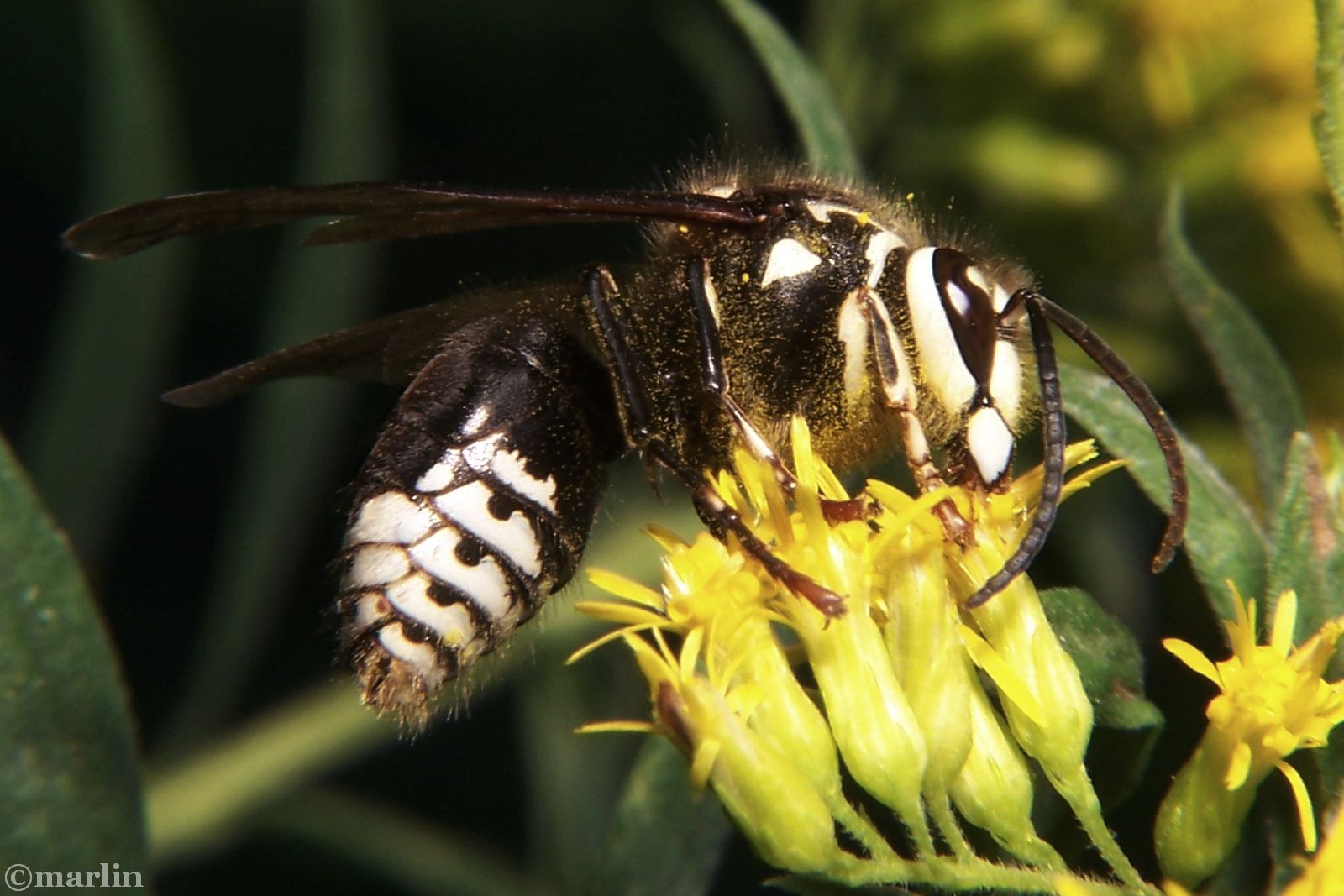 Near the end of the summer, female larvae are fed greater amounts of food, which allows them to develop into queens, with complete reproductive systems. At the same time, the queen lays unfertilized eggs, which develop into male wasps. The males mate with the fertile females, and the colony breaks up with the onset of autumn. The fertilized females overwinter and the males die. 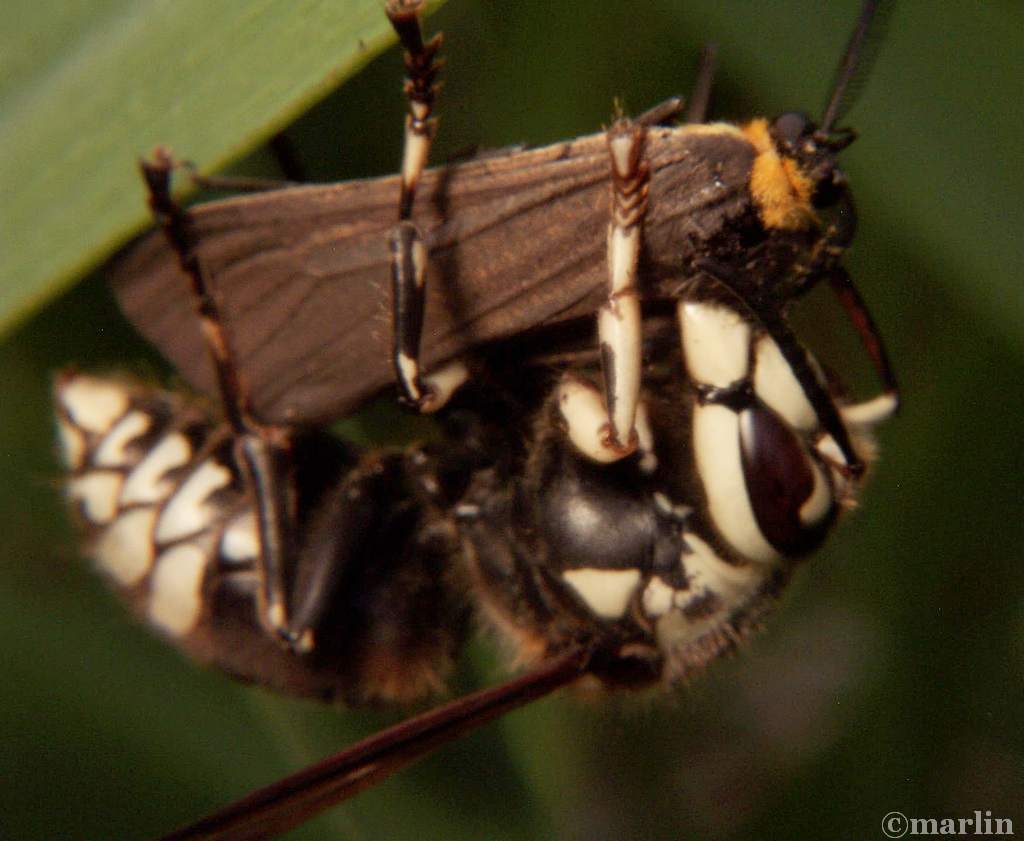 Baldfaced Hornet queen attacks.  I witnessed a macabre spectacle; out along the shore of a small pond near my house, I happened to see an enormous black and white hornet queen hunting amongst the low plants and grasses – and watched in amazement as she attacked and ate a scape moth in a matter of 2 minutes or so. Sterile female workers are about 14mm long, while a queen can be as big as 20mm. That’s a big hornet, and if you are ever fortunate enough to see one, it’s a sight you’ll not soon forget. (Always keep in mind: these gentle creatures are paying no attention to you.)