According to the Centers for Disease Control, Lyme disease is now the most common vector-borne infection in humans in the United States. More than 16,000 cases of Lyme disease were reported to the CDC in 1999. Ninety-two percent of these were from the New England states. Some years the numbers are not as high, but according to the CDC Lyme disease is under-reported. Since its discovery in 1975, cases have been reported from Canada, Europe, Australia, Asia, and the USSR. Lyme disease has been reported in domestic animals, including dogs, horses, and more recently, cattle [2]. 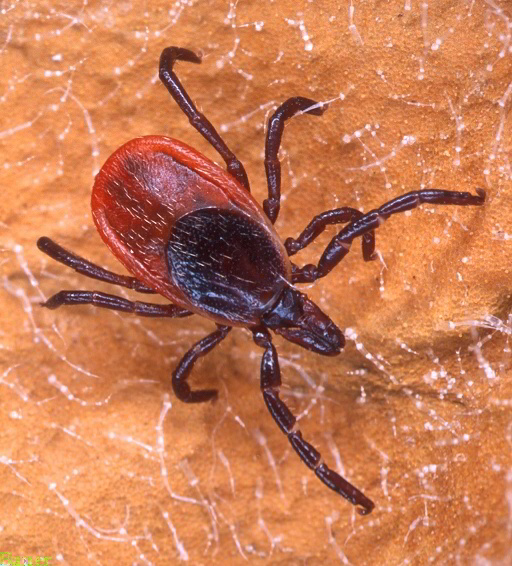 Ötzi the Iceman, a stone-age hunter of 5,300 years ago, discovered frozen in ice in the Alps in 1991, was found by DNA analysis to be suffering from Lyme disease. He was also found to be lactose-intolerant and to have been murdered with a bow and arrow. His is the earliest know evidence of the Lyme disease bacteria Borrelia burgdorferi.

Borrelia burgdorferi, the bacteria causing Lyme disease is maintained in nature in I. scapularis and I. pacificus ticks and certain host species, chief of which is the white-footed mouse. A few bird species are also thought to be reservoir hosts. Crucial to maintenance of the cycle of B. burgdorferi between I. scapularis and reservoir hosts in the northeastern U. S., is the appearance of host-seeking nymphs (the second feeding stage) of one generation in late spring followed 2 months later by the host-seeking larvae (first feeding stage) of the next generation. 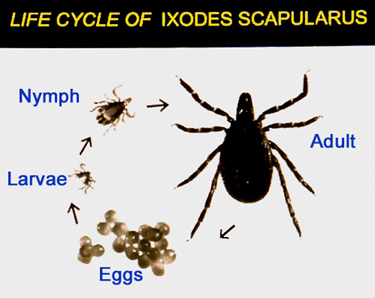 The symptoms of Lyme disease include a round or oval rash at the site of the tick bite. It may be solid red, or have a bull’s-eye appearance. If left untreated, the infection can cause paralysis of the face, severe headaches, neck stiffness (meningitis), heart palpitations, diziness, and intermittent bouts of arthritis with joint pain, inflammation and swelling, especially in the knees.

Lyme disease is often confused with Lupus, a long-term autoimmune disorder that may affect the skin, joints, kidneys, brain, and other organs. Lupus symptoms include many of the same players: fatigue and fever, joint pain, stiffness and swelling, butterfly-shaped rash on the face that covers the cheeks and bridge of the nose, fingers and toes that turn white or blue when exposed to cold or during stressful periods (Raynaud’s phenomenon), shortness of breath, chest pain, dry eyes, headaches, confusion, and memory loss [4]. 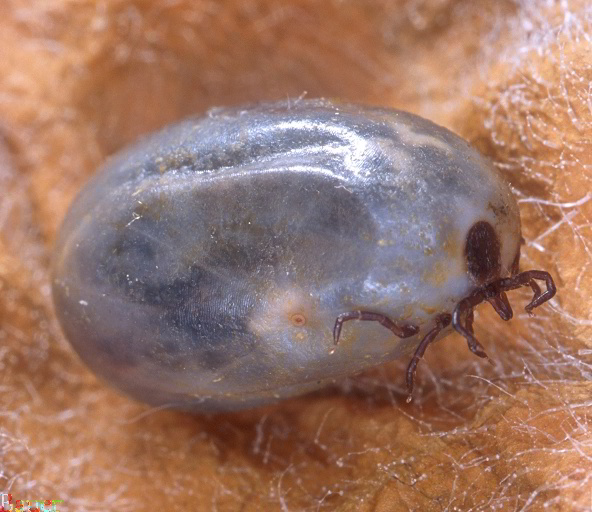 Class Arachnida / Order Araneae: Spiders are the largest group of arachnids.  They are easily recognized by their eight legs, and there are few creatures great or small that elicit such irrational fear in mankind. The vast majority of spiders are completely harmless and offer beneficial services, chief of which is keeping the burgeoning insect population in check. Spiders Index | Orb Weavers | Jumping Spiders