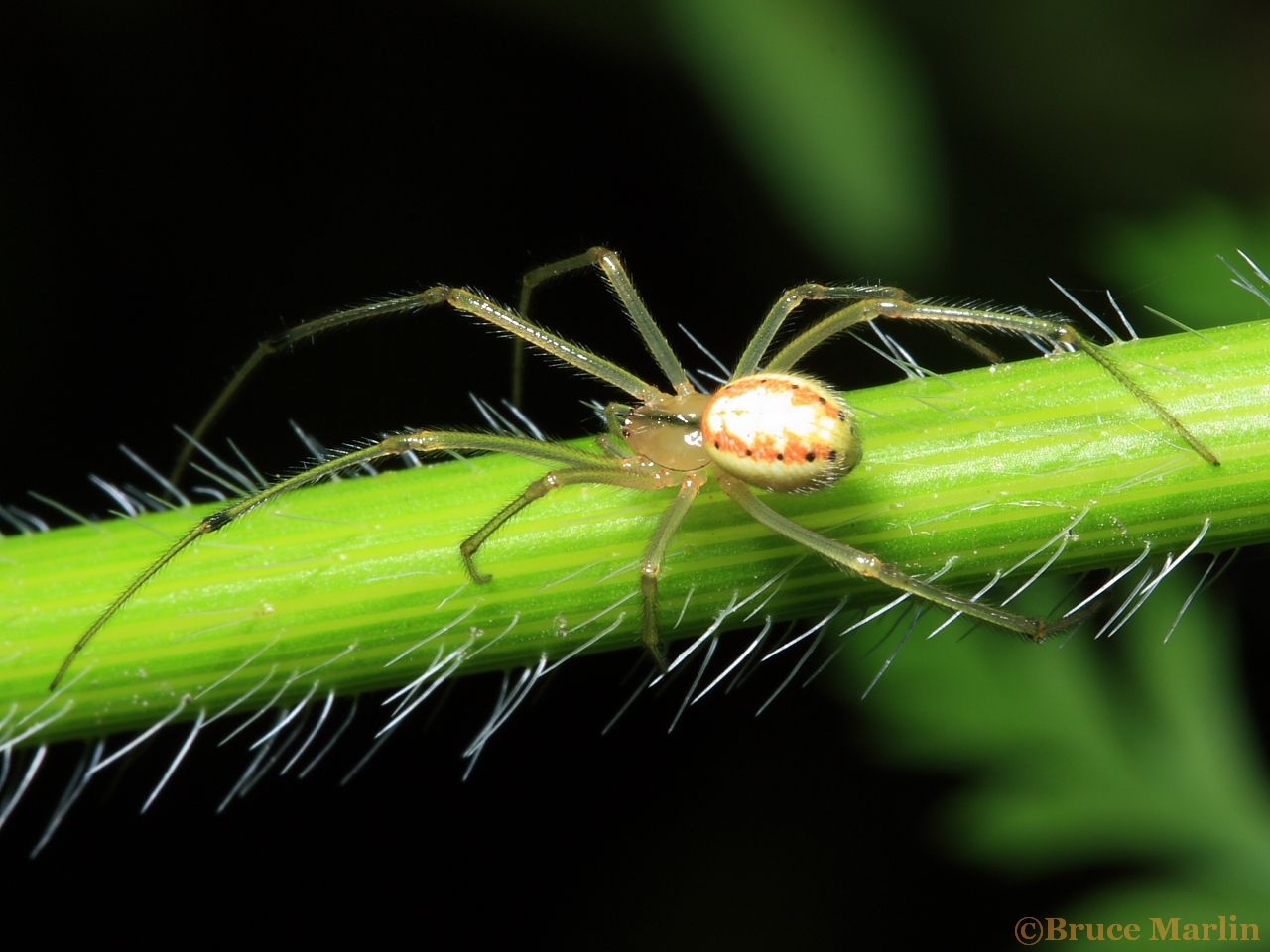 Family Theridiidae  Size = 10mm.  Cobweb spiders spin an irregular web that can be described as an intersecting mass of scaffold work with a central area consisting of a three-dimensional trellis of silk. The common name “comb-footed spider” results from the  “comb” on their last pair of legs. The comb is a series of serrated spines which they use to comb out the silk from the spinnerets. This combed silk is not sticky but insects get entangled in it. The black widow spider is a member of this family. [2] 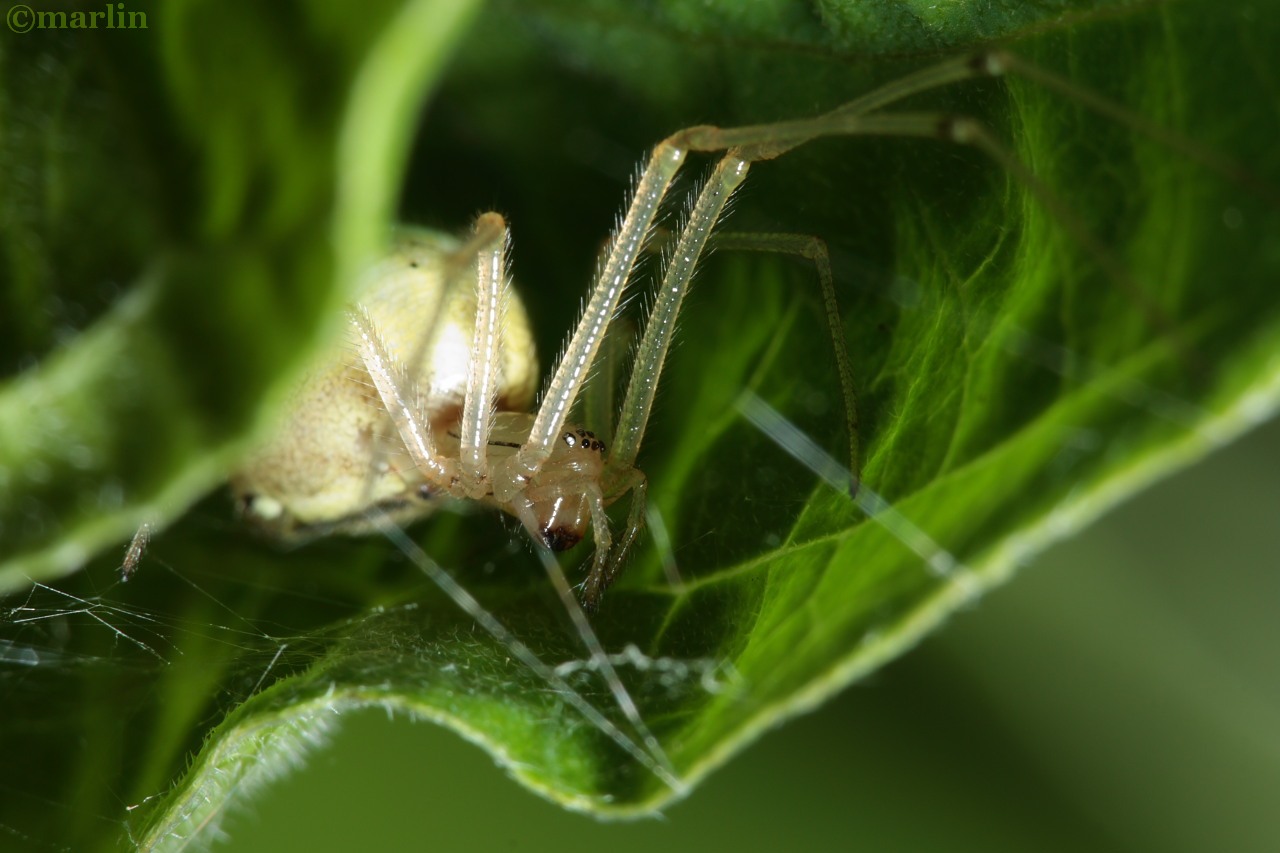 This gal is holed up in her retreat web, formed by folding over and tying a plant leaf into a cup-shaped safe harbor. Many types of spiders and insects use this method for building a home. I found this specimen roaming about in the leaf litter of a deciduous forest in northern Illinois. 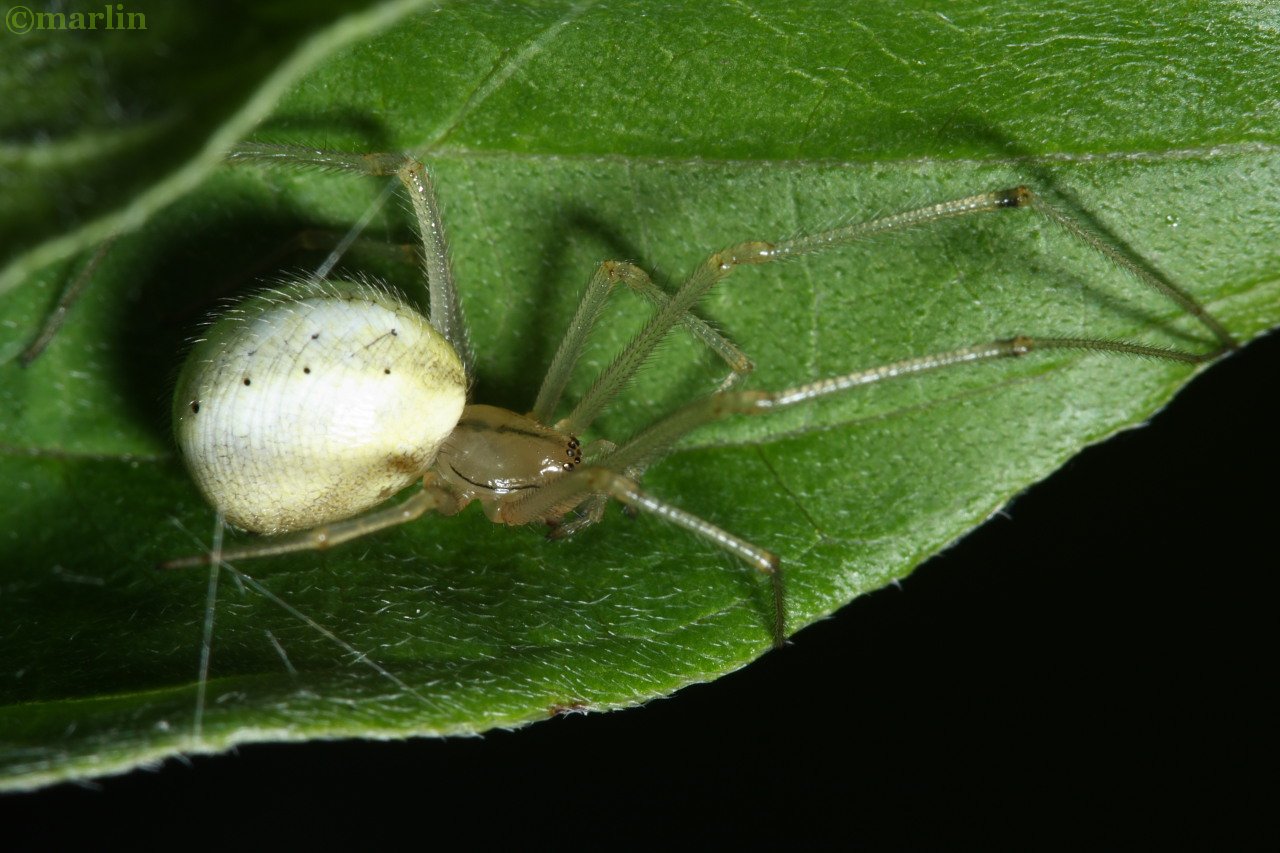 Common in North America, cobweb spiders be found almost anywhere there are weeds, fences, trees, walls, or other upright structures to build their webs. They will eat almost anything that is small enough to get trapped in their webs. Like most web-building spiders, cobweb spiders tend to have poor vision – they don’t need to see very well because they can “feel” prey when it gets caught in their webs. Most cobweb spiders are considered beneficial to humans. They eat flies, mosquitoes, and other annoying creatures.

Cobweb spiders have eight eyes, eight legs, 2 body parts, and fang-like mouthparts called chelicerae. Cobweb spiders undergo simple metamorphosis: like all spiders, young cobweb spiders hatch from eggs and look like tiny adults. They shed their skin as they grow. Most cobweb spiders live for less than 1 year. At the end of the summer, females produce a large amount of eggs that they wrap in a papery egg sac made of silk. Spiderlings hatch in the spring.