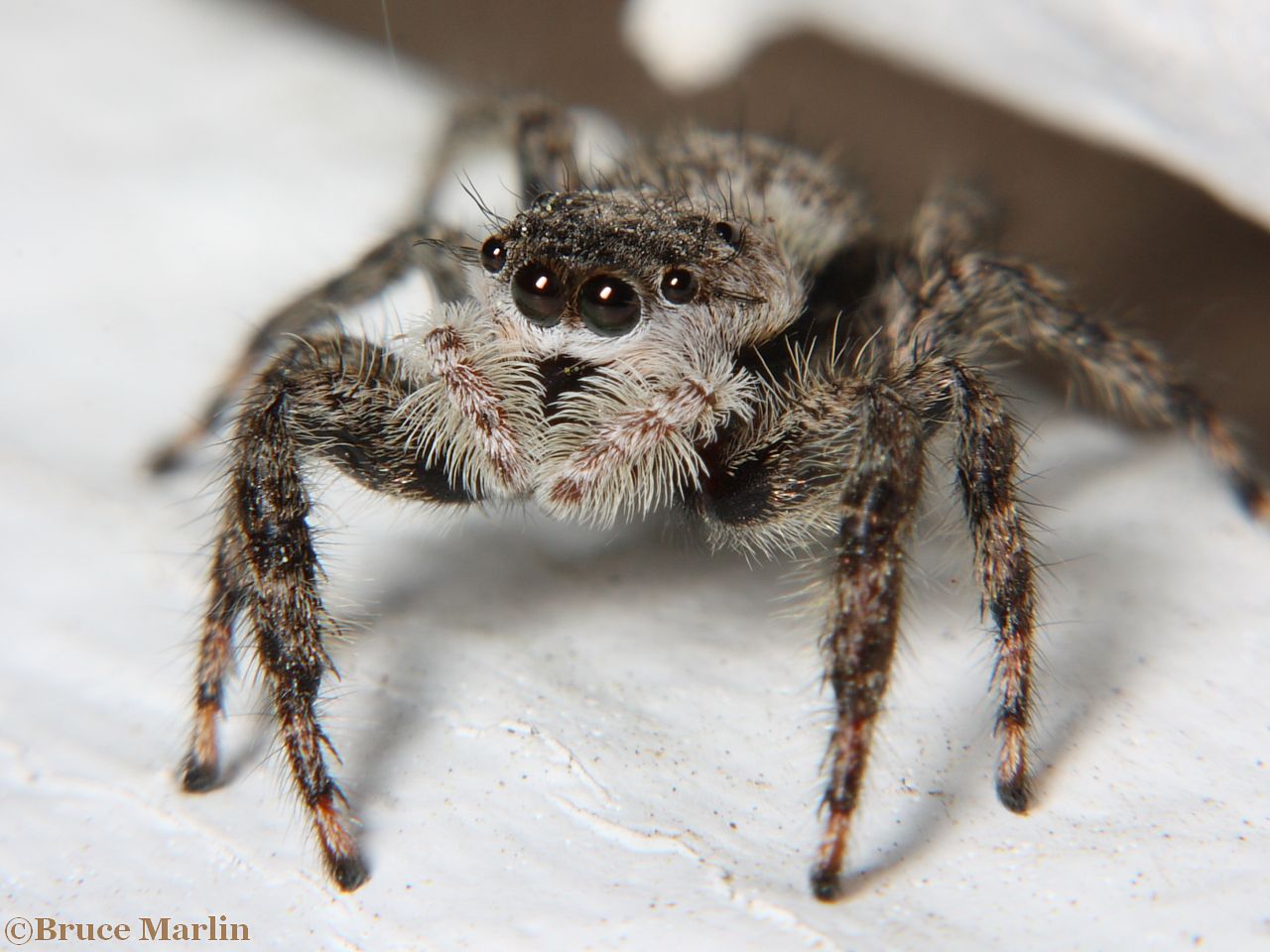 Jumping spiders are small to medium in size, stout-bodied and short-legged, with a distinctive eye pattern. The body is rather hairy (pubescent) and frequently brightly colored or iridescent. They approach prey slowly and, when a short distance away, make a sudden leap onto the unfortunate animal. They are good jumpers and can leap many times their own body length. [3] 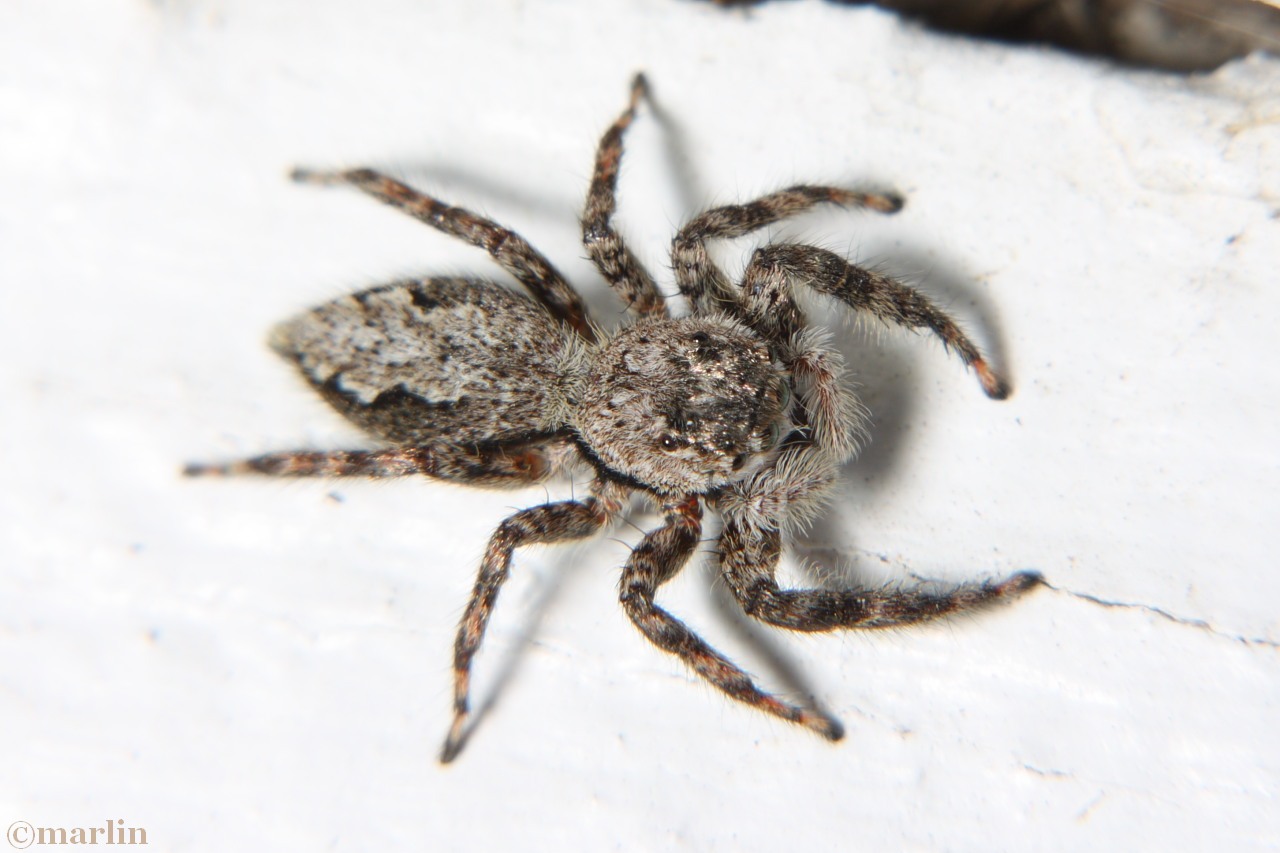 Jumping spiders have excellent vision, among the highest acuity in invertebrates. The eight eyes are grouped four on the face (the two big anterior median eyes in the middle, and two smaller anterior lateral eyes to the side), and four on top of the carapace. The two large, forward-facing eyes (AME) are tubular behind the lens, with a well-developed musculature, unique to salticids, that supports and moves the retina – the opposite arrangement of our own eyes. [1] 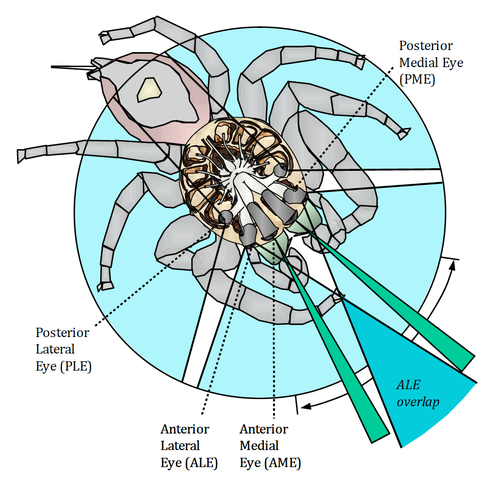 Spider musculature is also different from ours: in the spider, muscles operate from the inside to move external skeletal elements; our own skeletal muscles surround the elements they operate. But even these glaring differences are nothing compared to the jumping spider’s brain and digestive system – their esophagus passes right through the brain, and one branch of the gut actually sits on top of the eyes and brain. [3] 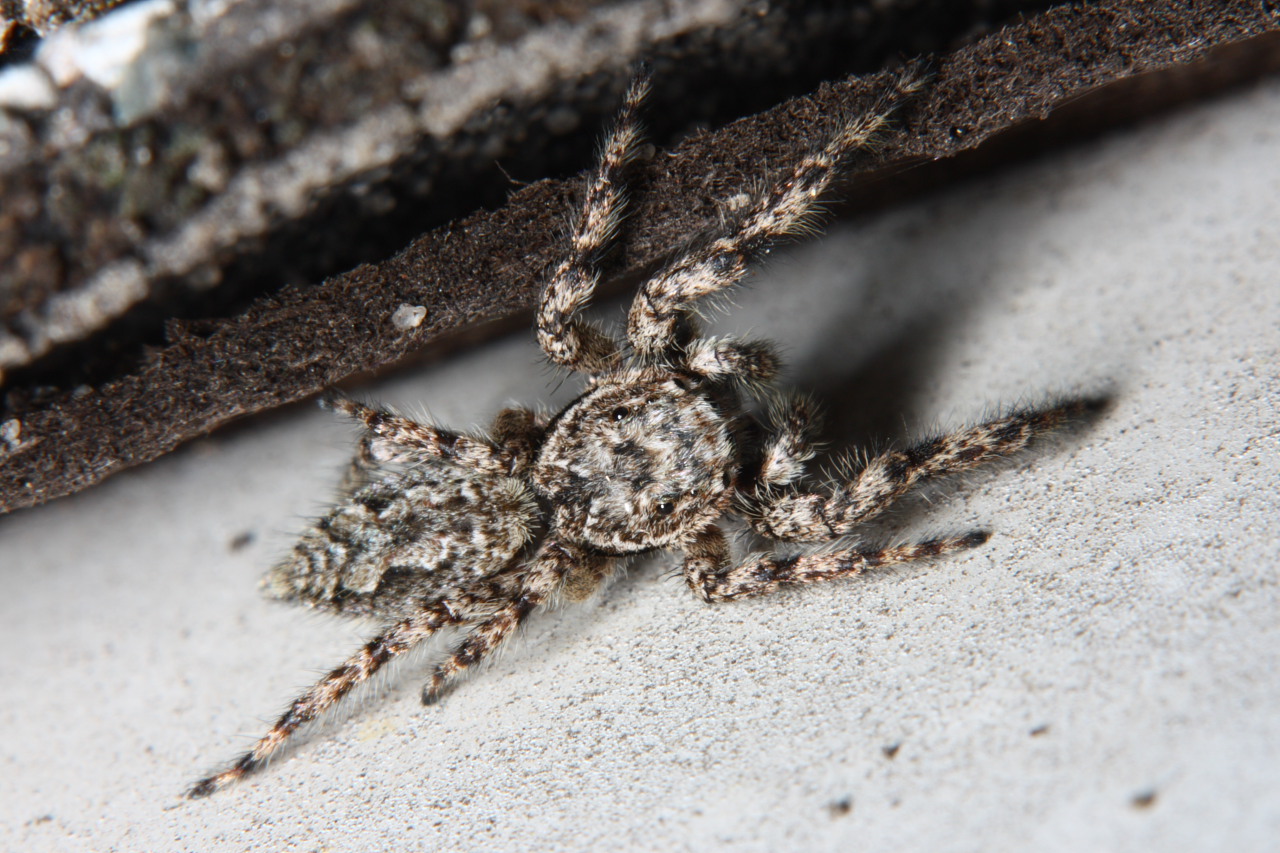 Male jumping spiders have an unusual method of sexual intercourse: they use their palpi, the little “feelers” beside the face – in females, these palpi are simple and leg-like. Both males and females use them like little hands, to manipulate food and to clean their faces. But adult male palpi are larger and much more complex (that’s one way to tell a male spider: adult and sub adult males have the palpi swollen like boxing gloves).

When the male is ready to mate, he spins a small web and deposits a drop of sperm on it from the underside of his abdomen. He then places the tip of the palp into the sperm, and draws the sperm through the palp’s opening into the sperm duct, where it is stored. He then goes cruising for chicks. If he finds one, he performs a courtship dance for her, during which she assesses his fitness. If she accepts him, he places his palp against an opening on the underside of her abdomen (her epigynum), and guides it into place by putting a thumb-like projection, the tibial apophysis, into a groove in her epigynum. The palpus then expands, locks in place, and injects the sperm. [3] 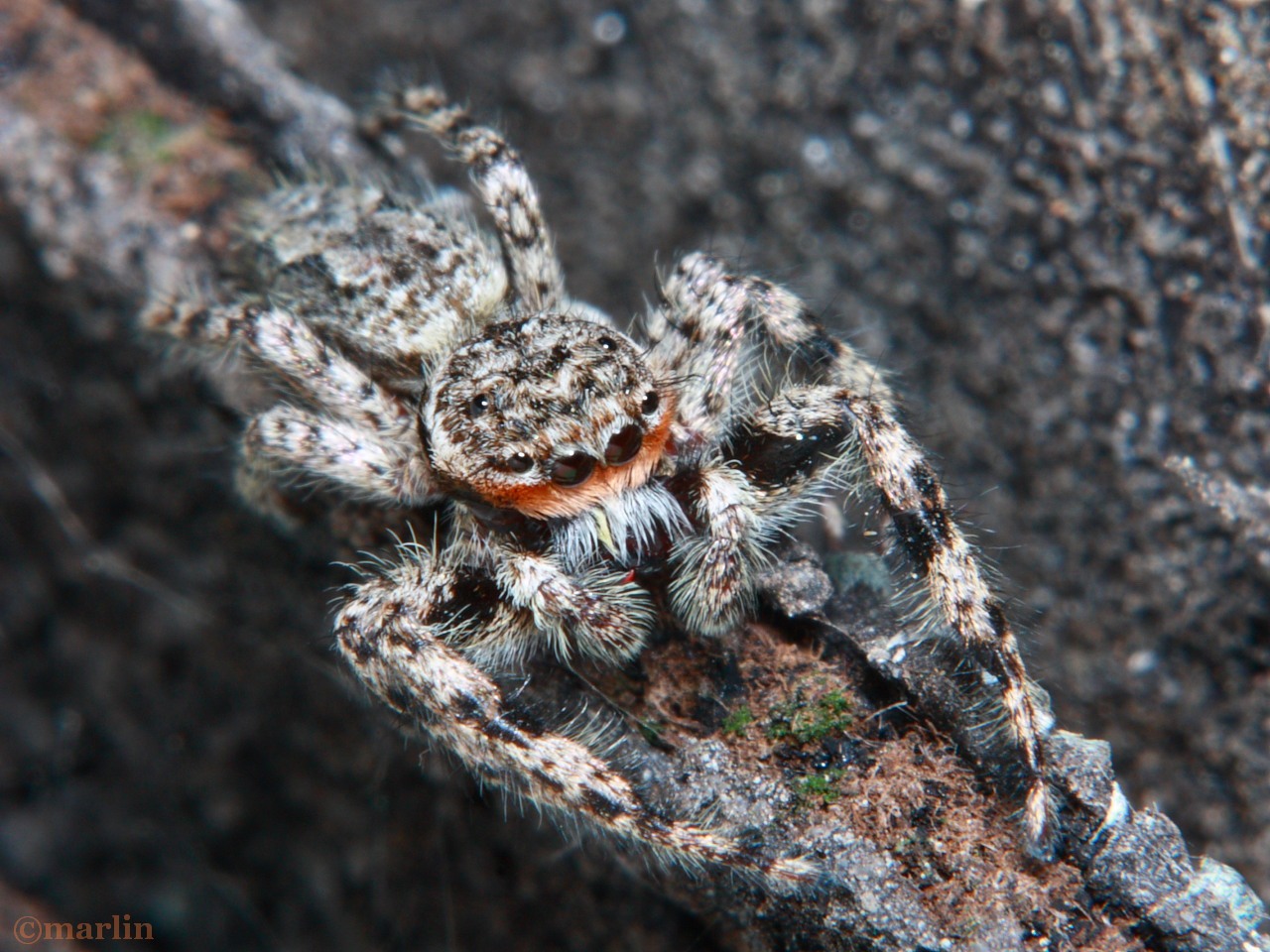 Male specimen sports an orange band under his eyes. He is somewhat smaller that the female. You can see the red tip of one fang peeping out just below his moustache. Jumping spiders are the only arachnids I can tolerate crawling on me. They seem so gentle and engaging! I have never been bitten.