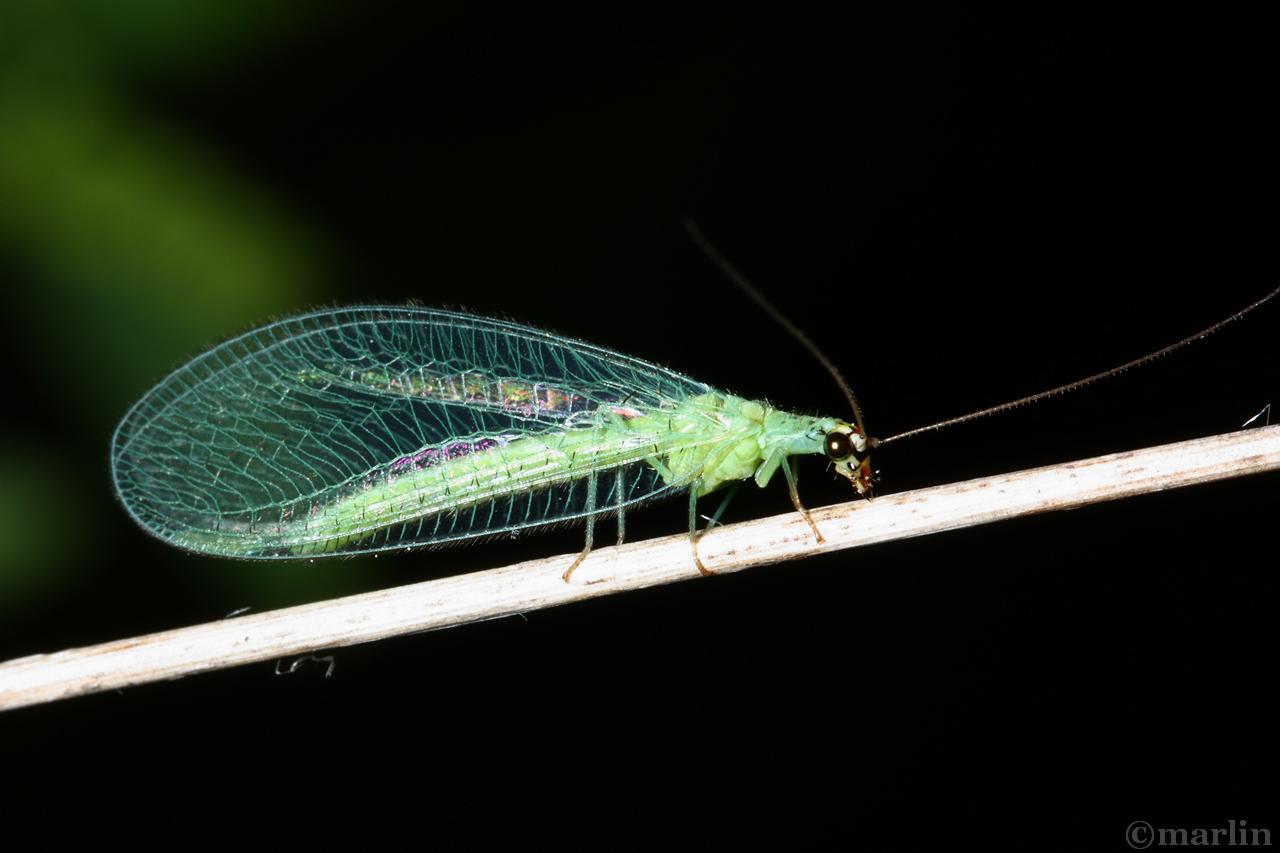 Order Neuroptera, with about 4,500 described species, makes up only a tiny fraction of the insect kingdom. Neuroptera is Latin for “netwing.” The Chrysopidae, the largest family within the Neuroptera, consists of approximately 1500 species in 90 genera. Green lacewings and their allies are fearsome predators of aphids, and are extremely beneficial to flower and vegetable gardeners.

Green lacewings can be very numerous under the right conditions, and have a very distinctive, fluttering, swooping flight. They have a number of defenses, among them a chemical stench both adults and larvae emit from special glands. One component of the compound is skatole, well known as one of the smelly substances in mammal feces. It is presumed this odor deters predators [1] .

Lacewings face danger when in flight, chiefly from bats and spider webs.  Both male and female Chrysopids are acoustically sensitive to the frequencies used by bats in echolocation, and are able to take evasive action while being pursued.

They also have a strategy for escaping spider webs: they are so light that when they blunder into a web, they often do not create enough vibration to alert the spider. Then, instead of struggling as most insects do, the lacewing carefully works itself out by biting through the strands holding its legs and antennae. Then, when it is stuck only by its wings, the creature become completely immobile, letting gravity do all the work. Slowly, the lacewing will slide downwards out of the web. It is able to do so only because the tiny hairs on the wings prevent the sticky spider silk from actually contacting the wings’ surface. [1] 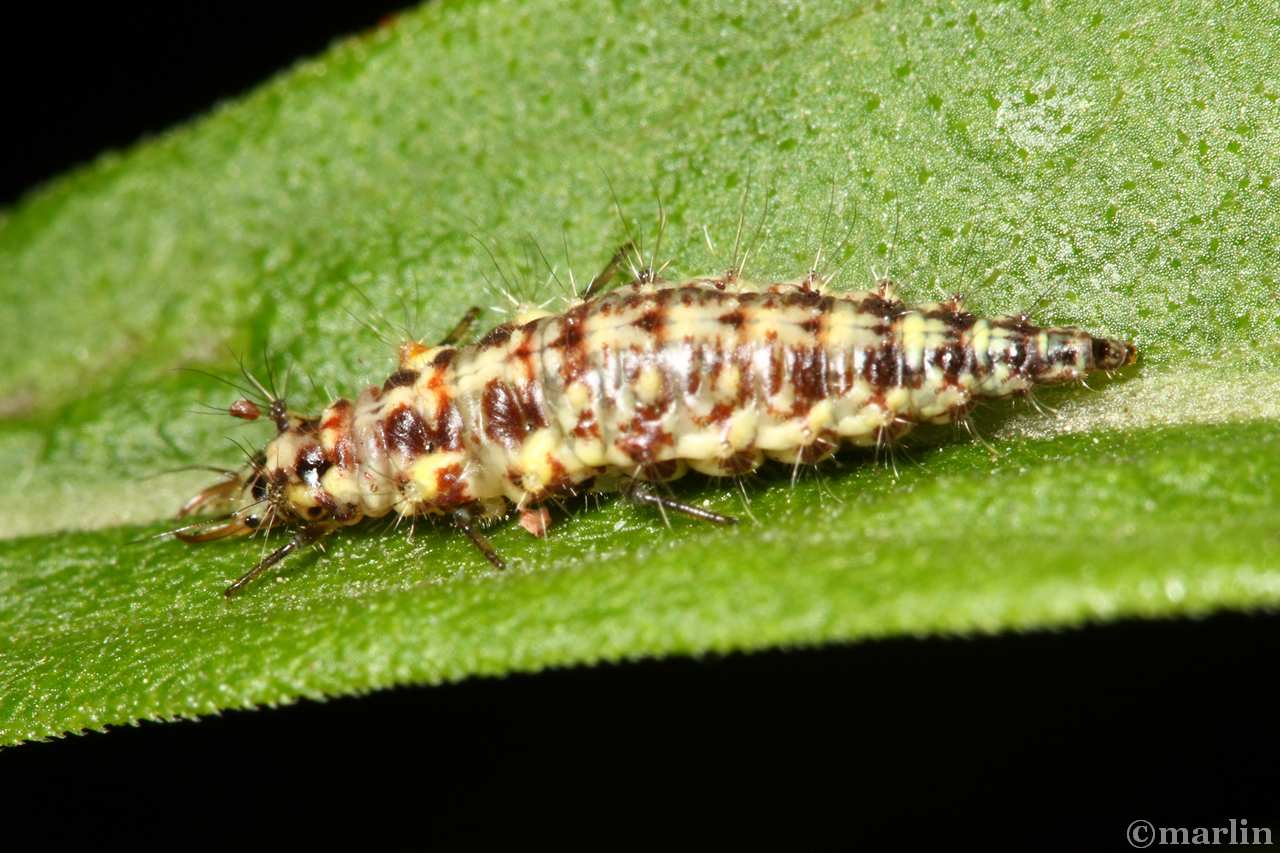 I found this aphid lion hanging around a large agglomeration of aphids that were also under attack by lady bugs. This is when I realized what these disgusting creatures were – I had seen them many times before, and been bitten by them on occasion, but never realized what they were. Yes, they bite – and what a bite! The welt will sting and itch for hours afterward. Look at the left end of the above specimen at those pinching mouthparts. 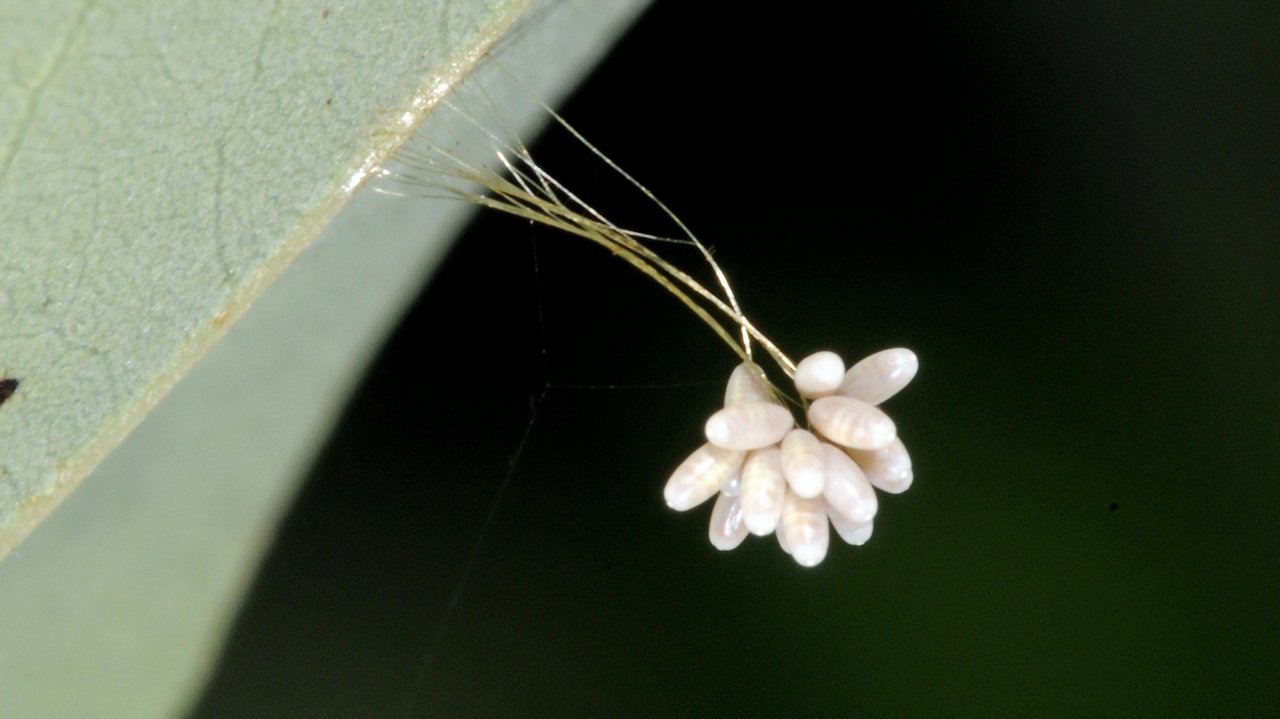 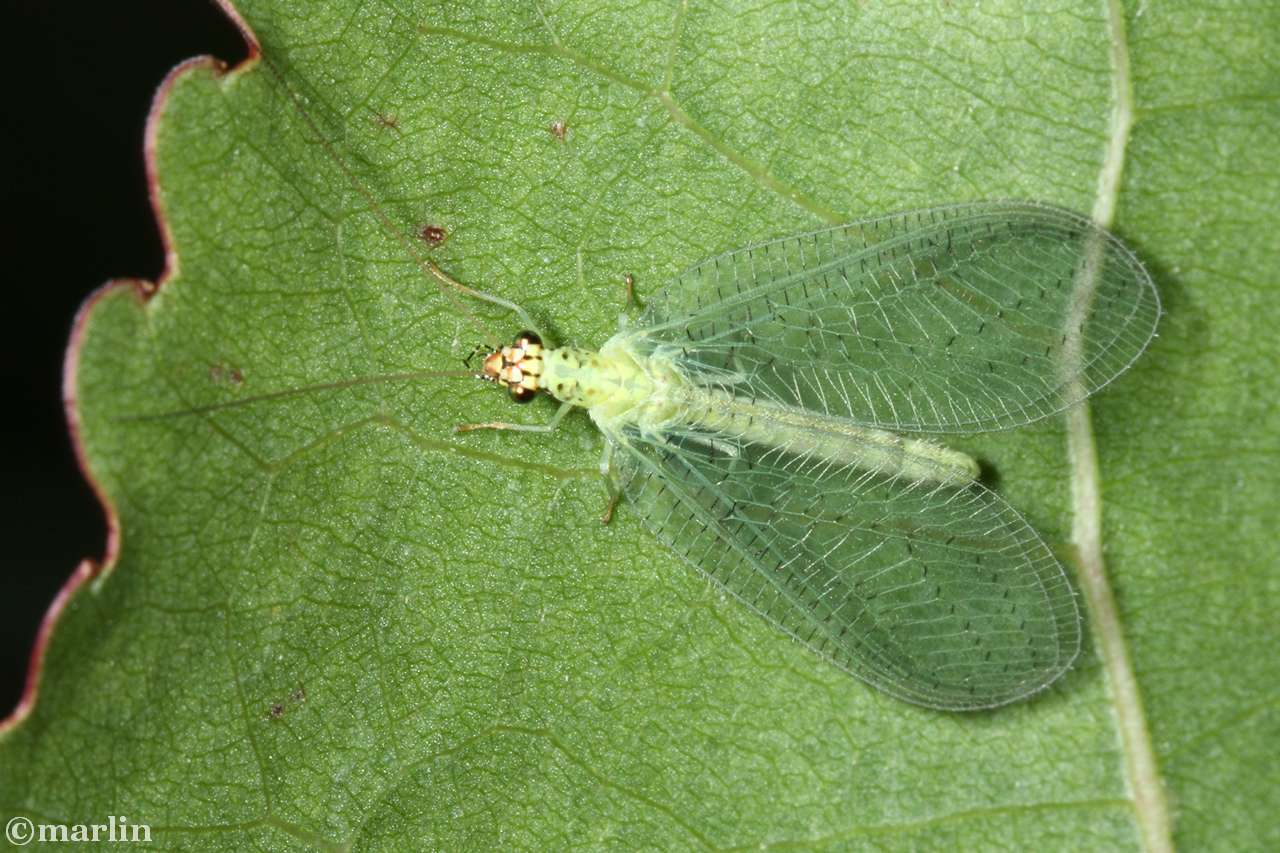 Habitat: Common in grass and weeds and on the foliage of trees and shrubs. I find these critters nearly everywhere in the wild.

Food: Some adults are predators, others take liquids such as honeydew, and some take pollen. Larvae are carnivorous and subsist chiefly on aphids.

Life Cycle: Eggs are characteristically stalked. Larvae are highly predatory, mostly on aphids and are often called aphidlions. The larvae pupate in silken cocoons that are generally attached to the underside of leaves.