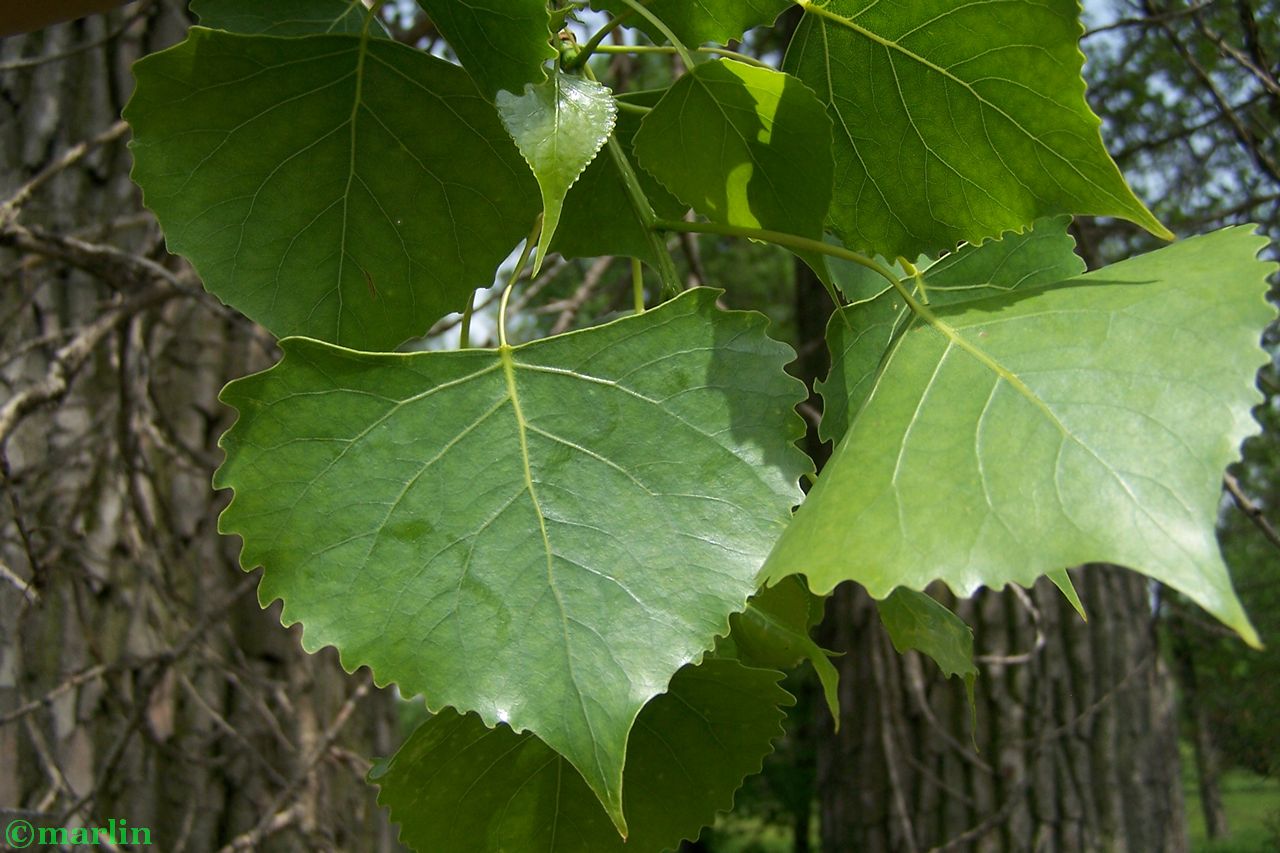 Eastern cottonwood, one of the largest eastern hardwoods, is short-lived but the fastest-growing commercial forest species in North America. It grows best on moist well-drained sands or silts near streams, often in pure stands. The lightweight, rather soft wood is used primarily for core stock in manufacturing furniture and for pulpwood. Eastern cottonwood is one of the few hardwood species that is planted and grown specifically for these purposes.

Eastern cottonwood grows along streams and on bottom lands from southern Quebec westward into North Dakota and southwestern Manitoba, south to central Texas, and east to northwestern Florida and Georgia. It is absent from the higher Appalachian areas and from much of Florida and the Gulf Coast except along rivers. 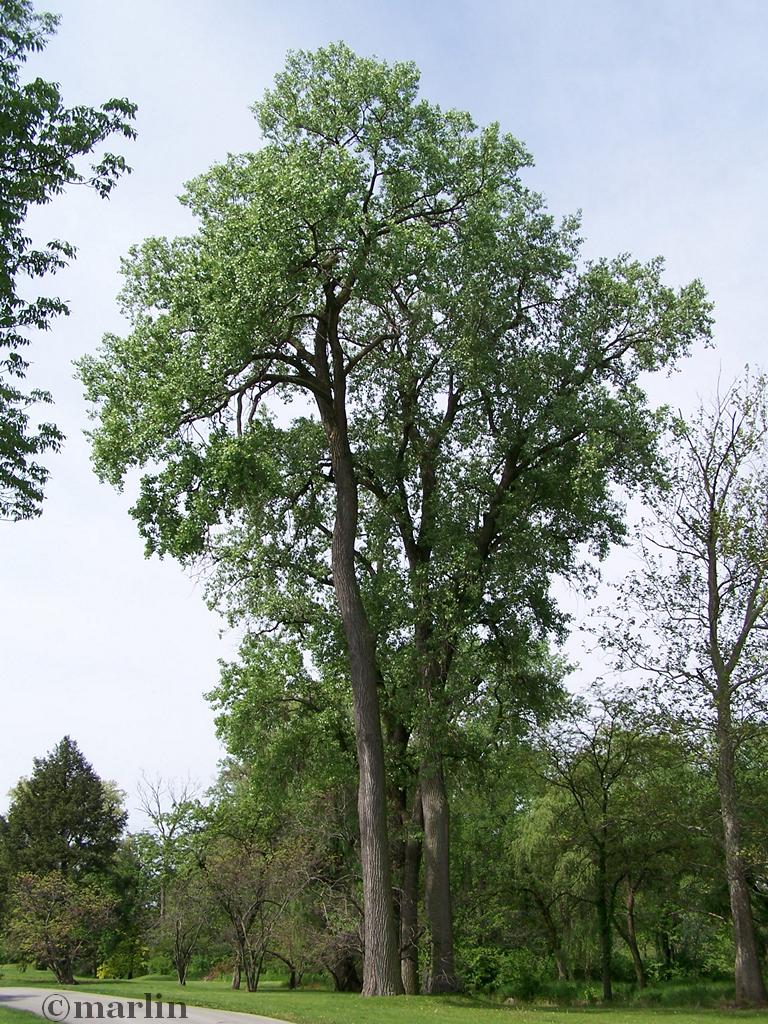 These huge cottonwoods at the Morton Arboretum are well over 100 feet tall. Their age is unknown. Eastern cottonwood is frequently planted to give quick shade near homes. Male clones, which have none of the objectionable “cotton” associated with seed, are preferred. Windbreaks are occasionally established with cottonwood as a component. Cottonwood is suitable for soil stabilization where soil and moisture conditions are adequate. 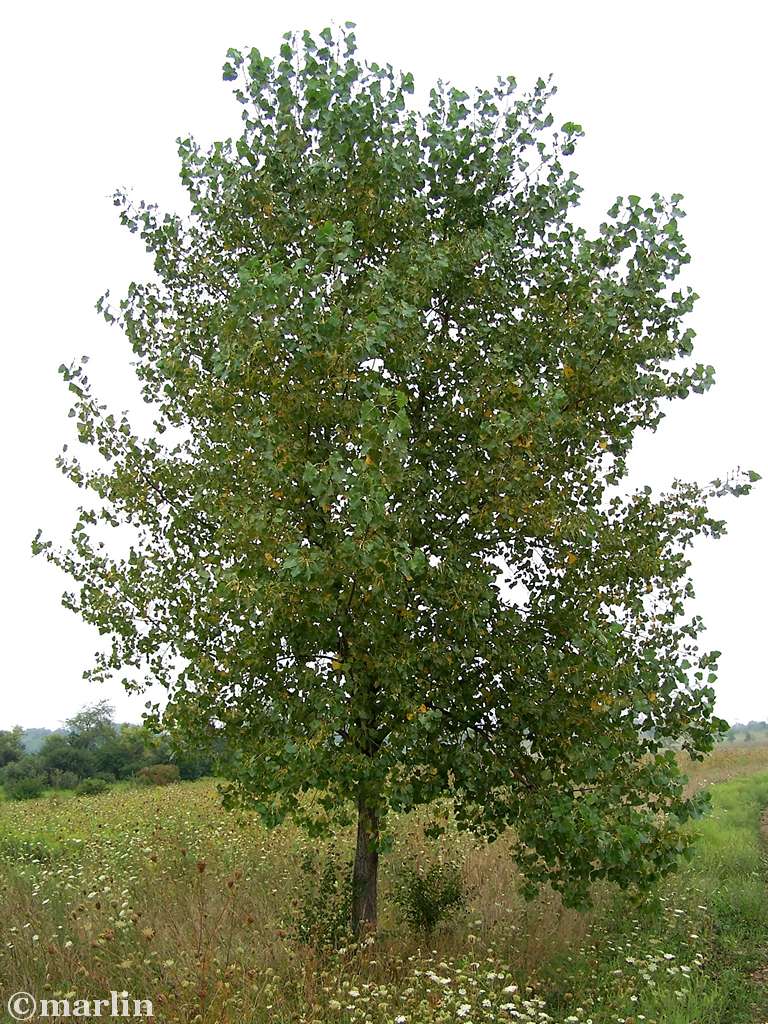 Seed Production and Dissemination- Seed production starts when the trees are 5 to 10 years old, increasing rapidly in amount as the trees become older and larger. Estimates of annual seed production of a single open-grown tree have been as high as 48 million seeds.

As a homeowner whose property contains two over-100-year-old female cottonwoods, I can attest to the fact cottonwood fluff can be a real pain in the ass. My garage in springtime accumulates snowdrifts of fluff that must be kept swept out because it’s a real fire hazard. However, I think it’s a small price to pay for the services of these huge, sturdy shade trees. 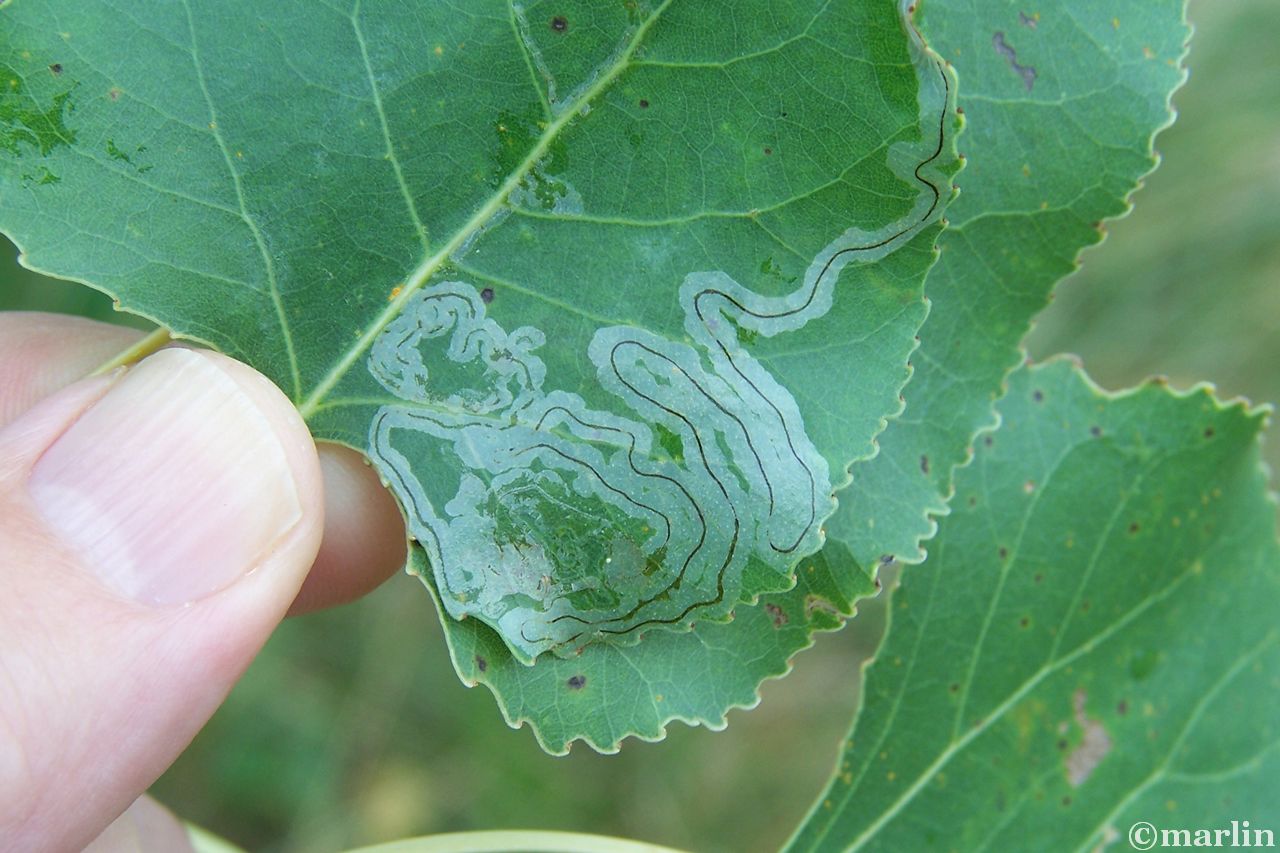 Leafminers are insects that develop and live within the leaves of plants. Typically, the leaves are injured by the insect feeding on the soft interior tissues so that only the papery, thin covering of the exterior leaf surfaces remain. Cottonwood blackmine blotch leafminer: This beetle larva produces an unusually dark and distinctive blotch leafmine. The yellow and black adult beetle can be found chewing and skeletonizing small areas in the exterior leaf surface from late June through July. They also lay eggs during this period. Later the larvae initiate mines. The image above shows a so-called serpentine leafmine. 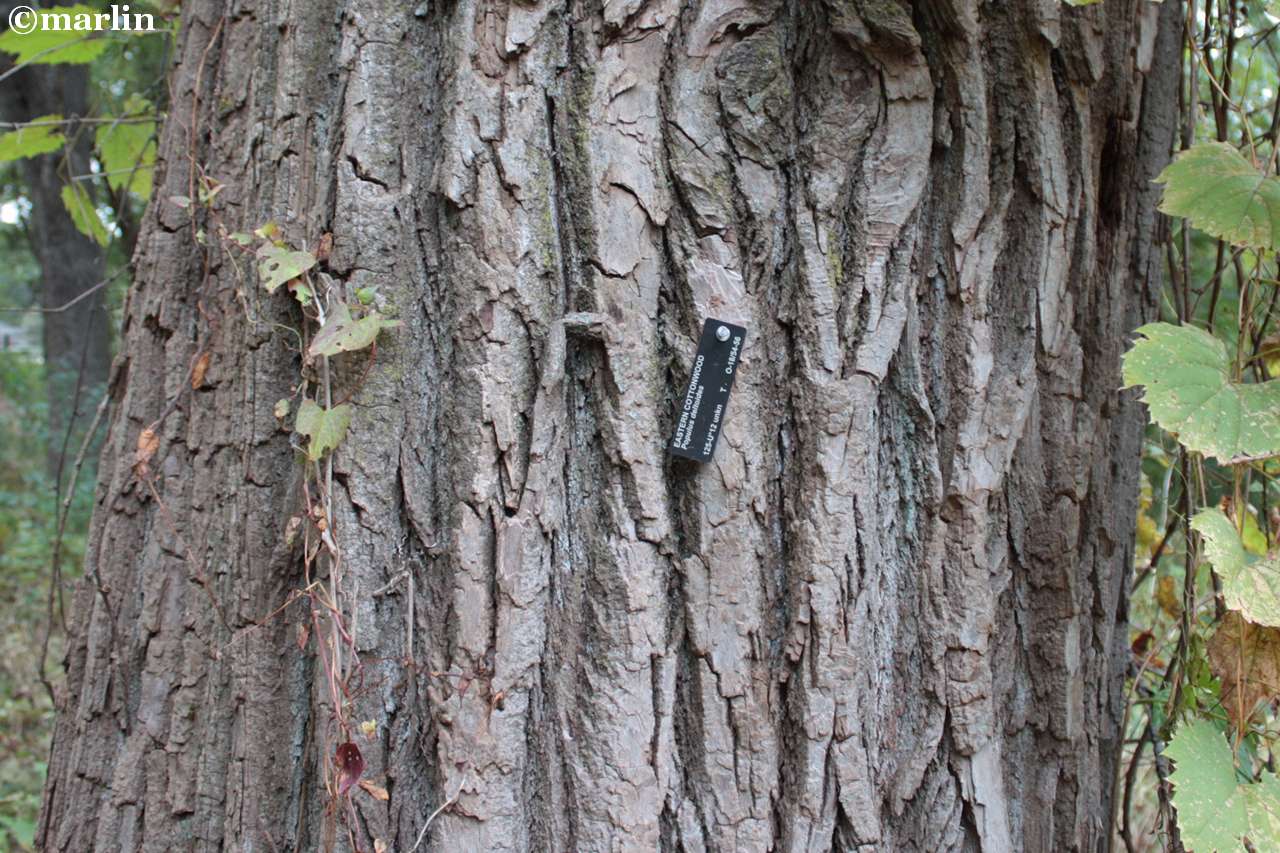 The outer layer of sapwood is very thin; consequently, even small-diameter stems give long service as stakes and posts (40,43). About 3 million posts were sold annually in Kansas during the early 1970’s. The branch wood was used by the Osage Indians for making bows and is still recommended by some archers today. The chemical properties of the fruit, seed, roots, bark, and wood may be more important than the structural qualities of the wood. A number of extractives have been identified by researchers, but they have not yet been employed by industry.

Numerous organic compounds have also been obtained from various parts of the tree. An antifungal agent and a nontoxic antibiotic useful as a food preservative have been extracted from the heartwood. Osage-orange in prairie regions provides valuable cover and nesting sites for quail, pheasant, other birds, and animals, but the bitter-tasting fruit is little eaten by wildlife. Reports that fruit causes the death of livestock have been proven wrong by experiments in several states. [1]

Family Salicaceae – Willow, Cottonwood, Aspen
There are only two genera in this family, Salix (willows), with about 300 species, and Populus (poplars), with barely 40 species. Salicaceae are found throughout the temperate parts of the world, with the majority of species occurring in the north; both willows and poplars have a strong affinity for water.
Tree Encyclopedia | Tree Index | Walnuts, Hickories, Butternut, Pecan