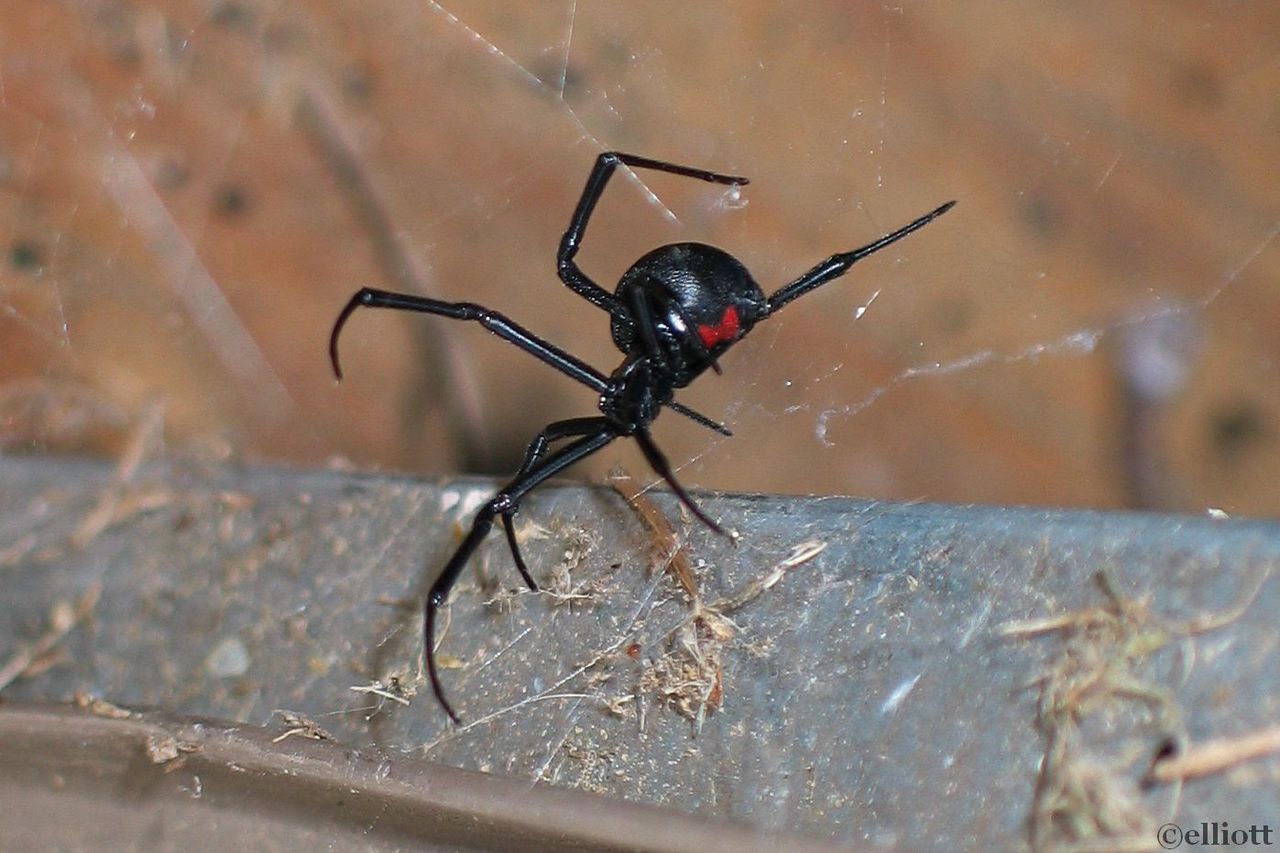 The black widow spider, found worldwide, is infamous for its neurotoxic venom. Black widows are part of the cobweb spider family Theridiidae. All spiders, with the exception of one family, use venom to protect themselves and subdue their prey. Spider venom falls into two categories: neurotoxic and cytotoxic. Neurotoxic venoms interfere with the transmission of nerve impulses to the muscles, frequently causing spasm and paralysis. Neurotoxins act rapidly, important to spiders confronted with large or dangerous prey intent on escape or retaliation. 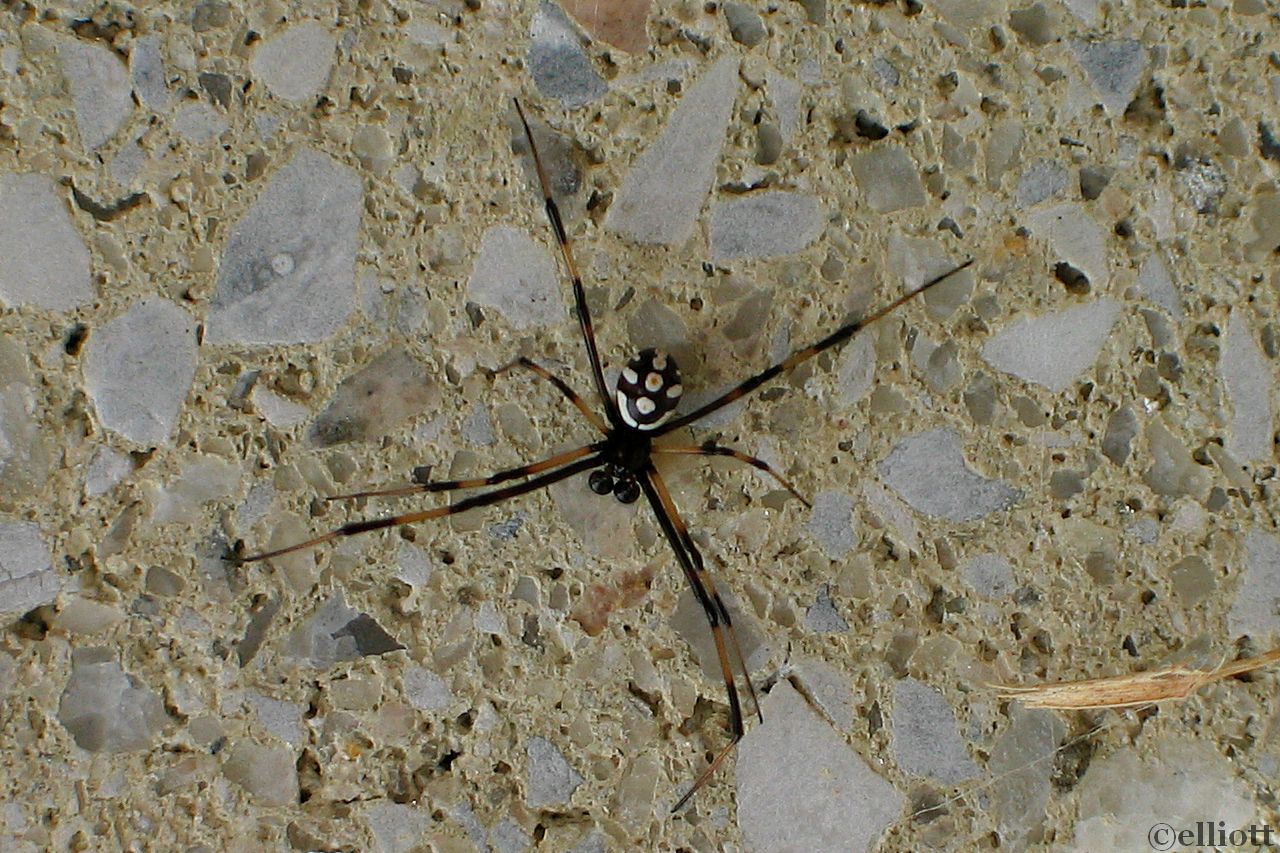 Cytotoxins act more slowly. They slow down the prey, and actually begin the process of digestion by liquefying the tissues of the prey. Such venom can cause tissue necrosis in mammals, wherein the flesh surrounding an injection site dies, and heals very slowly or not at all. The brown recluse spider uses cytotoxic venom. 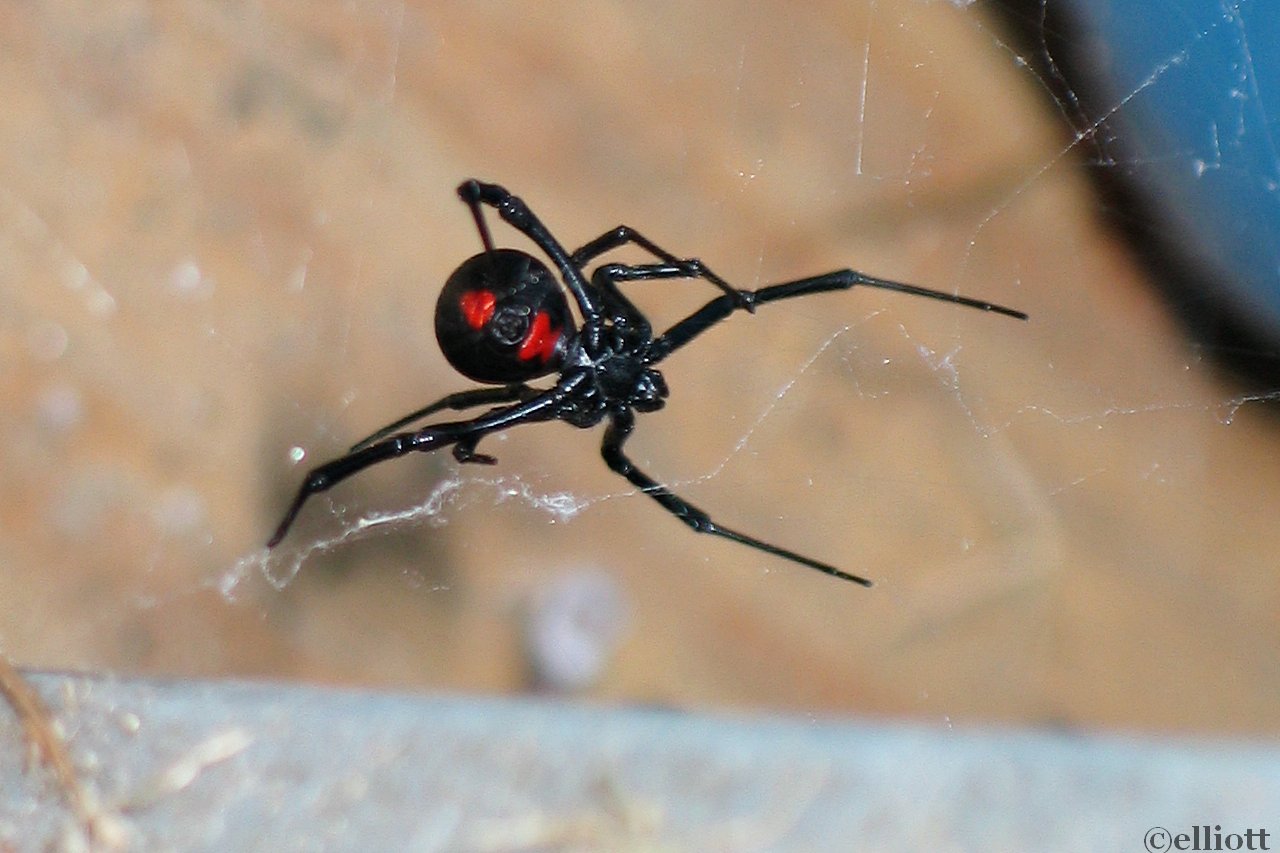 Adult female black widow spiders are glossy black with an hourglass-shaped marking on the underside of its abdomen. They also bear a small, usually red (colors vary) dot near the spinnerets, which is separate from the hourglass. In L. variolus, the two halves of the hourglass shape may be separated into two separate markings.

A large female black widow spider can grow to about 1.5 inches (37 mm), counting leg-span. Male black widow spiders are half the size of the female. They have longer legs and a smaller abdomen in relation to their body size. They are also usually dark brown with varying colors of stripes/dots, with no hourglass mark. Adult males can be distinguished from juvenile females by their more-slender body, longer legs and large pedipalps. 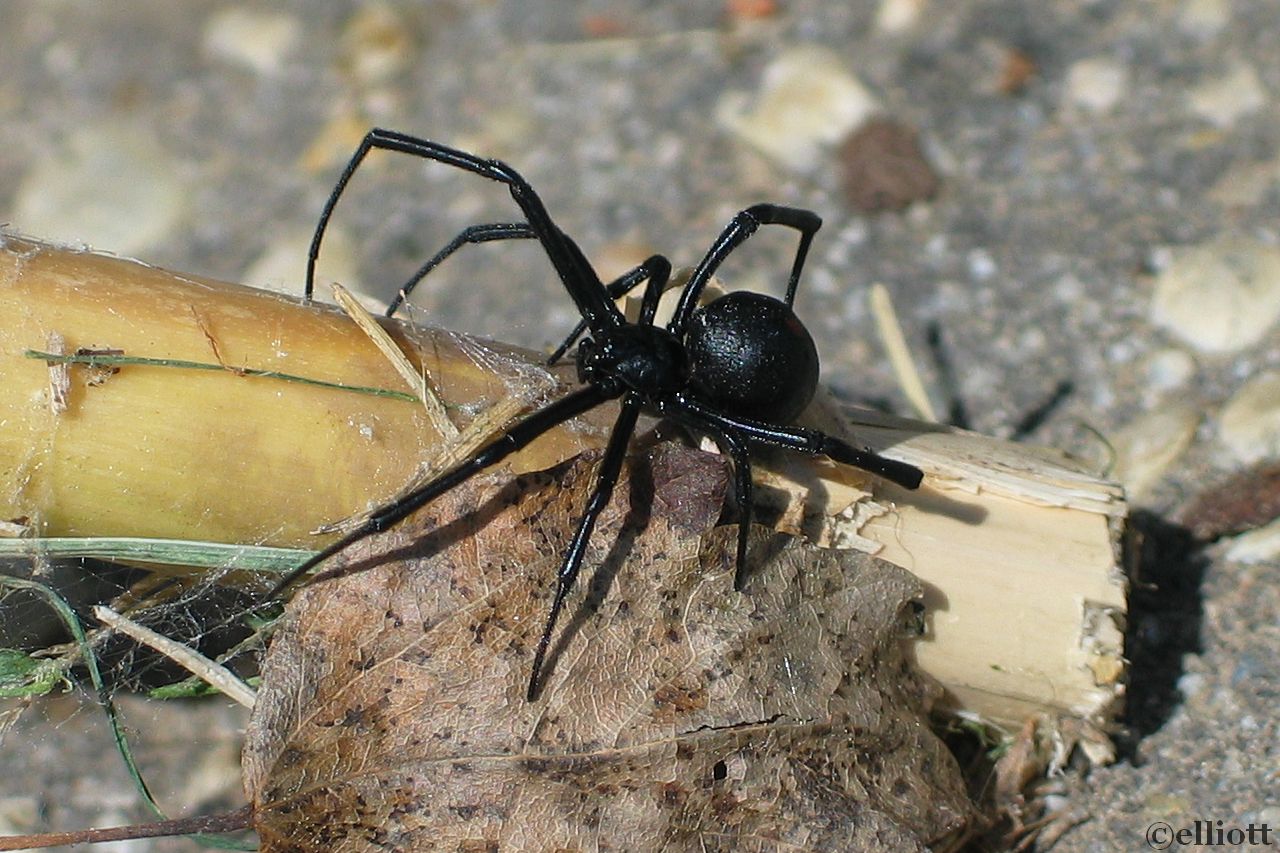 The female deposits her eggs in a globular silken container in which they remain camouflaged and guarded. A female black widow spider can produce four to nine egg sacs in one summer, each containing about 100-400 eggs. Usually, eggs incubate for twenty to thirty days. Black widow females can live five years, while a male’s lifespan is much shorter. The female only rarely eats the male after mating, and L. mactans is the only widow species in which this form of cannibalism has been observed in the wild.

Tree Encyclopedia / North American Insects & Spiders is dedicated to providing educational resources for our users through macro photographs of flora and fauna in their natural habitat.