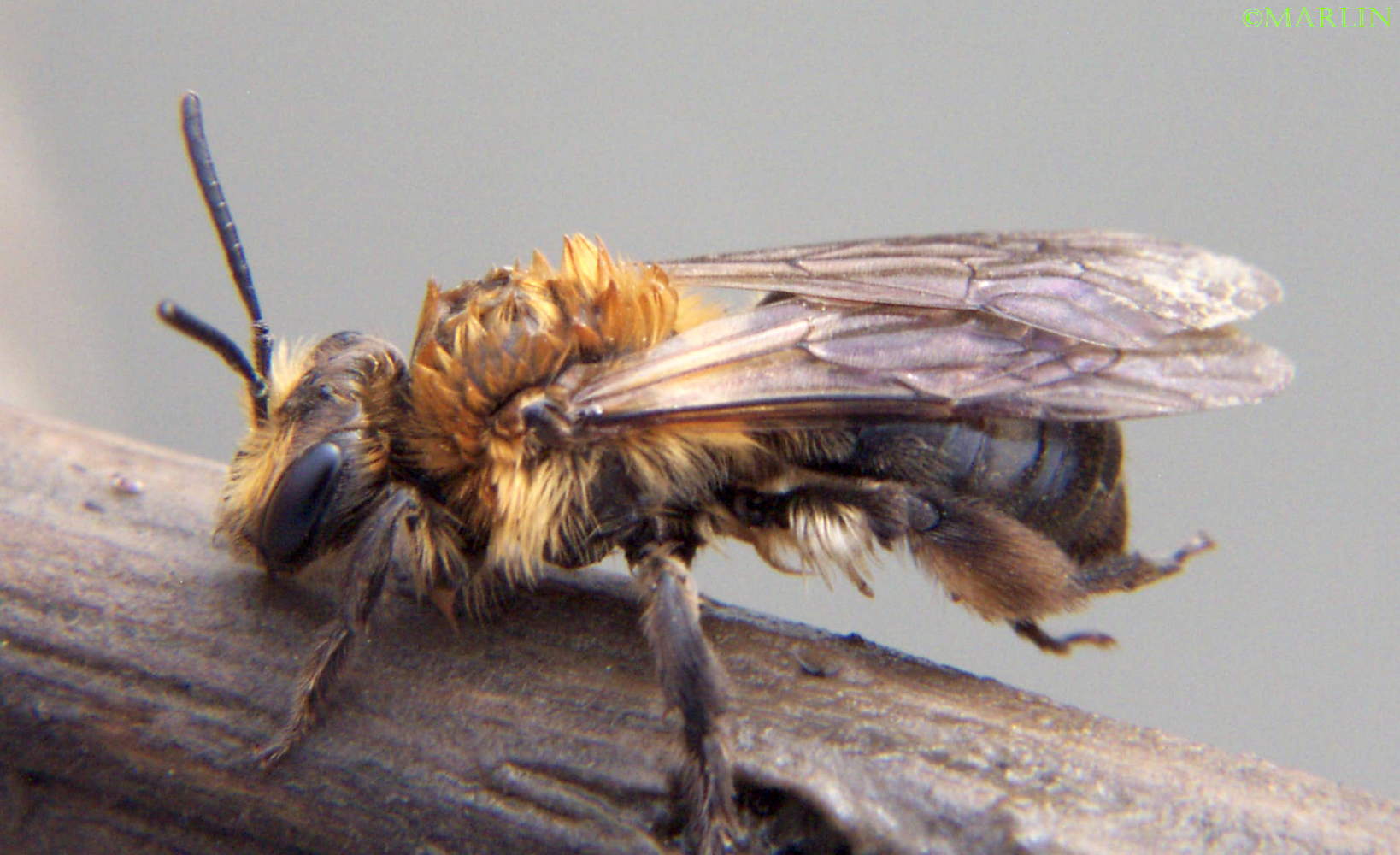 For some unknown reason, there were a whole bunch of these bees that looked like they had been submerged in water. Some of my earliest photos with a digital camera, way back in 2001.

These medium sized bees usually go unnoticed as they feed by collecting nectar and pollen from many flowers in gardens and meadows. They build underground solitary nests. Covered densely with yellow and black hairs, they resemble carpenter bees. Wings are clear but smoky at the tip. The forewings have a small spot on the leading edge with the hind wings having a jugal lobe at the wing base.

Sand and clay banks lacking ground cover are attractive nest sites. The nest entrance is hidden by a down-slanted chimney composed of mud. Inner-branching mud-lined tunnels extend from this chimney, partitioned into brood cells, each containing one egg. Adult bees place honey and pollen in each cell to provide food for the developing larva. Larvae overwinter in the brood cell, pupate and adults emerge in late spring. 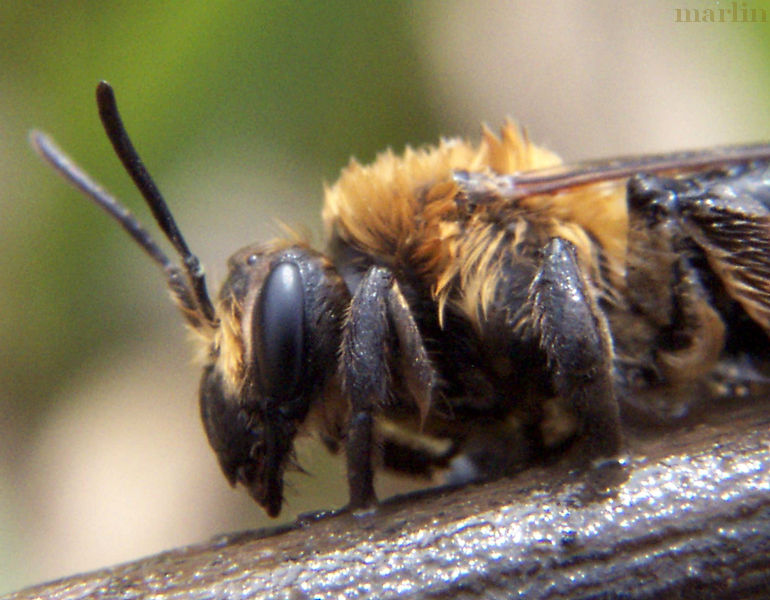 Anthophorid Bees, with over 900 species in North America, are most diverse in the western U.S.